It becomes a problem when you just don’t know if a national political correspondent is either functionally ignorant or a liar.

During a segment called “CITIZEN by CNN”, he claimed Donald Trump was “the original birther” with regards to Barack Obama’s eligibility to be President of the United States. Acosta went on to call President Trump a liar and “birther in chief”.

There’s only one problem for him and others from his channel: Donald Trump was NOT the first person to question Barack Obama’s eligibility and origin of birth.

The first person was a Hillary Clinton supporter, is a Democrat, and it wasn’t during the 2016 presidential campaign but in 2008….

Like the whitewashing of their murderous history, Democrats like Acosta would much rather smear Donald Trump, calling him the “original birther”, than admit that it was a pro-Hillary Democrat who started questioning Obama’s eligibility and with good reasoning. Imagine if Democrats had to admit they fraudulently pushed a candidate on the American people who had no business being elected to one office, let alone three. Talk about a Constitutional crisis. 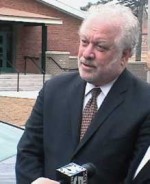 Pennsylvania’s former deputy attorney general and Sen. Hillary Rodham Clinton supporter Philip J. Berg has filed a lawsuit in federal court in Pennsylvania accusing presumptive Democratic presidential candidate Sen. Barack Obama of lying about his U.S. citizenship, which would make him ineligible to be president. The suit, filed in U.S. District Court in Philadelphia last week, also names the Democratic National Committee and the Federal Election Commission and says Mr. Obama’s mother went to Kenya late in her pregnancy and ended up giving birth there. It also claims that later in life, Mr. Obama declared himself a citizen of Indonesia.
— Washington Times, 8/28/08

Acosta is either ignorant of fairly recent history or he’s deliberately lying. Democrats have a history of whitewashing their past misdeeds to an ignorant population they educated. Donald Trump was NOT the original birther and news personalities should know that.

Jim Acosta would probably feel quite insulted about being called a liar, even when there’s proof he is or (ever worse)he’s ignorant.

How does it feel?

Politifact called Obama’s If you like you doctor, you can keep your doctor… the Lie of the Year.

Some of us still believe THAT was the biggest, most expensive and personally damaging lie in American political history, told at least 37 times that ended up costing Americans millions directly out of pocket.