Disingenuous liberal Democrats and their media are lashing out at President Trump and his supporters, calling them “white nationalist” racists for defending our sovereign borders. They use the power of overpaid news commentators, partisan academia and the politically-irrelevant in the entertainment industry to invoke get-out-the-vote fear while whitewashing their own use of fear and race when it was an imperative to get Democrats elected.

The problem for a Don Lemon without integrity is that Democrats have used race as an election weapon for decades and their messages were clearly meant to invoke fear while their politicians took the same stance on illegal immigrants as Donald Trump. But as long as he doesn’t mention the Democrats’ previous message and inconvenient tactics, it’s like it never happened and that’s just how dishonest, nonobjective pundits like Lemon want it. 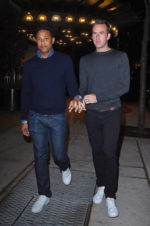 CNN’s Don Lemon is the latest, liberal Democrat Stepin Fetchit to push the race narrative and has gone as far as declaring the “biggest threat ” is the “white guy”.

All white people are racist… except the ones you know.
— Bob Parks mocking liberals, 2002

Okay, maybe not all white guys.

Had he worked for a traditional news entity with integrity, Lemon would not have been allowed to call the President of the United States and his supporters racist because Democrats have been far more blatant in their use of race for political gain. Lemon, like MSNBC’s Al Sharpton, knows he won’t be fired because he can play the gay-black discrimination card but since CNN is all-in against anything Donald Trump, anything goes.