‘Reformed Republican’ Proves How Stupid Some Conservatives Are

Frauds like Joy Villa, Candace Owens, Stacey Dash are fortunate because they know how to monetize their “activism” despite a lack of any kind of history and subsequent vetting from the conservative base.

They appeal to the naive who know nothing about them. The template is out there for all to see and utilize.

A woman identifying herself as “Reformed Republican” posted a photo of herself in a “Make America Great Again” hat and announced she refused to hide any longer. 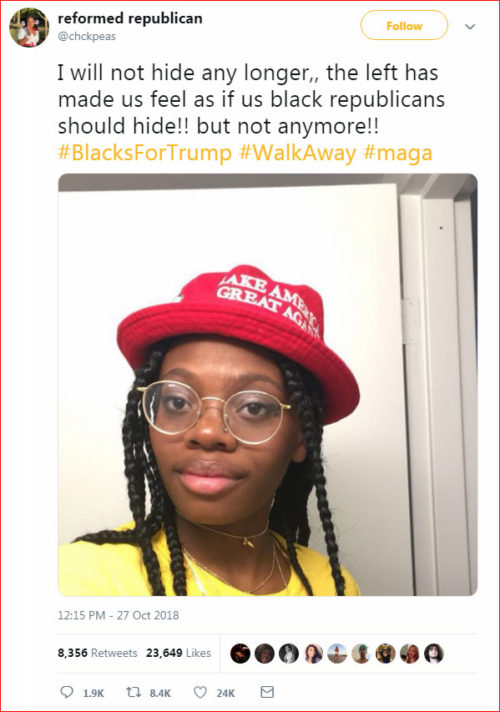 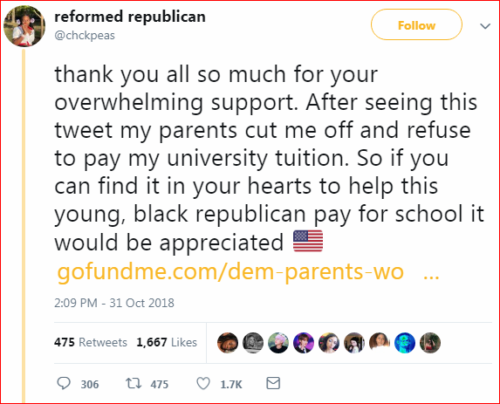 The way the story ended, however, was not the way Republicans would have hoped. She posted a GoFundMe link to a since-deleted request for help. She raised over $150,000 off of conservative donors.

Once she was finally outed, she explained that it wasn’t stealing because Republicans aren’t people, to begin with.
— RawStory, 11/4/18

We’ve repeatedly warned conservatives to vet those they blindly embrace and we’re admonished because if they saw that person on FOX NEWS, that’s all they need, despite the fact Fox News doesn’t issue retractions when they get suckered.

Sadly, people who want to be a part of something on Facebook and wish to appear tolerant and inclusive, are easy pickin’s for those who look down on you as stupid.

You keep proving their point.