Sadly it only takes a few boneheads with a social media megaphone to make false declarations a political and media action line.

Sorry, not true but who are we to debate the wisdom of @AOC and Rashida Tlaib.

The truth is another casualty.

No one will deny that racial hatred is an evil ideology, and that people who kill in the name of white supremacy commit evil—but is it true that white extremists are sowing a growing amount of worldwide mayhem?

The evidence suggests otherwise. Even a superficial glance at the record indicates that of the nearly 20,000 people killed in thousands of extremist killings in 2017, white supremacists were responsible for very few. Almost all the world’s extremist violence is concentrated in a handful of regions, where very few white people live.
— City-Journal, 4/8/19

Last week, the New York Times ramped up the fear-hysteria claiming “white extremist” violence is on the rise and poor Muslims are the preferred targets of racist Caucasians. 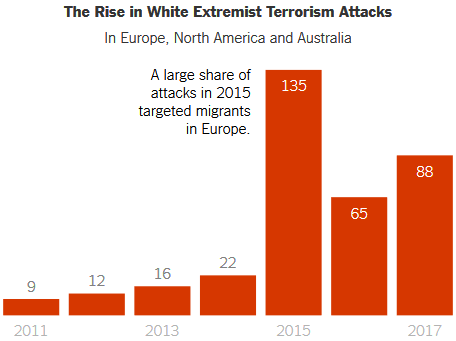 BTW — Would some certain oft-repeated liberal media narratives be inconvenient to collateral facts?

“I’m proud of the fact that, with two weeks to go, we’re probably the first administration in modern history that hasn’t had a major scandal in the White House.”
— President Obama, interview on “60 minutes,” aired Jan. 15

Tell that to those in attendance at the Bataclan theater in Paris. 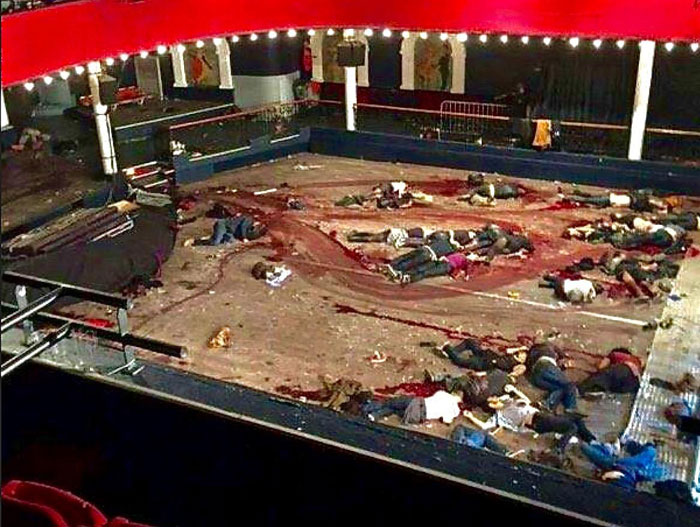 One of the guns used in the November 13, 2015 Paris terrorist attacks came from Phoenix, Arizona where the Obama administration allowed criminals to buy thousands of weapons illegally in a deadly and futile “gun-walking” operation known as “Fast and Furious.”
— Judicial Watch, 6/29/16

The terrorists in Paris killed 130 people and ISIS claimed responsibility for the attack; not “white extremists”. The FACT is the vast majority of the over 20,000 killings in 2017 were insignificant black people in Middle East, African, and Asian nations and the killers were Muslim. Most of the victims were Muslim, followed by those Christians who refused to convert to Islam.

The supposed attempted purge of “white extremists” in the United States is not about reducing the scourge of domestic hate but the rationale to target and silence Republican and conservative voices prior to the 2020 elections.

Now, why would Democrats be worried about the next election cycle?