Hostile Partisan Work Environment? The Chutzpah of Liberals to Complain

As conservatives, we’re fully able to cohabitate and work with liberals and do so every day. But if you listen to their public outbursts and actions, it’s also well known that liberals are very intolerant people who have problems with us even being in the same room with them. 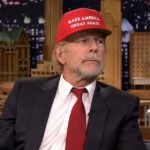 For example, it’s a well know fact there IS a blacklist against Hollywood conservatives. Unless you’re an A-list entertainer, even a hint of Republican orientation can result in your never-going-to-work-in-this-town-again. Whether we’re talking Los Angeles, New York City, Washington, D.C. or any other progressive enclave, employed Republicans must keep their political views to themselves and have had to do so for decades.

Political discrimination is a topic very seldom reported in the it’s-no-big-deal media because it’s proudly practiced against conservatives, but now it will be an issue in need of yet another “discussion” because it could be happening to (heaven forbid) … liberals.

OIG found evidence of leadership and management deficiencies and mistreatment of career employees in the Bureau of International Organization Affairs (IO). These inappropriate practices included disrespectful and hostile treatment of employees, accusations against and harassment of career employees premised on claims that they were “disloyal” based on their perceived political views, and retaliation associated with conflicts of interest.

During the course of this review, OIG received allegations that two personnel actions were undertaken by IO leadership for improper motives: the removal of the IO Principal Deputy Assistant Secretary (PDAS), a career senior foreign service officer, and the cancellation of the selection process for a career position in the IO Office of Human Rights and Humanitarian Affairs. OIG found evidence that both actions by IO leadership were likely based on non-merit factors and thus violated Department policy.
— Office of Inspector General Review, August 2019

Conservatives have and continue to work in environments where partisan liberals fearlessly blurt out their disdain for Republicans, President Trump and are “disrespectful and hostile” to anyone not a Democrat. Thus conservatives are routinely passed over and/or outright ignored in hiring in blue areas if any hint of their party affiliation is discovered. There is no redress.

The Friends of Abe is a small group of Hollywood conservatives who meet anonymously, with the exception of a few well-established high-profile members, because they know damn well they’ll get blacklisted into oblivion if they’re outspoken in their political views.
— Human Events, 1/24/14

In the United States it’s widely perceived that we have rights guaranteeing “freedom of association”. Unfortunately lawsuits, some of whom were decided by the Supreme Court, have made “freedom of association” more on a case-by-case basis but if there was a class action lawsuit including every Republican (who was forced to either keep his or her political beliefs to themselves under threat of verbal assault or even punitive actions including termination), we’d probably see so many aggressor companies, supervisors, and employees named that today’s whiny headlines about a few liberals being hassled would be beyond a bad joke.

As someone who’s personally felt the sting of the political discrimination lash (even worse because I’m NOT a black Democrat) and know persons on both coasts who have to work with intolerant liberals who make their political views known loud and proud, multiple times per day, let’s not accept the word of a few State Department employees or the media that have too many believing they’re victims. State Department employees, in particular, have been in full dissent mode against the Trump Administration and have plotting behind the back of the boss since his inauguration.

Try that at your place of employment see what happens once the boss finds out as this kind of public dissent and disrespect is NOT limited to the State Department.

Employees from two Department of Agriculture research agencies stood and turned their backs to Agriculture Secretary Sonny Perdue at an all-hands meeting Thursday to silently protest a decision to relocate the agencies halfway across the country.
— CNN, 6/13/19

Think about the cultural contempt and partisan unity it would take to do something like this.

Again, NO ONE should have to be concerned about retaliation over their political affiliation, especially at the workplace. But until either everyone has to keep those views to themselves, everyone can speak freely without genuine concern it could cost them their jobs, don’t buy into the media narrative that poor liberals are being bullied on the job and it’s only a Trump-era phenomenon.

That, too, is another media lie.

The long-standing trend of political discrimination against the right has now been verified with numbers!

American workers who like President Trump face sweeping bias against them, with some managers refusing to hire his supporters and those already employed facing discrimination and mockery, according to a new study.

In a survey of hiring managers and workers shared with Secrets, the marketing firm Airtasker found that left-leaning firms are especially anti-Trump, with 20% vowing to reject a job candidate who backs the president.

And those who support Trump and who are already in the workplace face substantial mockery, including name-calling. The survey listed the responses to several examples of what pro-Trump workers face:

This has been going on for decades in the workplace. It’s only now that the intolerant left has been so emboldened, it’s being documented.

The survey found that even more than Trump, a job candidate’s view on race and gender politics will help, or hurt, their chances of getting a job.
— Washington Examiner, 8/19/19

Maybe that explains it….