When Stereotypes May Be Based on Uncomfortable Truth 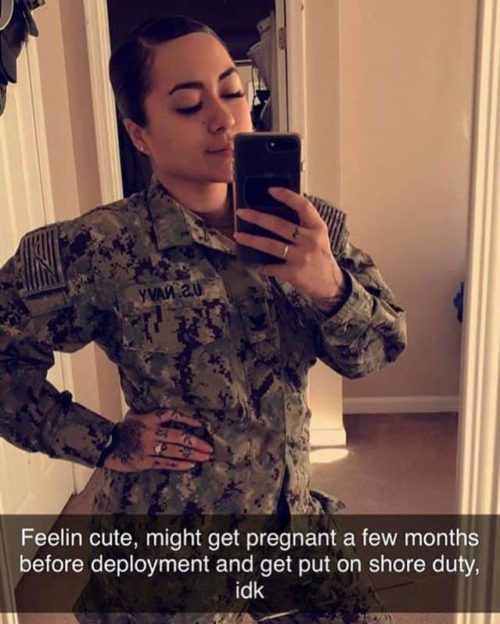 As you can imagine, this spurred some passionate conversation.

But it was this comment that got me, personally….

Let’s put this into proper perspective for some of the know-it-all young f**ks.

While at sea on the carrier USS Midway, 4,500 sailors, Marines and squadrons onboard had to eat. That required periodic “at-sea replenishments” where supply vessels would come up alongside and in most cases, pallets of food supplies would be helo’d from the deck of the supply ship to the flight deck of the Midway. Once delivered, the contents of the pallets would be taken down to the appropriate areas of the ship.

So how was this done, considering we’re talking tons of foodstuffs?

A certain amount of crew members would be assigned to what were called “Delta working parties” where a human chain would work upwards of 12 or more hours to pass bags of sugar, flour, frozen foods, etc. below deck.

Boxed lunch-type meals would be provided at the appropriate time so the chain would remain relatively undisturbed. This was also one of the more dreaded duty assignments, albeit a very necessary one while at sea; duty that has yet to be glamorized on the silver screen or military war novels. Those involved were often quite sore after this detail, yet would go right back to work and continue the battle group’s mission.

I participated in many Delta working parties so I can attest to the necessary misery.

So how does this relate to the women-in-the-military friction? Because there are two sides to every story.

While on liberty outside the former Subic Bay Naval Station in the Philippines, I met a fellow sailor at a bar and we struck up a conversation. He worked on a supply ship and at that time during the late 80’s, women were only allowed to serve on non-combatant vessels.

As we all know sentiments can be more forthcoming while under the influence, this sailor shared some of the challenges he personally experienced regarding his fellow female shipmates. You see, while I participated on Delta working parties taking the supplies down into our ship, it never dawned on me how all of those foodstuffs got on the pallets in the first place. Supply ships had Delta-type working parties doing the reverse.

However, this sailor was extremely resentful that many of the women assigned to his supply ship would suddenly come down with those monthly female issues right around the time of a Delta working party. Strangely enough, he also said that those monthly issues would occur several times a month coinciding with Delta working parties. As you can imagine, this caused a great deal of angst amongst the male sailors, especially because they could get in a lot of “sexual harassment” trouble if they even dared question the validity of a female’s issue in having multiple, convenient menstrual cycles.

He expressed his admiration and respect for the few women who’d routinely tough it out with the men.

Yes, we’re in a different time and social issues have been merged into the military, but let’s not forget the simple mission of the Armed Forces: to “kill people and break things” in defense of our nation. Social engineering has created more problems than it’s solved and when women joined the Army, Air Force, Navy, Marines, and Coast Guard, they knew what was expected of them based on the jobs available. Now that we have a military that puts women on the front lines with men, we can also see why the military was segregated by gender.

I had no personal experience working directly with women while I was in the Navy, but I understand the frustration heard. Being in the military is an experience few civilians can relate to because a two-hour movie or television program is a rather poor representation of daily life. But many knew of the potential problems that would occur if you forced young men and women into cramped spaces for prolonged periods. People who expressed those concerns were called sexist and if you did so while in the military, you could be written up and exposed to all manner of potential correction.

It’s admirable women volunteer to serve their country, but like men, let’s applaud those who joined for all the right reasons and not be cowed into silence for pointing out those who have other motives because what those people do, affects all those around them.