While at the Fredericksburg Branch of the Central Rappahannock Regional Library in Virginia to update the latest Skim, we noticed unusual activity on the computer lab’s printer right next to us. A seemingly endless amount of pages were being printed out by two women; one transmitting the pages to be printed from a Mac laptop. 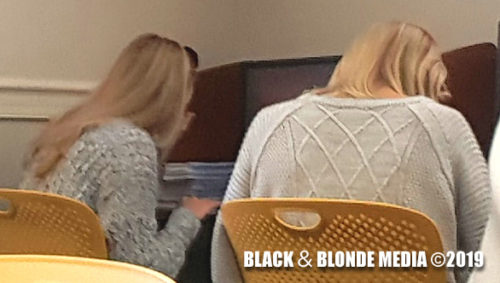 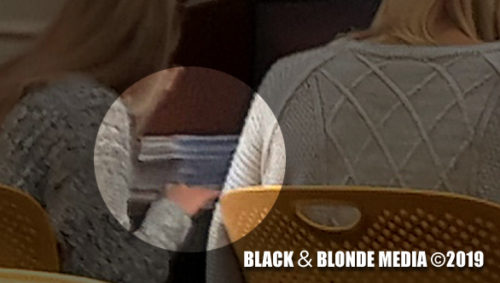 While watching one-sided pages being churned out for several consecutive minutes, we witnessed repeated pages reproduced with the word “healthcare”. We later noticed the header on another page that read “Take the Majority 2019” which confirmed the initial impression that the three-plus reams of paper used was for political activities and a publicly-funded, community service was being exploited.

RICHMOND, VA – Virginia Democrats announced on Wednesday that they will run the largest coordinated field campaign in the Commonwealth’s history to win Democratic majorities in the House of Delegates and State Senate this year. “Take the Majority 2019” is a coordinated campaign by the Virginia House and Senate Democratic Caucuses, the Democratic Party of Virginia, the Way Ahead PAC, and the Democratic Legislative Campaign Committee.
— VADemocrats.org, 6/19/19

In Northern Virginia, almost all of the public libraries require patrons to sign up for access and any printouts must be paid for. In the Fredericksburg area, there are no restrictions to entry, computer lab use, their printers or requirement to pay for paper used.

According to Martha Hutzel, Director of the Central Rappahannock Regional Library, “The policy is people can come in and print whatever they wish to print as long as it’s not pornography” and added that policy includes political materials.

When the women exited the lab, they sloppily left behind “Get Out the Vote” pages confirming our suspicions. 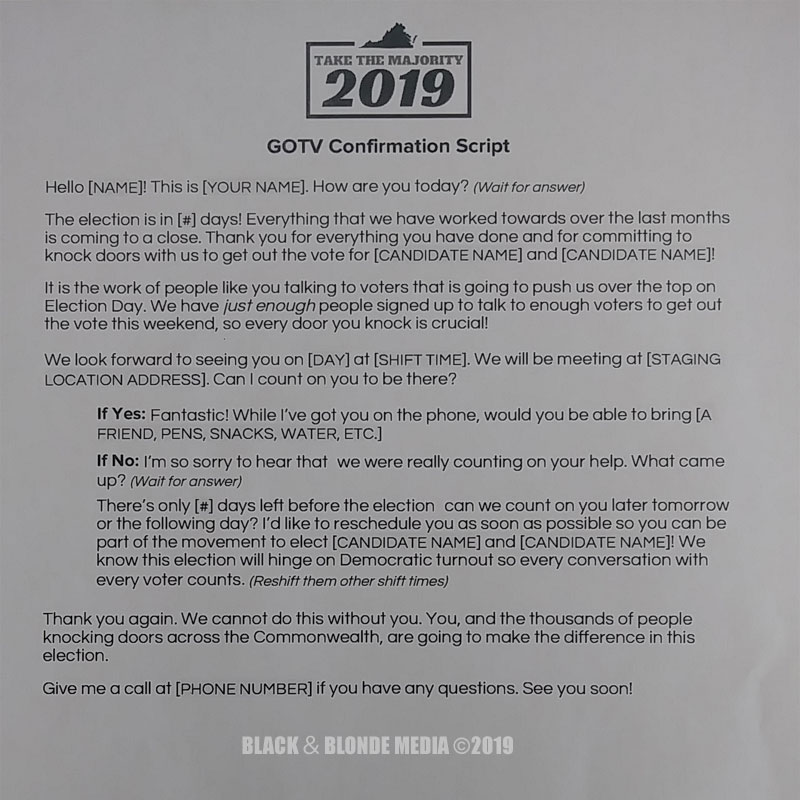 Many public libraries are maintained and operated with taxpayer-funded grants and/or donor contributions, however according to the latest available nonprofit 501(c)(3) filing of The Friends of Central Rappahannock Regional Library, it’s not clear who finances this particular library as no individual donors or grantors are disclosed for public inspection.

For the Democratic Party of Virginia to claim (on paper printed at a public library at the public’s expense) that the printed sheets were “paid for” and “authorized by the candidates mentioned herein” is misleading at the least.

The women hastily left with the large pile of printouts in a white SUV parked behind the library. 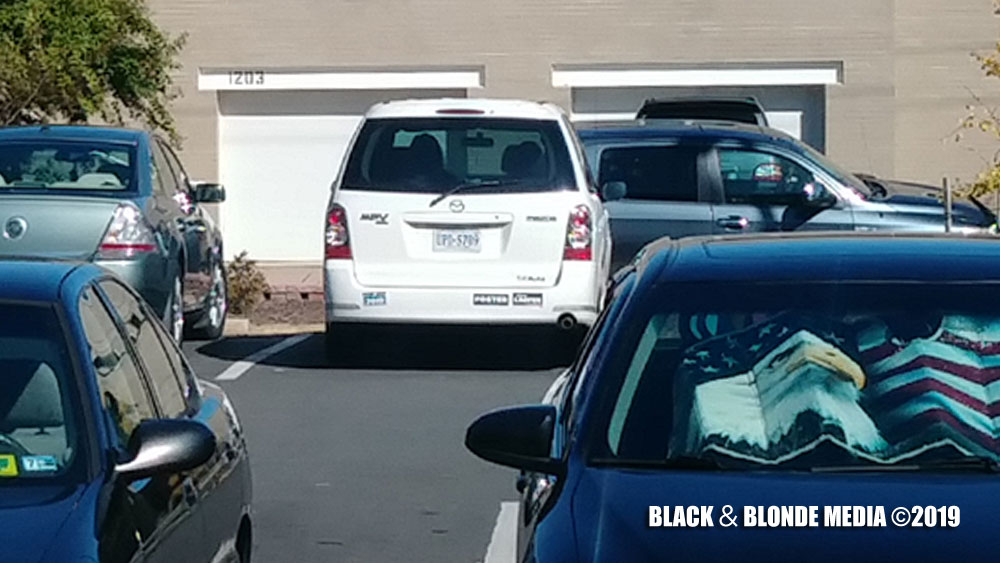 As printer costs vary, the cost of the estimated 1,200 printouts during that visit could also vary between $48 and $96, not including sales tax, to print the pile. That may not seem like a lot in the grand scheme of things, but as we don’t know how often this may have been occurring and for how long, the amount of free resources for the Democratic Party of Virginia may be impressive. And seeing how they didn’t pay for the copies, we may also be talking about a possible abuse of campaign finance law; the use of public facilities for partisan purposes with a dollar amount attached, misleadingly labeled as “paid for” by the “Virginia Democratic Party”.

In-Kind Contribution – The donation of goods, services, property or anything else of value that is offered for free or less than the usual and normal charge; or payments by a third party for goods and services rather than money. The basis for arriving at the dollar value of an In-Kind gift is as follows: new items are valued at retail value; used items are valued at fair market value and services rendered are valued at the actual cost of service per hour. Services are not to include personal services (outside of the person’s professional occupation) for which no compensation is asked or given.
— Virginia Campaign Finance Laws and Policies

It can’t be assumed these women are the only activists to utilize public facilities for the Virginia Democrats, this is the only election cycle it’s ever been done, and it would be a real shame if this revelation were to negatively affect the over 300,000 citizens of the Fredericksburg area who may have to one day pay for services one political party felt someone else had to pay for.