The House and Senate Democrats deemed Hunter Biden an unnecessary witness. They claim Joe Biden’s involvement moot and any attempt to drag him into the impeachment process a direct assault on his presidential aspirations. The media kept his infamous braggadocio during a Council of Foreign Relations event as much as possible from the American people.

Seeing how the Biden’s may or may not be called as witnesses in the Senate phase of the impeachment of President Trump, his team appears to have taken no chances and made sure the American people knew just what all the fuss about Hunter’s $83,000/month position with Ukraine’s Burisma Holdings was about and why candidate Joe doesn’t want anyone looking into it.

Former attorney general of Florida Pam Bondi, a member of the president’s legal team, laid the whole Biden-Burisma saga out for public dissemination, seeing how we couldn’t rely on Democrats or the media….

It’s sad how many Americans were hearing these details for the first time.

Bondi’s presentation now forces the hands of Senate Democrats to compel the Bidens to testify in an attempt to refute the allegations, which is what they’ve been trying to avoid to date, or hope it all goes away with the help of a very capable bias-by-omission media. Whether or not the bait will be taken remains to be seen.

Very few of us could get an $83,000/month position in a business that we knew nothing about or experience in.

Then again if your dad was the vice president, he had no sense of morality and was more than willing to use the power of his office to facility your income and make sure there was no scrutiny, well sonofabitch! 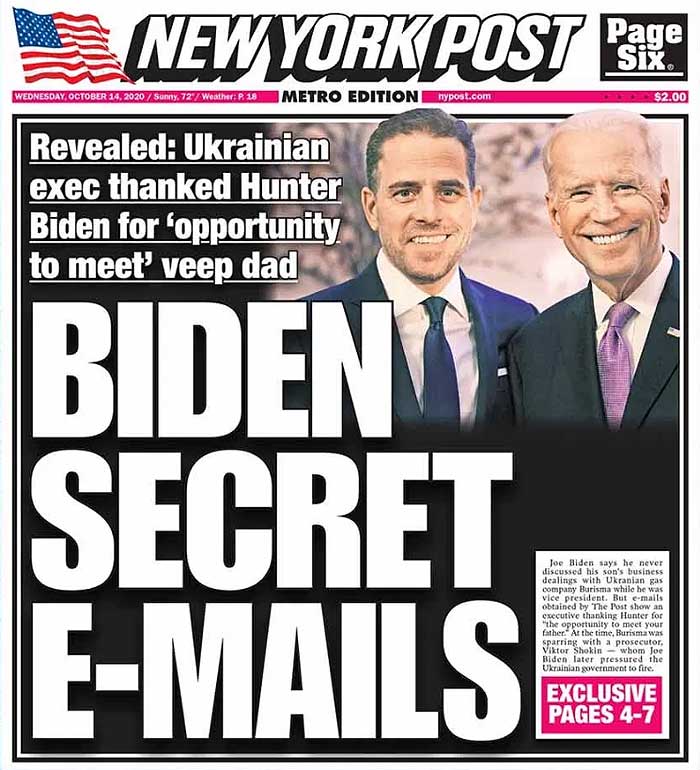 And know the left and their media as we do, a response was short in coming….

Because October surprises are supposed to be exclusively aimed at Republicans