Some of these people have used their celebrity status to insult President Trump and those who support him; some came right out and wished we were dead. And while millions of Americans were forcibly #shutdown, losing businesses, jobs and income, the celebrity class urged us to hang in there with their tone-deaf song renditions and sanctimonious platitudes from their mansion backdrops.

But it now appears that their millionaire status has been affected, their ability to make a living stifled, and despite their not missing a meal or worrying about how they’re going to make their next car payment or pay their rent, “artists” want Congress to bail them out by bailing out the places where they perform.

We, the undersigned artists, respectfully submit this letter in support of National Independent Venue Association’s (NIVA) request for federal assistance for independent music venues and promoters across the United States.

We’ve all read stories about self-absorbed artists with outrageous rider demands for the backstage buffets, are abusive to staff and fans alike, but when they want something simply because they exist, they throw in the word “respectfully”.

We will know America is “back” when our music venues are filled with fans enjoying concerts safely. The live music experience is inextricably tied to our nation’s cultural and economic fabric. In fact, 53% of Americans – that’s 172 million of us – attended a concert last year.

These artists can beg for all the money they want, but notice they want “Congress” to act without a guarantee that Democrat governors and mayors will actually open up their states and cities for concerts. So, they could end up getting a bailout and not have to leave the crib.

We urge you to remember we are the nation that gave the world jazz, country, rock & roll, bluegrass, hip hop, metal, blues, and R&B. Entertainment is America’s largest economic export, with songs written and produced by American artists sung in every place on the globe. All of these genres of music, and the artists behind them, were able to thrive because they had neighborhood independent venues to play in and hone their craft, build an audience, and grow into the entertainers that bring joy to millions.

It’s not just those who play “jazz, country, rock & roll, bluegrass, hip hop, metal, blues, and R&B” who’ve been losing money. It’s the hundreds of music company executives and employees who have no musical talent and have exploited musicians for decades so they can live in pricey neighborhoods amongst the rich and important. If Congress bails out “artists”, you really want us to believe a good portion of that money won’t go to those who are not the “artists”?

Independent venues give artists their start, often as the first stage most of us have played on. These venues were the first to close and will be the last to reopen. With zero revenue and the overwhelming overhead of rent, mortgage, utilities, taxes and insurance, 90% of independent venues report that if the shutdown lasts six months and there’s no federal assistance, they will never reopen again.

Independent venues are important. The local bar is a great place to see bands play cover tunes but the days when record company executives get off their fat asses and frequent independent venues for new talent are long gone. With YouTube and farces like American Idol, the days of playing live to “pay your dues” are no longer a necessity to be discovered.

Using the “independent venue” as the major rationale for a bailout is weak, at best.

These millionaire artists are really being hurt by their inability to play the BIG stadium tours. But what really pisses them off is the first act that will be on stage since the coronavirus lockdown and it will NOT be Lady Gaga or Alabama or Earth, Wind & Fire. 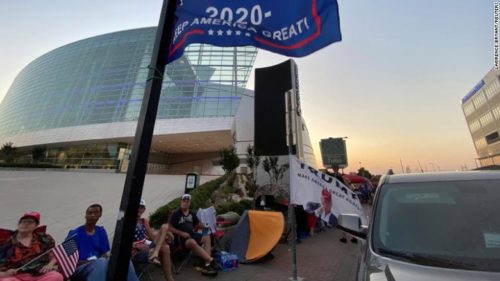 We are asking you to support NIVA’s request for assistance so these beloved venues can reopen when it’s safe and welcome us and our fans back in. The collapse of this crucial element in the music industry’s ecosystem would be devastating.

Independent venues are asking for an investment to secure their future, not a handout.

Anytime liberals call something they want taxpayers to pay for an “investment”, it’s usually something they could never get a majority of the public to support. “Investment” sounds better than the truth.

One Chicago report found that every dollar small venues generate in ticket sales results in $12 of economic activity.

No link or booknote to that “Chicago report”. You’ll just have to take their word for it.

If these independent venues close forever, cities and towns across America will not only lose their cultural and entertainment hearts, but they will lose the engine that would otherwise be a driver of economic renewal for all the businesses that surround them.

With respect and solidarity, we, as artists and as community members ourselves, urge you to pass federal legislation that will help #SaveOurStages.

Out of the couple hundred signers, here are some of the more familiar names….

Many of the names are familiar as they’ve taken to their social media platforms to denigrate President Trump and even express outright hatred of Republicans and those of us who voted to put them in office.

Now, they want our tax dollars so the negative impact of COVID-19 by tyrannical Democrat governors and mayors can be softened.