For those who poo-poo the notion that today’s Democrat-socialists are essentially communists, see if these ring a bell…. 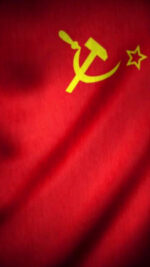 Criticisms of Communist/Marxist Theory
The promise of a glorious, yet imaginary, future: Some have argued that, like Fascism, Nationalism and many religions, Communism offers a vision of an unachievable perfect future, and keeps its subjects in thrall to it by devaluing the past and the present. It claims to represent a universal truth which explains everything and can cure every ill, and any apparent deviations or under-performance are explained away by casuistry and emotional appeals.

Criticisms of Communist Party Rule
Totalitarianism: It is claimed that Communist parties have maintained themselves in power without the consent of the populations and have degenerated into Totalitarianism. They rule by means of secret police, propaganda disseminated through the state-controlled mass media, repression of free discussion and criticism, mass surveillance, and state terror.
— Philosophy Basics, communism

We’re clearly on the way.

What was once subtle is now in our face and it’s amazing just how well the Democrat elite know those who politically oppose them….

Wow. Maybe Sarah Silverman should have a friendly little talk with Antifa who, “wearing all black, tactical riot gear and ski masks”, ARE currently terrorizing neighborhoods with their standard disruption, violence and destruction.

Very “stupid, authoritarian” legislation will soon be on the table.

For those who are reportedly having voters remorse, take a hard look at those who censored valuable information before the presidential election, cancelled those who challenged the election result, and are now literally hunting down anyone who dares not bow down in homage to Biden and Harris. Counter-information was readily available and you chose not to even want to look into it, so don’t act all innocent and shocked.

It will only get worse before it gets better. The only upside is that Democrats habitually overreach whenever they attain power and they will go too far. The next repudiation (and it always happens) should be appropriately harsh because in what is supposed to be a “free society”, Democrats, their Big Tech and media allies deserve to be made politically and socially impotent for decades, if not for good.