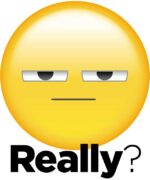 Before I go any further, haven’t we learned anything from reacting to media narratives originating from the left and repeated by the mouths on the right? Don’t we know by now Democrats and their media NEVER give Republicans good advice; if they say one thing, we should almost always believe the opposite? Why are so many now repeating their mantra, in this case, that Donald Trump needs to go?

Seeing how most in the media, political class are useless in any other profession, it’s incumbent on them to keep their gravy train going. In the political world it means not upsetting big money donors, contractors and lobbyists who shower them with unseen perks and help them fund reelection campaigns. In the media, it means no pushback to the myth that they are trusted in the dissemination of news and opinion. Donald Trump is a threat to all of them and the very idea of him running again and possibly winning is something they need to nip in the bud immediately and they rightly assume they can create a fissure between him and his supporters. This HAS to be done and it’s started.

As evidenced by his first term, Donald Trump was a very rare breed of politician: he made campaign promises, he kept them, and the country was physically better off. He did this despite a Democrat, Deep State, and media blitzkrieg that began from his initial presidential announcement in 2015 to present. In the end, the American people ultimately won and despite the latest false narrative that his nominations cost the party the midterm election, an unheard of 80% of Republican candidates who received Trump’s endorsement, won their primary and general election.

Given the present onslaught, you’d never believe Republican voters were ever recently all-in with a Trump 2024 run for president. 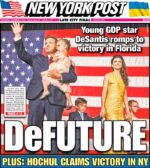 As of August, 82% of Republicans would vote for Donald Trump in 2024. So what (if you’re to believe the media and Republican establishment) happened between then and now? One name-calling stint by Trump turned into a quick coronation for DeSantis… seriously? We don’t even know the true back story behind it because Trump doesn’t initiate; he counter-punches. And since when should we not be wary of establishment Republican candidate choices made for their voters?

If Donald Trump can be successfully taken out before the 2024 primaries, which is highly unlikely, who stands to gain? The answers are rather obvious.

Of course the media made scant mention of it, but Donald Trump scared the hell out of the government establishment when he signed an Executive Order regarding Schedule F, which he would use his Constitutional right to hire federal employees who are loyal to the values of the president they duly elected and fire those who would “resist”, and we know a lot of resistance went on during his presidency. Thanks to the 2020 election results, the federal government class was spared but they also know Schedule F will be one of the top items on a President Trump agenda in 2025 and for good reason.

A Trump presidency in 2025 means a living hell for federal tyrants like Anthony Fauci, Alejandro Mayorkas, and others whose federal policies have brought on severe hardship, and/or actually killed an obscene number of Americans.

A Trump presidency defangs an out-of-control federal enforcement culture that believes they alone decide our elections, who will or will not be allowed First Amendment freedom of assembly, who can and cannot lie under oath, who can be framed with impunity, and who will be punished with punitive legal bills to stave off partisan investigations. Schedule F will invoke departmental reviews and the actions of types like James Comey and Clapper, John Brennan, Andrew McCabe, Peter Strzok, Lois Lerner will not go unaddressed. The undeserving should not be allowed to walk away after the damage they successfully inflicted on political opponents. If jail isn’t an immediate possibility, the loss of those cherished pensions should be the first things rescinded.

So what’s behind the current spat between the boys? Something must be happening behind the scenes. Trump knows, is letting the appropriate parties know he’s on to them, and the dirty specifics will be revealed when it stings the most. 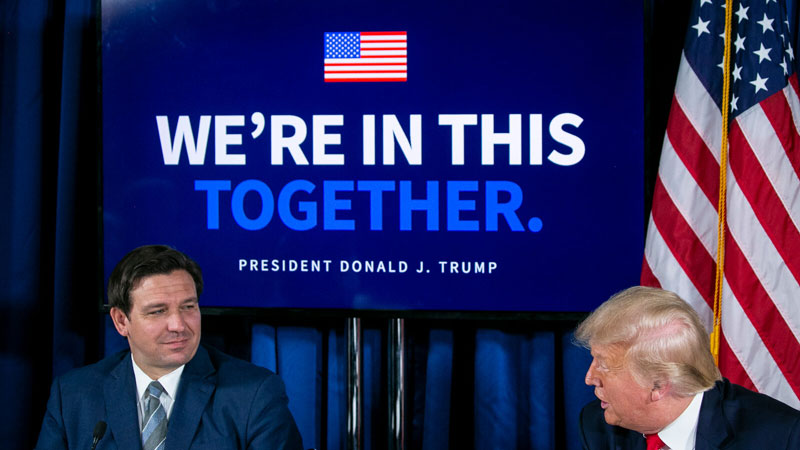 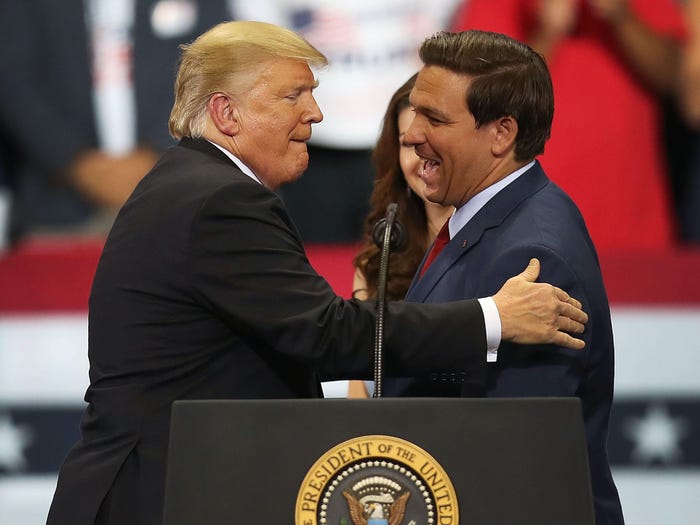 If Ron DeSantis were to join Trump on the ticket, he’d potentially have four years experience as a Veep and could be poised for eight years as POTUS. A DeSantis run now for the presidency takes four years off his time near and/or in the White House. Who benefits from that? Not the American people, but having Trump gone is a win for the GOPe, Democrats, and their media. Trump supported DeSantis when no one outside of Florida knew he existed. Loyalty is hard to come by within the Republican Party.

DeSantis, Lake, etc. have followed the successful Trump playbook on how to handle a hostile local and state media (a few names by The View panel doesn’t count).

We have no idea how DeSantis would hold up with a 24/7 national media, federal agency onslaught coming down on him, his campaign staff, and his family for months and maybe years. It won’t be pretty and only Donald Trump has shown he can take hundreds of punches without being knocked down, let alone out. 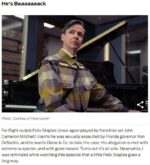 For example, a 2022 fictionalized version of the “Trump pee tape” has emerged, targeting DeSantis.

While this is outright slander, there will be millions of ignants on social media who’ll believe it actually happened as well as those in the media who’ll pose this as possible art-imitating-life and force DeSantis days and maybe weeks to refute.

It’s only the beginning. DeSantis may hope Trump announces soon so many of those front-runner arrows won’t be aimed solely at him.

A Trump presidency attracts America First candidates to serve Americans and threatens those so-called Republicans who ran for the power and perks they’d receive; the needs of their voters are secondary and of low very priority. Remember all of those reliable Republicans like Lisa Murkowski insiders like McConnell supported.

A Trump presidency hastily eliminates the lower tier candidates who know going in they have zero chance of winning the nomination. Adding “presidential candidate” to their resume could help them achieve pundit status (a paycheck) at Fox News, CNN, MSNBC, ABC News, CBS News, NBC News, etc. If they are humiliated at some point by Trump yet speak out against him, job prospects obviously improve. 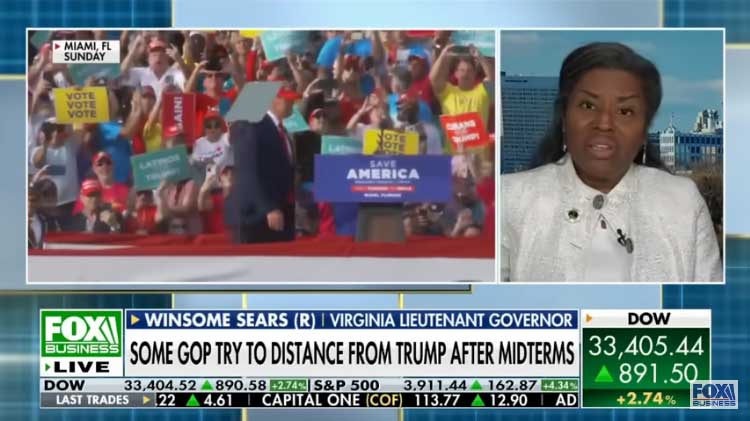 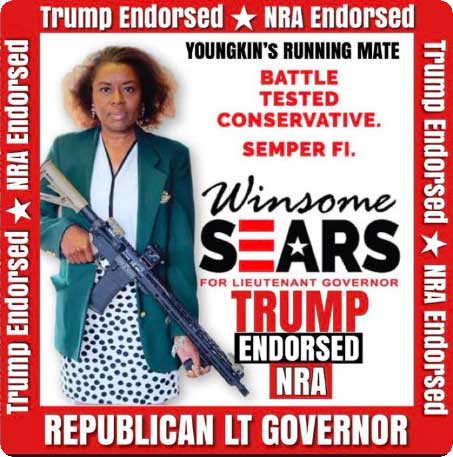 Why has Virginia Lieutenant Governor Winsome Sears now turned on the Trump who endorsed and supported her ticket?

Never assume politicians make comments off the cuff and strongly-worded, behind-the-scenes instructions have not come down from on high with carrots attached.

The people speculating about Youngkin’s national future don’t much care what he has done or not done for transportation infrastructure in Northern Virginia. They think the 55-year-old former investment banker may have found a formula to make the last six years just fade away—to return to the GOP leadership style we associate with names like Bush and Romney.
— Politico, 7/14/22

Ah, the golden Bush and Romney years. Only bubble-wrapped D.C. pundits hope that’s what Republicans want to revert back to.

If (Trump-endorsed) Virginia Governor Glenn Youngkin were to run and receive the 2024 nomination as a possible VP to DeSantis, Sears would become Virginia’s governor without the inconvenience of running for it. Kinda’ like New York’s Kathy Hochul’s unelected promotion when Andrew Cuomo was pushed aside. For the political class, that’s some good incentive and all that need be done is a simple twist of a knife in the back by someone who knows how to use a bayonet.

Given his pedigree, Youngkin is the kind of “Republican” who’ll burns his voters after the election while going easy on Democrats. Just give him time.

While there’s a notable ratings, thus revenue lag after Trump left office, who knows how he’ll approach the #FakeNewsMedia the next go ’round. For those of us who were actually IN the news business damn well know, ethics rules have clearly been broken, the public has been lied to way to many times to count, the media’s Constitutional protection should be revisited, and Trump is the only politician with the guts to start this discussion and they know it. 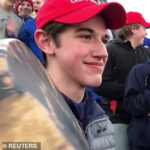 The obvious need be stated for CNN and MSNBC viewers: the media was given Constitutional protection so it could be a watchdog of government and report back to The People. We clearly have a media that is self-serving, has chosen a side, fabricates stories, invents “sources”, demands we only know what their chosen political party wants known, buries what their chosen party wants buried, destroys the reputations of those who are enemies to their chosen party, while using the First Amendment as their personal shield.

Impartial media that just reports the news is what should be protected. Opinion, disguised as news, should not be and thanks to the media’s overreach during the Trump years, several have been forced to pay millions in settlements because of their intentional slander of Americans. If there’s no more Trump, the media’s ground-and-pound of Americans will continue unabated, if not increase, since punishing is just what they love to do most.

So take all this drama with a grain of salt and look at it as another opportunity to vet those who would portend to “lead” us.

Remember, there are many in the conservative media who did everything they could to damage Donald Trump in 2015 and 2016 because he didn’t pass their personal litmus test. Some of these so-called unelected “leaders” have yet to apologize for the damage they did then, and more are back at it again today because it gives them relevance.

We can only hope a 2025 Trump presidency cleans the whole house, not just the toilet.