$1 billion for Amtrak, which hasn’t earned a profit in four decades.

$400 million for research into global warming.

$2.4 billion for projects to demonstrate how carbon greenhouse gas can be safely removed from the atmosphere.

$650 million for coupons to help consumers convert their TV sets from analog to digital, part of the digital TV conversion.

$600 million to buy a new fleet of cars for federal employees and government departments.

$21 million to re-sod the National Mall, which suffered heavy use during the Inauguration. 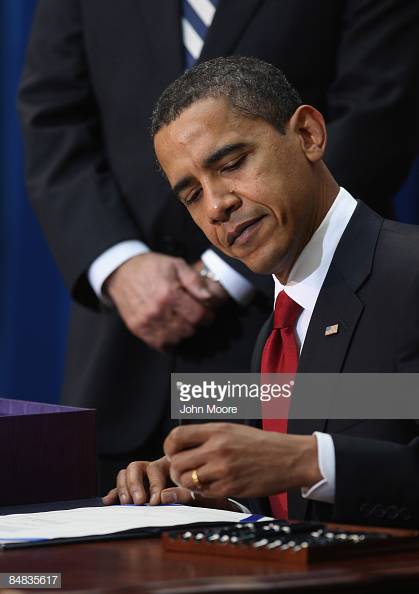 $2.25 billion for national parks. This item has sparked calls for an investigation, because the chief lobbyist of the National Parks Association is the son of Rep. David R. Obey, D-Wisc. The $2,25 billion is about equal to the National Park Service’s entire annual budget. The Washington Times reports it is a threefold increase over what was originally proposed for parks in the stimulus bill. Obey is chairman of the House Appropriations Committee.

$335 million for treatment and prevention of sexually transmitted diseases.

$50 million for the National Endowment for the Arts. $4.19 billion to stave off foreclosures via the Neighborhood Stabilization Program. The bill allows nonprofits to compete with cities and states for $3.44 billion of the money, which means a substantial amount of it will be captured by ACORN, the controversial activist group currently under federal investigation for vote fraud. Another $750 million would be exclusively reserved for nonprofits such as ACORN – meaning cities and states are barred from receiving that money. Sen. David Vitter, R-La., charges the money could appear to be a “payoff” for the partisan political activities community groups in the last election cycle.

$44 million to renovate the headquarters building of the Agriculture Department.

$32 billion for a “smart electricity grid to minimize waste.

$20 billion for quicker depreciation and write-offs for equipment.

$10.3 billion for tax credits to help families defray the cost of college tuition.

$20 billion over five years for an expanded food stamp program.

Now how about those earmarks…?

$2 billion earmark to re-start FutureGen, a near-zero emissions coal power plant in Illinois that the Dept. of Energy defunded last year because the project was inefficient

$448 million for constructing the Dept. of Homeland Security HQ

$248 million for furniture at the new Homeland Security headquarters

$400 million for the CDC to screen and prevent STD’s

$1 billion for the 2010 Census, projected cost overrun of $3 billion

$75 million for salaries of employees at the FBI

$500 million for flood reduction projects on the Mississippi River 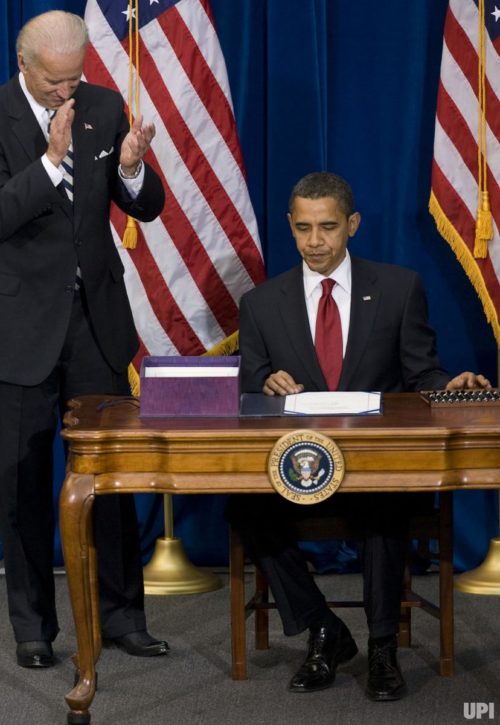 $88 million for renovating the headquarters of the Public Health Service

$412 million for CDC buildings and property

$500 million for building and repairing NIH facilities in Bethesda, MD

$100 million for reducing the hazard of lead-based paint

$75 million to construct a new “security training” facility for State Dept Security officers when they can be trained at existing facilities of other agencies.

For years we’ve warned people about the Democrat jones to spend. That day is here, they have the PIN, they are going to go nuts, and I really hope the American people are watching.