The left is quite annoyed that myself and others dare link the racist, segregationist past in this country to Democrats, at that flies in the face of everything they claim to champion, when it comes to civil rights, racial tolerance, etc.

The Democrats’ own website, to this day, attempts to take fraudulently credit for the civil rights movement and legislation, and when called on it, the recitation is the same: “we’ve grown” and “don’t forget about the Dixiecrats”.

Defensive liberals claim the Dixiecrats, as a whole, defected from the Democrat Party when President Johnson signed the Civil Rights Act of 1964 (no thanks to Democrats), and became Republicans which they claimed were more accepting of segregationist policies.

Well, I decided to get some opinions on the matter from some historians.

I contacted Professor Larry Schweikart of the University of Dayton for advice. Larry and I worked on a documentary based on a chapter on Ronald Reagan from his best-selling book, A Patriot’s History of the United States. 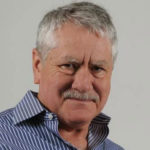 The idea that “the Dixiecrats joined the Republicans” is not quite true, as you note. But because of Strom Thurmond it is accepted as a fact. What happened is that the **next** generation (post 1965) of white southern politicians — Newt, Trent Lott, Ashcroft, Cochran, Alexander, etc — joined the GOP.

So it was really a passing of the torch as the old segregationists retired and were replaced by new young GOP guys. One particularly galling aspect to generalizations about “segregationists became GOP” is that the new GOP South was INTEGRATED for crying out loud, they accepted the Civil Rights revolution. Meanwhile, Jimmy Carter led a group of what would become “New” Democrats like Clinton and Al Gore.

Larry also suggested I contact Mike Allen, Professor of History at the University of Washington, Tacoma (who also appeared in the Reagan documentary) for input.

There weren’t many Republicans in the South prior to 1964, but that doesn’t mean the birth of the southern GOP was tied to “white racism.” That said, I am sure there were and are white racist southern GOP. No one would deny that. But it was the southern Democrats who were the party of slavery and, later, segregation. It was George Wallace, not John Tower, who stood in the southern schoolhouse door to block desegregation! The vast majority of Congressional GOP voted FOR the Civil Rights of 1964-65. The vast majority of those opposed to those acts were southern Democrats. Southern Democrats led to infamous filibuster of the 1964 Civil Rights Act.

The confusion arises from GOP Barry Goldwater’s vote against the ’64 act. He had voted in favor or all earlier bills and had led the integration of the Arizona Air National Guard, but he didn’t like the “private property” aspects of the ’64 law. In other words, Goldwater believed people’s private businesses and private clubs were subject only to market forces, not government mandates (“We reserve the right to refuse service to anyone.”) His vote against the Civil Rights Act was because of that one provision was, to my mind, a principled mistake.

This stance is what won Goldwater the South in 1964, and no doubt many racists voted for Goldwater in the mistaken belief that he opposed Negro Civil Rights. But Goldwater was not a racist; he was a libertarian who favored both civil rights and property rights.

Richard Nixon was also a proponent of Civil Rights; it was a CA colleague who urged Ike to appoint Warren to the Supreme Court; he was a supporter of Brown v. Board, and favored sending troops to integrate Little Rock High). Nixon saw he could develop a “Southern strategy” based on Goldwater’s inroads. He did, but Independent Democrat George Wallace carried most of the deep south in 68. By 1972, however, Wallace was shot and paralyzed, and Nixon began to tilt the south to the GOP. The old guard Democrats began to fade away while a new generation of Southern politicians became Republicans. True, Strom Thurmond switched to GOP, but most of the old timers (Fulbright, Gore, Wallace, Byrd etc etc) retired as Dems.

Jimmy Carter, a Civil Rights Democrat, briefly returned some states to the Democrat fold, but in 1980, Goldwater’s heir, Ronald Reagan, sealed this deal for the GOP. The new “Solid South” was solid GOP.

BUT, and we must stress this: the new southern Republicans were *integrationist* Republicans who accepted the Civil Rights revolution and full integration while retaining their love of Jeffersonian limited government principles.

And what did Malcolm X say about the “Dixiecrats”…?

I’m sure the more learned Democrats will have issues with these explanations.