Here’s a great illustration of why only ignorant, liberal dupes listen to Michael Moore.

In his latest letter to the world, Moore closed with…

Pennsylvania, the state that gave birth to this great country, has a chance to set things right. It has not had a moment to shine like this since 1787 when our Constitution was written there. In that Constitution, they wrote that a black man or woman was only “three fifths” human. On Tuesday, the good people of Pennsylvania have a chance for redemption.

Who wrote that a black man or woman was only “three fifths” human, and why?

Michael, it turns out that The South, during the era of slavery wanted to include blacks in the population tally so they could increase the number of pro-slavery congressional representatives. It took 30,000 people to be assigned one congressman, and in slave states, slaves outnumbered whites. It was the Democrat hope that with enough pro-slavery congressmen, they could overturn much of the abolitionist legislation Northern Republicans had previously passed.

However, there was one philosophical problem: blacks in Southern states had no rights thus The North deemed it a joke they only be counted when beneficial to Democrats. Northern abolitionists argued that since The South considered blacks their property, all “property” should be counted for the purpose of determining congressional representation. Thus the Northern abolitionists would include their property: horses, cattle, homes, furniture, pets, etc. 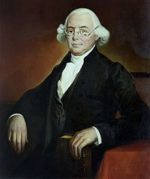 The South denounced the proposal, so anti-slavery northerner, James Wilson of Pennsylvania came up with a “compromise”.

Blacks in the Southern states would only be counted as “three fifths” of a person. That way, it would take 50,000 people (instead of 30,000) in a district to get congressional representation. That had the effect of limiting the power of the slave states.

It had NOTHING to do with the worth of a person, Michael. It had EVERYTHING to do with diminishing the power of Southern racists, like those progressives today that continue to distort the history of an entire people purely for political gain.

Get your facts straight before you recite historically inaccurate bullshit to your “fans”. You would never engage in misinformation, would you…?

Note — Michael Moore is just one of many ignorant (intentional or not) people who continue to mischaracterize the intent of the ‘Three-Fifths Clause’ for political gain.