As you know, we are on-guard when it comes to nonprofits who receive the gracious donations of the public or government, taxpayer grants. But what really gets us are those who are top heavy, meaning they want people to view them as altruistic while those running them pay themselves handsomely.

With that, we received the following, unsolicited fundraising email that pretentiously began with… 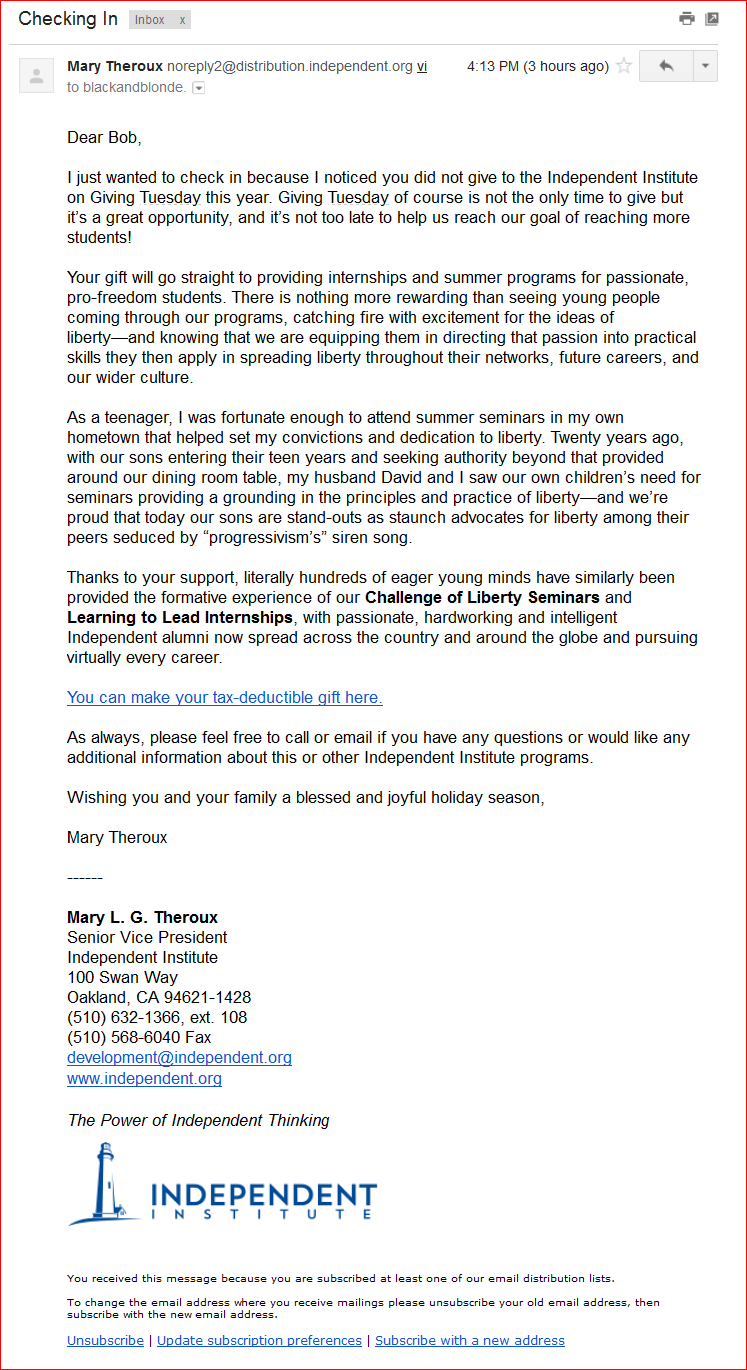 You’d think people who work for such well-known nonprofit, charitable organizations, would show some humility, especially when living off of the generosity of people who want to help others in need. Unfortunately, we’ve found that many at the top of some nonprofits (and you know who you are) live very opulent lives and just love to flaunt that lifestyle on their Facebook pages.

Again, humility is the issue and if you supposedly have a meager-to-no income while receiving $2.38 million in “contributions, gifts, grants” among the total revenue while holding close to $6 million in assets, how you do that?

If your sustenance comes from charitable donations, don’t flaunt it, especially if you’re going to send emails asking for money from those who don’t have money to spare.

And as to not totally pick on The Independent Institute, there are others living quite large on your charitable donations. When you get some time, check out some of their Facebook pages and see where your tax-exempt dollars took them.