The promotion of social welfare does not include direct or indirect participation or intervention in political campaigns on behalf of or in opposition to any candidate for public office. However, a section 501(c)(4) social welfare organization may engage in some political activities, so long as that is not its primary activity. 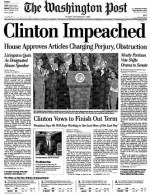 While MoveOn.org may take on “social welfare” issues as timely, it could be argued MoveOn’s very genesis was to counter the impeachment of then-President Bill Clinton in 1998, thus their mantra “move on”.

But since “promotion of social welfare does not include direct or indirect participation or intervention in political campaigns on behalf of or in opposition to any candidate for public office”, an email sent out by MoveOn.org this morning is another example of their blatant line-crossing.

And, even if he doesn’t, the whole Republican field just keeps getting crazier.

Threatening to commit war crimes by intentionally bombing women and children.1 “Closing” sections of the Internet.2 Keeping Sharia law out of a city near you.3

These are the policies Republicans support. And in poll after poll, the candidates who take the most extreme, racist, right-wing positions go up.

If any of these candidates end up in the White House in 2016, America is in deep, deep trouble. Just by commanding the national stage, Republicans are already pushing dangerous ideas into public discourse and fueling a climate of violence and vitriol.

That’s why I’m asking you to make a year-end gift to one of the most powerful—and effective—progressive groups in the nation: MoveOn.

Your gift won’t just help defeat Republicans in 2016—you’ll also help fight against the pernicious ideas that their campaigns are propagating and help elect progressives who will stand up for our values.

Click here to make your year-end gift to MoveOn now.

Maybe you’re one of the people out there who thinks that the 2016 election will be an easy win for Democrats. You might think that because Republicans are so crazy, they can’t possibly win the general election. If so, think again.

In 2014, Republicans won their biggest House majority in Congress in almost 100 years—most of them every bit as conservative as the current candidates for president.4 Republicans control 32 governorships, including in deep-blue states like Maryland, Illinois, and Massachusetts.5 And, under President Obama, Democrats have lost more than 900 state legislative seats.6

That’s why anyone who thinks the next election is going to be easy is kidding themselves. Even if Donald Trump wins the nomination.

Will you chip in $3 and make sure MoveOn goes into 2016 prepared for a presidential election year?

Click here to chip in and help MoveOn expose and defeat Republicans in 2016.

Maybe you think the stakes aren’t that high if Democrats lose. If so, I hope you’ll reconsider. Here are some reasons why:

The GOP’s war on women continues in full force. (And you better believe that a Republican president will defund Planned Parenthood.)

Speaker Paul Ryan’s ultra-conservative House of Representatives is gearing up to make deep cuts to social programs, to slash Social Security, and to cut taxes for the wealthiest Americans and corporations. A Republican president will join with Ryan in a big push to make these extreme policies the law of the land.

We’ve avoided going to war—for now. But if Republicans in Congress had their way, we’d be on a road to war with Iran already.

We have Obamacare—for now. And we’re making progress on the environment—for now. But a Republican president will work every day to undo all of that.

Your year-end donation to MoveOn is a small price to pay to fight against right-wing policies that would put us on a path to economic and social misery.

Click here to chip in $3 or whatever you can.

If you want to put your money to good use in 2016, now’s the time. Laying the groundwork requires early planning. So every donation that comes in now will go a long way.

And MoveOn’s past get-out-the-vote operations have been as effective—and as innovative—as any I’ve seen out there.

Not only that, but MoveOn backs strong progressives who will fight for the little guy. That means you can put your money to use—and help win—without giving to Democrats who act like Republicans.

The other guys are funded by billionaires. MoveOn Political Action is funded with an average donation of $25. This is truly a people-powered movement.

Ready to help make sure MoveOn hits the ground running in 2016?

Thanks for all you do.

Want to support our work? MoveOn member contributions have powered our work together for more than 17 years. Hundreds of thousands of people chip in each year—which is why we’re able to be fiercely independent, answering to no individual, corporation, politician, or political party. You can become a monthly donor by clicking here, or chip in a one-time gift here.

PAID FOR BY MOVEON.ORG POLITICAL ACTION, http://pol.moveon.org/. Not authorized by any candidate or candidate’s committee.

Granted, Reich’s lament that Republicans are resisting Sharia Law in America was an immediate source of wonder and amazement, but he’s not the first to pose such dangerous naivete.

Stop The Great Anti-Sharia Freakout
Three U.S. states have passed anti-Sharia laws since 2010 and now, 17 others are discussing similar bills. While the civil rights of Muslim Americans are being compromised through such legislation, there is ZERO threat of Sharia taking root in the U.S. Law makers should stop wasting our tax dollars pandering to xenophobia during this time of economic crisis.
— MoveOn.org petition, 2011

Reasonable, thinking liberals (there ARE a few) didn’t buy it in 2011, even though the Sharia-America wish-list has been out there awhile.

Islam isn’t in America to be equal to any other faith, but to become dominant. The Koran, the Muslim book of scripture, should be the highest authority in America, and Islam the only accepted religion on Earth.
— Omar Ahmad, founder, Council on American-Islamic Relations, 7/4/98 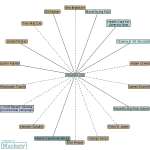 The sheer level of partisan politics (the specific naming of a party and candidates) should be an actionable offense. Then again, expecting the Obama administration to enforce the law is a stretch.

And the fact that MoveOn sucks in “gifts” that are donated 100% to Democrat political campaigns is something we hope a Trump administration reviews carefully. Especially when it comes to those “not employed” donors who managed to cough up thousands of dollars, multiple times.

To be fair, there are many so-called nonprofits on both ends of the political spectrum who use that status for personal gain, but few are as blatant a rule breaker as MoveOn.org. We’re sure Lois Lerner was getting around to investigating their mischief, right?