The Pussification of #Antifa (Boston chapter)

We see them at protests, hiding their identities behind bandanas while they intimidate, assault and destroy property. They call themselves the anti-Trump “resistance”.

Middle-class champagne socialist/communist/anarchist white boys who don’t like nationalists or fascists. They consider themselves to be rebelling against the establishment, whilst upholding all of its ultra-politically correct views.

Most are teenagers and university students who grow out of the fad when they start paying taxes.
— Urban Dictionary

So true, but don’t leave out all their other genders, and according to their Facebook page, they’re located overlooking the scenic Boston Common on 38 Beacon Street.

Not exactly the cheapest of mom’s basements. 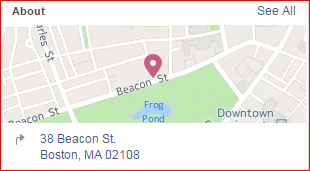 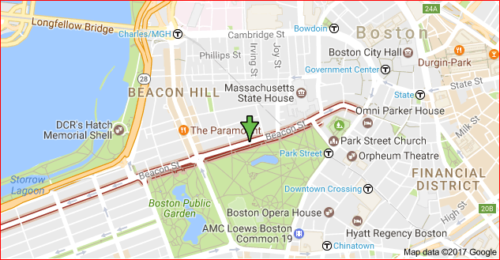 During last weekend’s resistance to the many pro-Trump rallies held around the nation, where many of them were visually reduced to a bunch of fleeing pussies, the Boston chapter of antifa responded introducing a new approach. Aside from the intro and ending insert, the following video is the actual, serious presentation where “Quinn discusses a problematic issue within the Antifa Movement”….

It’s quite a shame that Bob’s hometown (known for heroics starting with the Boston Tea Party, later the Celtics and Patriots dynasties, the bloody Red sock and “Boston Strong”) has now been temporarily hijacked by the Boston Antifa.

And as for Dustin27, Thanksgiving and Christmas at home with the folks will never be the same.

Unfortunately, we had to education them as to the Fair Use Clause in the Copyright Act of 1976 which allows for the rebroadcast of “copyrighted” materials for the purpose of education, criticism and commentary. Our video was not a straight rip (mirror) but was used as an accessory to our commentary just in case it was later removed, which happens quite frequently when the public response is not so positive.

It turns out Quinn and Dustin27 could be trolls.

Last month we published an article on It’s Going Down explaining the situation that Boston, MA area antifascists are dealing with after their Facebook page was deleted and subsequently hijacked by some unknown trolls. For the past month and a half, “Dustin” and “Quinn” have been posing as “Boston Antifa” on Facebook and youtube (and now twitter), creating videos and making posts that would make any real antifascist cringe. These posts have also made the alt-right meme community cringe as well, having been duped into believing these clowns were representative of our movement and turning it into a laughing stock.

With these people, anything is possible.