And you can rightfully thank Fox News for where we are today.

Years ago at Bob’s last place of gainful media employment, he actively mocked FNC for their intentional, low placement of their studio cameras so the legs of females are prominently featured, and it’s more than obvious Fox News prefers young blondes. With the rules in place, there are women who will try and exploit those visual requirements in order to get noticed and/or gainfully employed. Walking around CPAC was like watching those women who strut around the sidelines at every Los Angeles Lakers game, hoping to get noticed by the right person in Hollywood who can help them further their “career”.

Then add some of the narcissistic tendencies of today’s millennial and you’ve got Tomi Lahren. 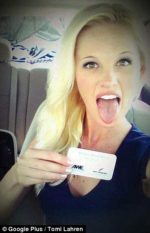 Tomi Lahren, a young, incendiary conservative commentator, is suing her former boss, Glenn Beck, and his media firm, the Blaze, for wrongful termination over her comments on abortion.

According to Lahren’s lawsuit, filed Friday in Dallas County, the Blaze canceled Lahren’s show after she made the controversial abortion statements last month on the daytime talk show “The View.” But the Blaze wanted to keep paying Lahren, the suit says, “presumably hoping they could find an exit strategy to sanitize their unlawful conduct” in breaking Lahren’s two-year employment contract, which was to continue through Sept. 30.

The Blaze, which is based in Irving, said Friday that Lahren had not been terminated.
— Dallas News, 4/8/17

Must’ve been nice to have a contract.

Tomi Lahren is not acting like a seasoned professional, in fact it can be argued that at 24, “fame” has gone to her head. Let’s see who’s stupid enough to risk their bottom line on this brat.

Had whomever at The Blaze checked out her “social moderate” background FIRST and not her… they’d have seen that Tomi Lahren is reckless at best. 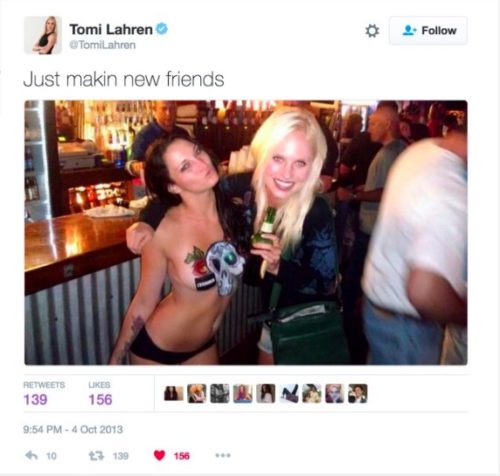 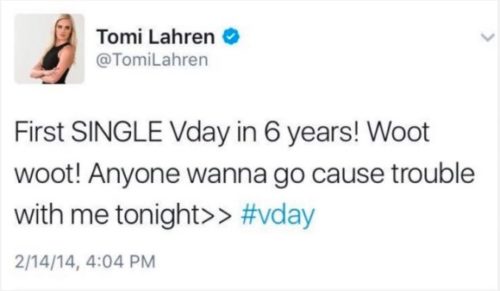 Most of us who’ve worked in the real work and actually have a body of work know you do what the person who signs your check says. Especially when it comes to being in the media, you are a representative of the brand you work for thus are responsible for upholding their values. When you choose to deviate, problems can and will happen when you’re dealing with a fame-seeker who’s an it’s-all-about-ME millennial.

And unfortunately, it doesn’t take much to become to become a conservative darling when lipstick and heels are involved. 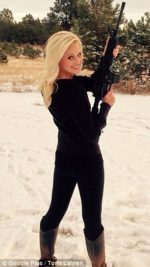 Bob didn’t know Phyllis Schlafly well, but we think she might want to read a few of Tomi Lahren’s thought pieces before allowing her likeness to be associated with a superficial, possibly opportunistic conservative-in-name-only.

With all those available who have a lengthy resume and body of work in activism out there, why was Tomi Lahren chosen to speak at CPAC in 2015 at the ripe old age of 22? Sure, temporarily debunking the whole old, white male stereotype is one thing. Now, lipstick, heels, and blonde hair does it every time in today’s conservative media culture. And a gun doesn’t hurt.

It’s sad, surfing through cable news and having to endure the opinions of those now considered “experts” who’re barely out of school, who have little-to-no frame of reference on the topics they’re called on to discuss because most have only become politically aware within the last five years or less and maybe living on their own in the real world less than that. 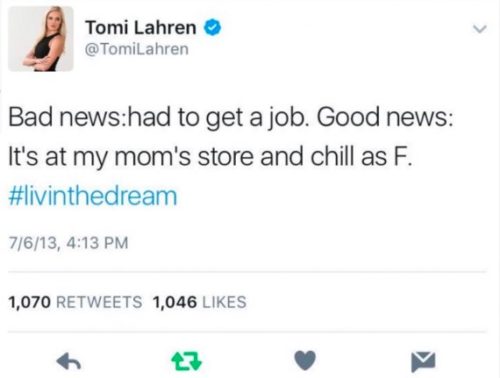 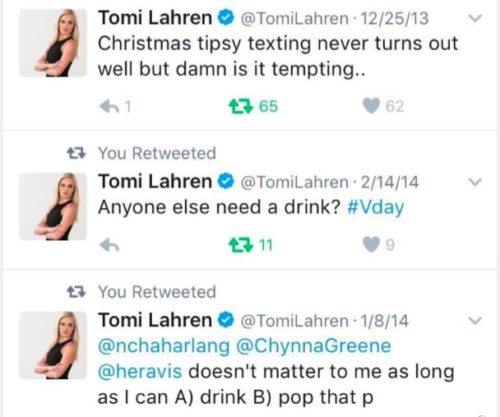 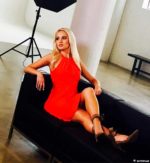 Working in the media at the professional tier is a privilege, not a right, but because she has what some consider what it takes, she now believes she can do what she wants even though it may be against the values of her employer.

Tomi Lahren is exactly what’s wrong with so-called conservative news. For her, it’s not about keeping the public informed but all about her.

As as for the media, it’s about lipstick, long legs, hooker heels, and very visible cleavage. Once someone discovers clear seats for the stage, add ass to the list.

That was our assessment BEFORE this came out: The Inside Story Of How Tomi Lahren Flamed Out At The Blaze.

And if appearances couldn’t get any worse…

Tell ya what: in watching the interview segment in question, the “noise” was audible but as someone who’s been in-studio while others have had similar Fox News drops, there are times when phantom noises occur. Had Lahren not felt it necessary to feed her social media addiction and explain why she kicked her dog, many of us would not have noticed… those of us who change the channel when we hear she’s coming on next.