UK Channel 4 Censored Its Own Documentary on Intolerant Muslims

©Black & Blonde Media
The media can constantly repeat the whole Donald Trump-colluded-with-the-Russians thing hour after hour, despite not one drop of evidence, but when a documentary was produced that these same people don’t like; a documentary based on a survey conducted by a reputable company, the channel that produced it caved to the predictable, name-calling, social media hysteria. 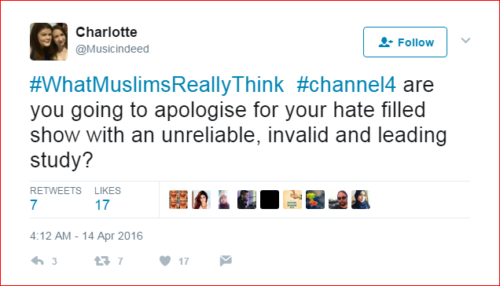 Channel 4’s controversial documentary What British Muslims Really Think has prompted more than 200 complaints. It sparked a row after it commissioned a poll that found more than half of British Muslims think that homosexuality should be illegal.

The regulator said complaints included concerns about misleading information and that it risked increasing Islamophobia.

A Guardian panel of British Muslims who watched the programme last week were highly critical of the show, branding it “boring, inaccurate and sensationalist” and said it “reinforced the us vs them narrative”. They said the documentary’s methodology was “problematic and flawed” and it “suggested you’re either a liberal Muslim or slightly extreme”.

Ofcom said it would assess the complaints before deciding whether or not to launch a full investigation.
— The Guardian (UK), 4/21/16

BTW — The Guardian (while scrutinizing the methodology used in conducting the survey and its results) provided no information about those in that “panel of British Muslims” and we’re to take the news site’s word they and their sentiments actually existed. 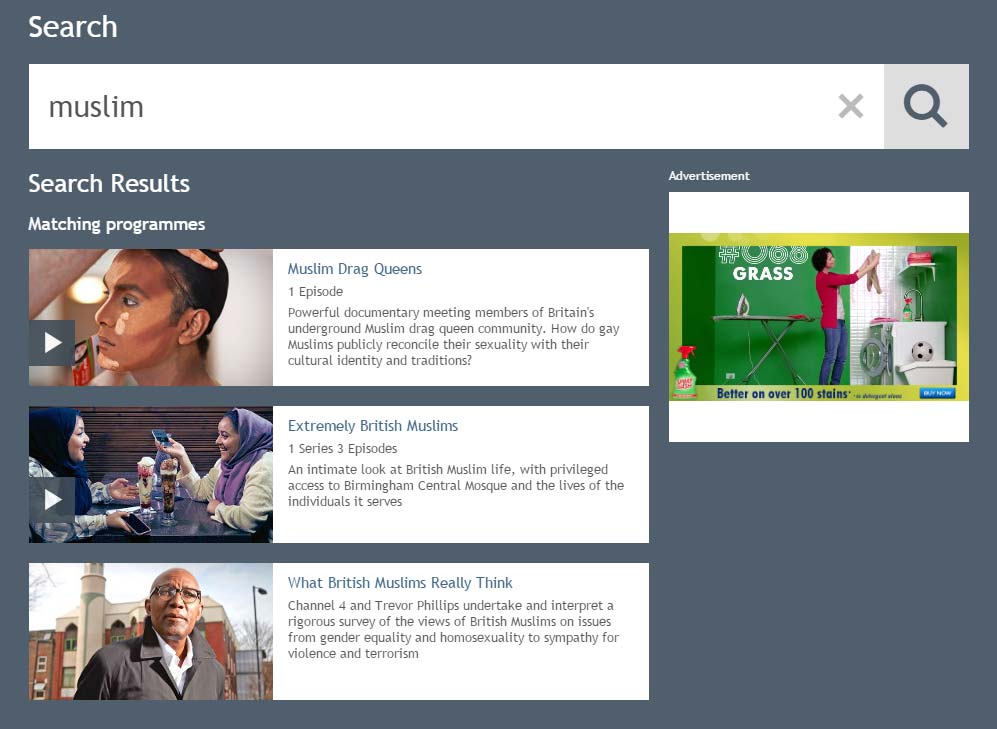 The 2016 documentary is no longer available for worldwide, public viewing and its not like Channel 4 videos are removed because they’re no longer timely or recent. “Muslim Drag Queens” originally aired on August 24, 2015 and it’s still available for viewing to this day.

Knowing the liberal media as we do and predicting how easily they’d succumb to the online bullying of the politically correct, “What British Muslims Really Think” is presented in it’s unedited entirety and you can see if what was presented is truly Islamophobic as defined by the PC’d or a more accurate depiction of reality, given ongoing events.