Just How Stupid Does the Inside-the-Beltway Crowd Think You Are?

One of the things that’s made us successful with our brand of written and/or video commentary is that we assume the people we’re presenting to have intelligence and if there’s something they don’t get, they’ll look it up. Sometimes that very action drives home the wit more and makes the ignorant consumer even more enlightened.

But that’s not the way many inside the Beltway look at the American people. Way too many assume that you’re unintelligent, at least nowhere near as smart as they are: note how many times the political media looks down on those without college educations. Seriously, how many of us could walk out of our jobs during the workday and protest something that’s been proven to have never happened? Either the participants were stupid or they believed those viewing the optic are. We’ll side with the latter.

Dumbing-down messages also has a way of making the presentation blasé, then again look at a lot of the videos created by major news outlets and think tanks. You’re either getting an 8th grade level visual and/or rant from a usually well-fed person who has to spell it all out for you because they’ve assumed you know very little about the topic and are incapable of using a search engine because they didn’t tell you to.

Lack of transparency is a huge political advantage. Call it the stupidity of the American voter or whatever, but basically that was really, really critical for the thing to pass.
— Jonathan Gruber on ObamaCare

Of course, this is not something the elite will readily admit… because you’re too stupid to know they’re looking down on you.

Why do you think they believe they can get away with exempting themselves from what they inflict on us?

Think tanks on both sides of the aisle aren’t much better and there are way too many who believe they know what they clearly know nothing about regarding how information gets to the public, yet it’s repeated by others ad nauseam. 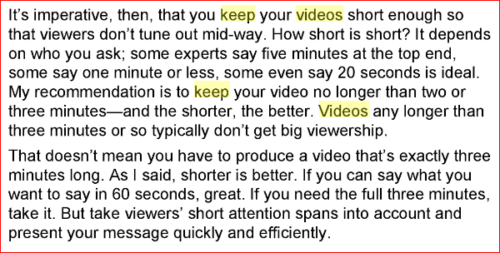 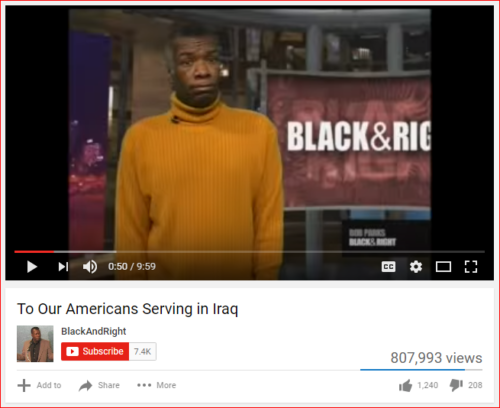 I don’t know how many times I’ve heard this repeated by people whose only experience in video is having watched them, but they’ll be the first to tell me (someone who’s actually had to produce programming to fill television station time slots) that videos shouldn’t be created that are too long. One of my cable TV show segments-turned online video was cut down to fit YouTube’s early length restriction, has almost 808,000 views at almost ten minutes, and most of the initial damage was done pre-Facebook and/or Twitter existence.

The rule that too many repeat as gospel may have come from the writer of The Ultimate Web Marketing Guide:

Michael Miller is the best-selling writer of more than 100 non-fiction books. He writes about a variety of topics, including computers, online selling, business, consumer electronics, and music. From his first book (Ventura Publisher Techniques and Applications, published in 1988) to his latest title, he has established a reputation for practical advice, technical accuracy, and an unerring empathy for the needs of his readers.
— Michael Miller Amazon bio

I must have missed the part with him having anything to do with video production. Internet “gurus” like Miller have dictated how information is disseminated to those intellectually beneath him and many more arrogantly and ignorantly repeat it.

The federal bureaucrats, think tank leaders, and congressional staff members surveyed have no idea what Americans think and they don’t care. They think Americans are stupid and should do what they are told.

If the public resists then bureaucrats “nudge people into obedience.”
— Business Insider, 10/3/16 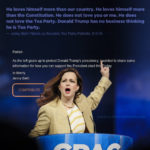 Political activist groups appear to believe their customers and opponents are a bunch of dim bulbs that can be manipulated with simple code words, focus-group phraseology, and sometimes downright lies to get people mobilized and active. Notice how some of the left uses simple chants to rev up their base and some of the right hope you have short memories?

Sometimes the ramped up rhetoric by politicians and amplified by the activist wing can be politically productive and maybe even lucrative. Whether we’re talking a MoveOn.org or Tea Party Patriots, they like keeping things on that level slightly-above-moron so when they have to shift, they’ll assume those who could hold them accountable don’t even exist.

Many so-called conservative nonprofits and websites went after candidate-Donald Trump with a vengeance not seen issued to a Democrat. The unelected leaders told us in no uncertain terms that Trump didn’t meet their personal definitions as a “conservative” and questioned his ability to win the general election, yet today these same people are instructing us on how we should be supportive of the president.

There isn’t a whole lot out there on DC elitist arrogance directed at the public because they’d be reporting about themselves and we can’t have any of that, so the bottom line is this: look at everything offered to you by the media or anything coming from a DC think tank as how they’d talk to a high schooler. That means there’s probably a whole lot more to any issue. You just have to learn where to dig.