While Voterizer.org may be legit, there are several red flags especially given the importance of the pending Georgia US Senate election and the fraud that occurred during the 2020 presidential election cycle. 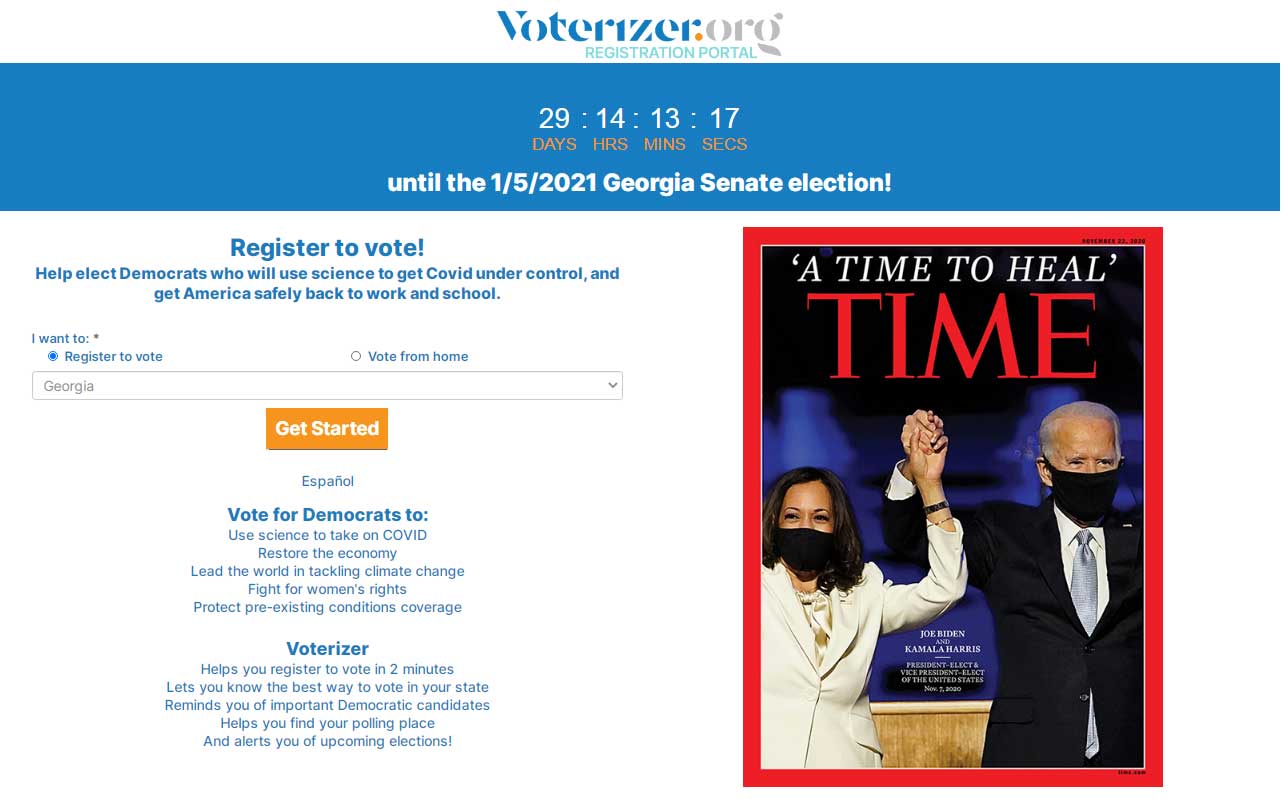 The first red flag is the blatant partisanship which is a clear nonprofit violation.

Under the Internal Revenue Code, all section 501(c)(3) organizations are absolutely prohibited from directly or indirectly participating in, or intervening in, any political campaign on behalf of (or in opposition to) any candidate for elective public office. Violating this prohibition may result in denial or revocation of tax-exempt status and the imposition of certain excise taxes.

Certain activities or expenditures may not be prohibited depending on the facts and circumstances. For example, certain voter education activities (including presenting public forums and publishing voter education guides) conducted in a non-partisan manner do not constitute prohibited political campaign activity. In addition, other activities intended to encourage people to participate in the electoral process, such as voter registration and get-out-the-vote drives, would not be prohibited political campaign activity if conducted in a non-partisan manner.

On the other hand, voter education or registration activities with evidence of bias that (a) would favor one candidate over another; (b) oppose a candidate in some manner; or (c) have the effect of favoring a candidate or group of candidates, will constitute prohibited participation or intervention.
— IRS: Restriction of Political Campaign Intervention by Section 501(c)(3) Tax-Exempt Organizations

The promotion of social welfare does not include direct or indirect participation or intervention in political campaigns on behalf of or in opposition to any candidate for public office. However, a section 501(c)(4) social welfare organization may engage in some political activities, so long as that is not its primary activity.
— IRS: Social Welfare Organizations

Voterizer’s been unleashed on Georgia despite being capable of registering their voters without outside assistance. 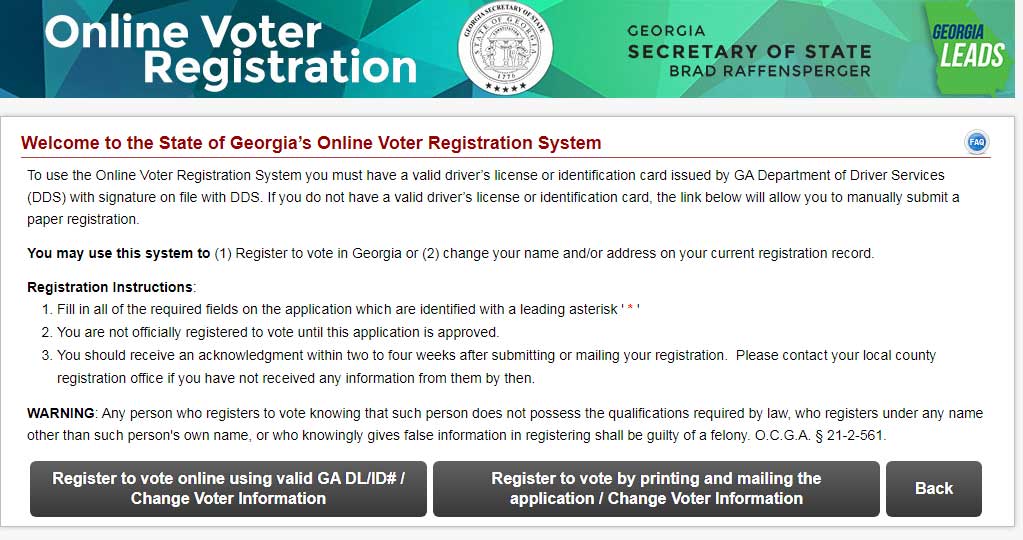 Not sure if all these requirements are being met by Voterizer because to try registering from a state other than Georgia would be a crime, but their site appeared to make it all pretty quick, easy, and devoid of having to provide physical PROOF of residency.

A quick search of nonprofit databases show no listing for Voterizer.org which may be excused because of how new they appear to be, but it also looks like they are blatantly breaking IRS rules against partisanship. It may also help to have some friendly #resistance types in the Internal Revenue Service that are willing to look the other way until after all the election missions have been accomplished.

Voterizer.org also appears to be a product of another nonprofit, FieldTeam6.org, with an exclusively partisan mission. 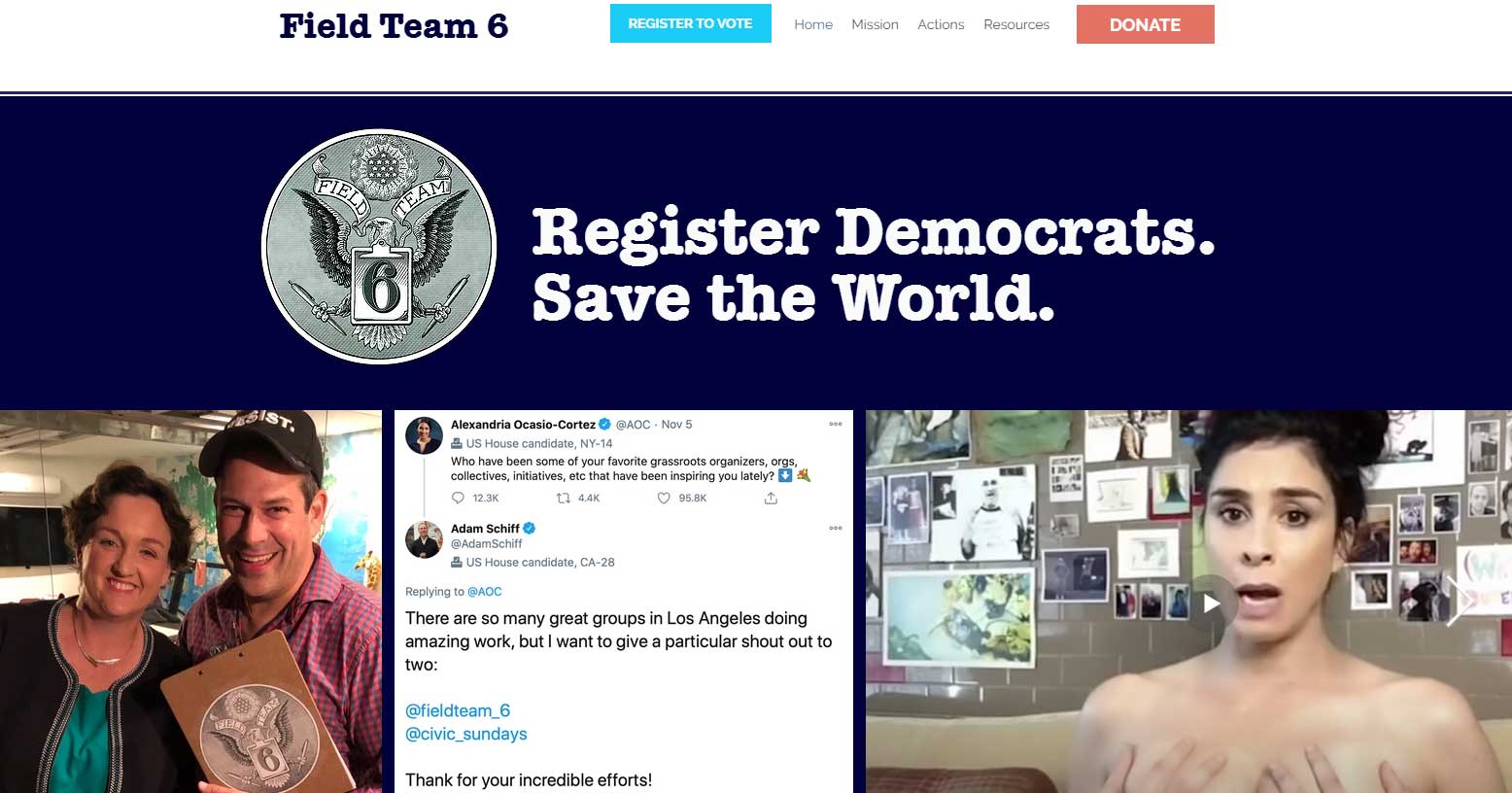 At the DNC, both Michelle and Barack delivered dire warnings that the survival of our democracy depends on Americans voting like never before. To help in this mission, this Saturday Field Team 6 officially launches our brand-new voter registration tool – VOTERIZER! (But you can use it now HERE!) It’s the only tool out there:• that is proudly partisan, built specifically to register Democrats…• that lets voters know not just when and where to vote, but who to vote for!• that uses new technology to check every voter against a 50-state database to confirm their registration and vote-by-mail status, so it’s no longer a mystery whether voters actually registered!
— DemCastUSA, 7/21/20

It took an “error” message to get a name. 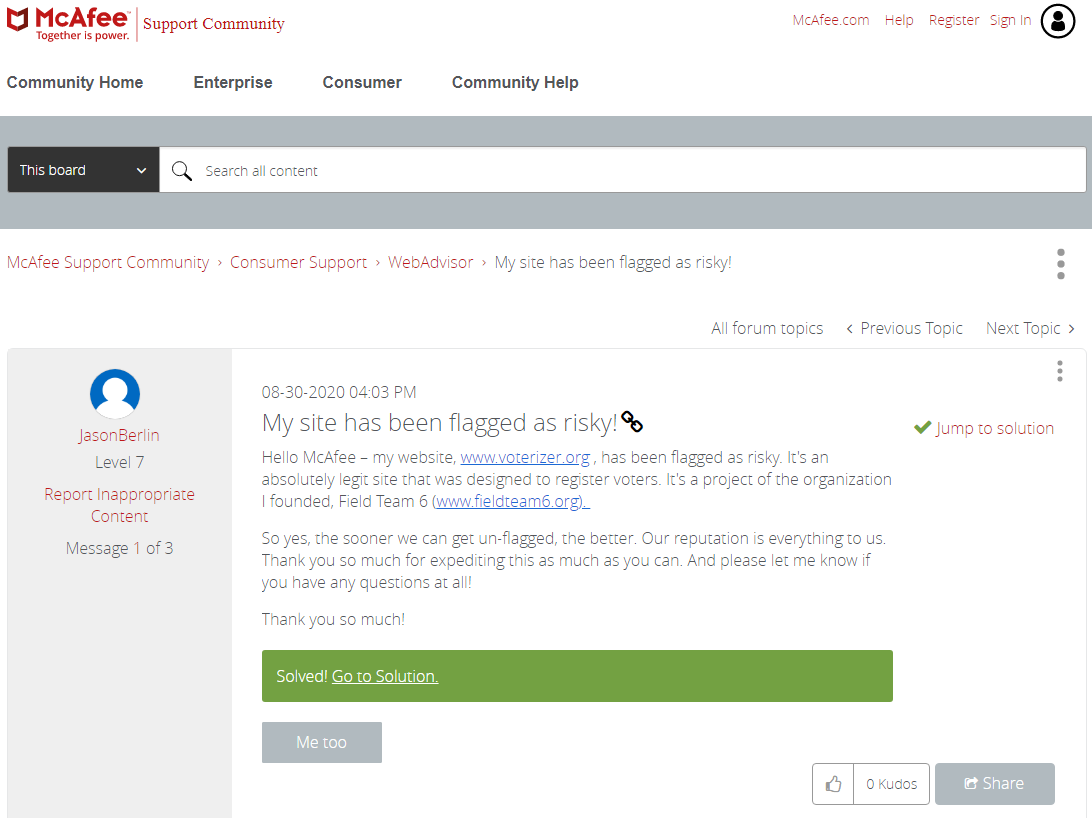 And who is Jason Berlin?

Is Jason a political insider?

Not at all. Jason loved his job of 18 years as a tv reality and comedy writer but after Trump’s election in 2016, he felt he had to do something radically different to save democracy. So he quit his job and started volunteering. He worked with the California Democratic Party, helping to register more than 6,000 voters in the five swing congressional districts of Southern California, and all five of those districts ended up flipping in the 2018 Blue Wave midterms. After the midterms, his job was over with the Democratic party, but he didn’t want to put all his newfound expertise to waste, so he and his co-organizer founded Field Team 6 in March 2019 and went national with their voter registration project.
— New Faces of Democracy, 3/4/20

Not only are state and federal voter registration rules being possibly violated and across state lines, but so are specific IRS nonprofit rules and honest disclosure.

Then again, what rules do you expect Democrats to honor?