Did Raider O-Line Set Up QB Carr to Make Room for Kaepernick?

So much for that much-vaunted “integrity of the game”….

If this really happened, the NFL protests will have entered that normally humorous, liberal eat-their-own phase.

Why should we believe this actually happened? Because local media was threatened to not talk about this or lose access to the Raiders. So, guess what happened. The Armstrong & Getty Show “exclusive” in question up and went into Internet oblivion.

As we all know, posts are taken down for one of two reasons: 1. items within it were wrong, or 2. it was ordered taken down. Interesting.

And here’s another part of this story that may be bubbling beneath the surface….

Do you think a few people in and around Las Vegas could be just a little pissed that an Oakland Raiders team that everyone knew should have had their way with the Washington Redskins lost convincingly? 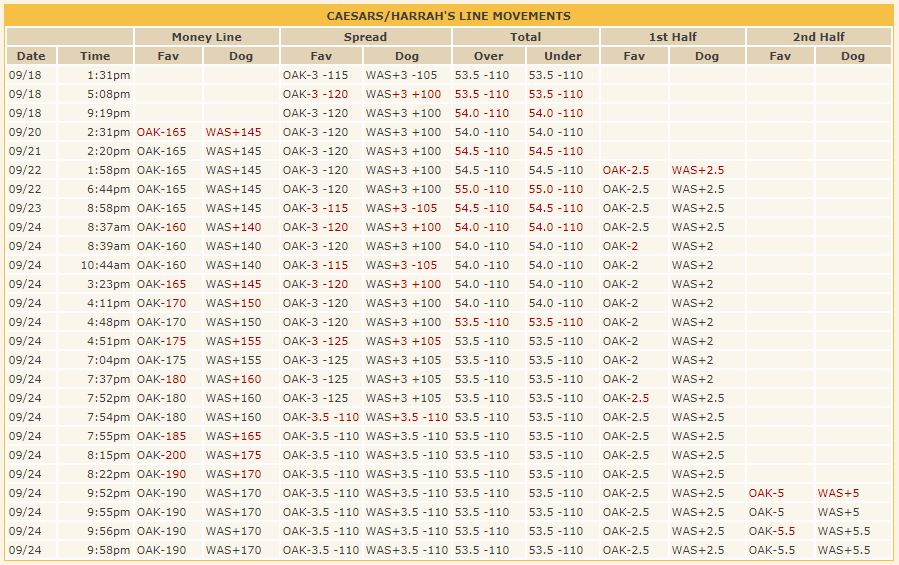 The Raiders are due to move to Las Vegas in 2020. It will be interesting to see if this game will be an impetus for the city to find a way to entice a more mature team to come that won’t mess with their money. And how could this potentially affect the sports books in the future because who will touch a game where black players may be doggin’ it?

Could this also be why Tom Brady, Ben Roethlisberger, Drew Brees, and Aaron Rodgers suddenly announced their “unity” very publicly as to assure their black linemen they were down with the struggle and didn’t want to be Carred and feathered? 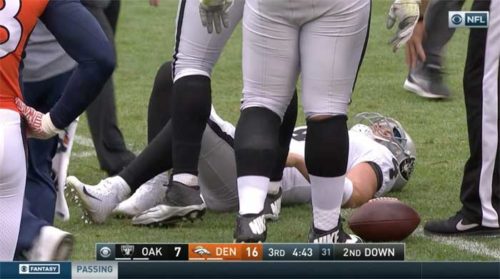 Raiders quarterback Derek Carr was again repeatedly sacked by the Broncos, suffered a broken back, is out for almost half of the season and guess what the talk is around Raider nation? Bringing in Colin Kaepernick!

With Derek Carr lost for up to six weeks with a fracture in his back, that planet is now blocking the sun in Oakland.

It’s obvious at this point NFL owners have been staying away from Colin Kaepernick because of the fear of the media circus and/or fan backlash due to his having originated kneeling during the National Anthem in protest of police brutality and racial profiling.

All this is to say, Kaepernick’s presence on a team wouldn’t be quite as controversial as it once was — not that the Raiders have ever really cared about such things. It inevitably leads back to the question of his on-field talents and whether he would be a good addition to a team, like the Raiders, who have playoff aspirations and are now facing as many as 6 weeks with EJ Manuel and Connor Cook as the team’s starter and backup respectively.

Something had to happen to get the half-black quarterback back into the League.

Now, what will all those say if Colin Kaepernick is still as bad as when he was last benched and how long will activists demand he remain on the field despite performance?

So, I pose the question to you…