In our nation’s ongoing quest to show diversity and inclusion as demanded by the left, people who use the race card, especially the now-trendy black-female card, show repeated incompetence in delivering what they promise but are quite competent in absconding with the taxpayer’s money. As usual, when it comes to access to millions of taxpayer dollars in Washington, D.C., it all depends on who you know and we’ve seen it before.

First Lady Michelle Obama’s Princeton classmate is a top executive at the company that earned the contract to build the failed Obamacare website. Toni Townes-Whitley, Princeton class of ’85, is senior vice president at CGI Federal, which earned the no-bid contract to build the $678 million Obamacare enrollment website at Healthcare.gov. CGI Federal is the U.S. arm of a Canadian company.
— Daily Caller, 10/25/13

We all know how well that $678 million no-bid contract worked out for the American people. Granted, working within the red-tape federal government parameters is probably a bear to circumnavigate, but for the amount of money awarded it should have been graciously dealt with and a working website delivered.

Five years later, we apparently still have the incompetent mixing with federal government access to millions of taxpayer dollars, a failure to deliver the goods as promised and a black woman with questionable ability to handle the task at hand.

The mission for the Federal Emergency Management Agency was clear: Hurricane Maria had torn through Puerto Rico, and hungry people needed food. Thirty million meals needed to be delivered as soon as possible. For this huge task, FEMA tapped Tiffany Brown, an Atlanta entrepreneur with no experience in large-scale disaster relief and at least five canceled government contracts in her past. FEMA awarded her $156 million for the job, and Ms. Brown, who is the sole owner and employee of her company, Tribute Contracting LLC, set out to find some help.

Ms. Brown, who is adept at navigating the federal contracting system, hired a wedding caterer in Atlanta with a staff of 11 to freeze-dry wild mushrooms and rice, chicken and rice, and vegetable soup. She found a nonprofit in Texas that had shipped food aid overseas and domestically, including to a Houston food bank after Hurricane Harvey.

By the time 18.5 million meals were due, Tribute had delivered only 50,000. And FEMA inspectors discovered a problem: The food had been packaged separately from the pouches used to heat them. FEMA’s solicitation required “self-heating meals.”

“Do not ship another meal. Your contract is terminated,” Carolyn Ward, the FEMA contracting officer who handled Tribute’s agreement, wrote to Ms. Brown in an email dated Oct. 19 that Ms. Brown provided to The New York Times. “This is a logistical nightmare.”
— New York Times, 2/6/18

This is NOT to say they’re aren’t competent black people around the country who can’t handle large scale projects, but we also live at a time when racebaiting big mouths get the attention and much is done to placate them. Possibly knowing a few Obama holdovers in the federal government to assist in the tax dollar hook-up didn’t hurt either.

Then again if you screw the taxpayers and you’re an aggrieved minority, don’t assume responsibility. Blame and bite the hand that fed you very well. 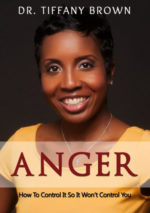 Brown admits she didn’t have the money to finance to project but insists she wasn’t awarded the contract as part of a sweetheart deal. “I got it because I had a very good proposal and understanding of what was needed,” she told CNN. “Here is what I can say, I’ve had challenges with government contracts in the past. The primary reason is financial resources, and lack of support,” she said. She says FEMA was the real problem. “They need to really shore up their infrastructure for payment for their contractors,” Brown said. “If you want someone to provide a service of $155 million, you really should pay or wire transfer within 24 hours or pay a percentage.”

Brown admits she didn’t have the means to create and deliver the meals prior to accepting the contract, but that’s not what she wrote when she sought millions of taxpayer dollars.

Obviously not but now “FEMA is to blame” for giving a contract to a woman who shouldn’t have applied for it in the first place.

Most contractors understand payment can take between 30 and 60 days after delivery of a product and the federal government is no exception. And now she plans on suing the taxpayer for termination of a deal she couldn’t deliver. Demanding payment despite having a history of failure will probably result in the misguided black, liberal traditional charge of racism and she’ll get paid something to make her go away… at our expense.