Like many of you, we get numerous email alerts from news websites from Politico to The Daily Wire and you can always tell the professionals from those that have employed young people with minimal journalism training. Their posts often include sensational headlines prefaced with “breaking”, even though they didn’t actually “break” the story, and in some cases, the “breaking” story relayed is days old.

Some sites offer a premise and then embed numerous Tweets from the questionable-important to back them up. Also noticeable is the millennial tendency of applying violent imagery to self-congratulate themselves for offering up a counter argument. 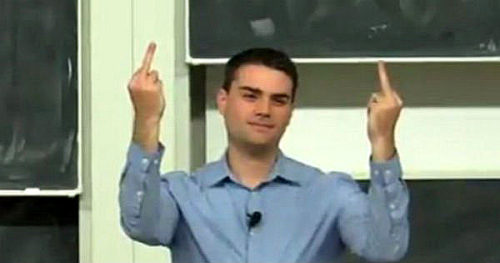 Whether they’re destroying, killing, shredding an opposing point of view, does applying violent verbs to their headlines imply their counters are unassailable and if you dare question them, you’ll be destroyed?

This kind of runs contrary to their demands that all points of view be respected. They consistently demand all points of view be observed, whine about being excluded from oppressive progressive venues, yet they “stun”, “nail”, “destroy”, “shred” and “kill”, armed with “backfires” and “bombshells” for opinion that differs from their own as a way of further diminishing their opponents personally. Not to exclude their constant need to make their intellectually superior retorts portrayed as “epic”.

Talk about the need to boost fragile egos.

I think a lot of this younger generation were brought up to believe that it’s very important that their voices be heard, and so I think it’s a bit harder to fit into an institution where it’s less than democratic in some ways. One generation came of age where they entered this esteemed institution and tried to find a way to fit into it, and this other generation has an expectation that the institution will change to accommodate them. That’s the essence of the tension.
— “Institutional” New York Times “person”

This is just one of the reasons we don’t open their “news” alerts and when we do, it’s for comic relief or a sense of pity for what was once a respected craft.