As Candace Owens recently enjoyed her one-year anniversary as a “conservative”, we continue to watch with sheer embarrassment at the number of people (mostly older conservative males) who’ve anointed her as the latest leader of black people while issuing blog musings they assume we’ve NEVER been exposed to before.

The obvious moral of this tale is that the Democratic Party has become so dependent on the African-American vote that it cannot hope to win a national election without generating a level of enthusiasm in that community comparable to that which former President Obama enjoyed. Consequently, any Democrat with an IQ exceeding single digits should be terrified by the #WalkAway movement. Candace Owens, one of its most influential voices (ask Kanye West), constantly reminds her huge social media following that the Democratic Party has used African-Americans to gain power and provided very little in return:

“When over 90% of a community is voting for one political party, they become irrelevant. Our voting predictability made it so that neither side needed to make good on promises to our community. This is all about to shift, dramatically.”
— David Catron, American Spectator

Do you really think Candace Owens was the first to issue this profound, original perspective?* 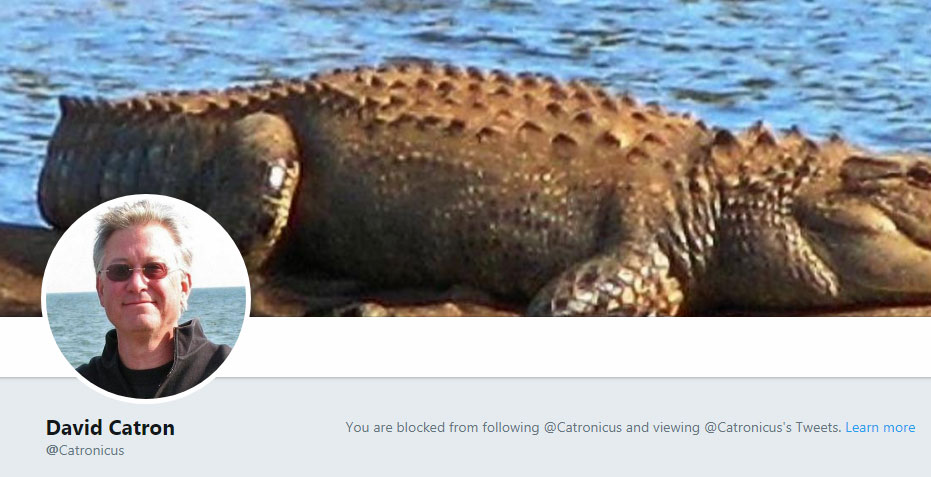 Obviously, Mr. Catron was wowed and is too important to accept there may be a point of view on black politics HE hasn’t considered.

No matter how many times we have white conservative males dismiss us because THEY know she’s such an important voice in a black community they seldom frequent or engage, it’s also sad how little they still know about Candace Owens and once told, they’re ready to give her a pass because of her “social media presence”.

Sorry, Kim Kardashian and Honey Boo Boo also have a huge online presence and try qualifying that value to society.

Among the stories that ran on the site: A critical look at Trump’s Muslim ban titled, “Serious Question: Is Donald Trump a Social Experiment?,” in which the writer compared Trump to Hitler; an explainer on how Trump can still be a racist even if he’s married to an immigrant; and a satirical “investigation” into the size of Trump’s penis (spoiler: probably small, the story concludes).
— The Root, 5/6/18

BTW — Candace Owens was a “journalist” for Vogue Magazine (if you can find ONE piece she wrote… just one) but it seems to be a well-kept secret as to why she left a company one would think would revere and empower black female employees.

Like most narcissistic millennials who don’t believe anything existed before them, Candace Owens is only clumsily repeating what many others have said decades before she emerged from the tough ghetto of Stamford, Connecticut and we’d have never heard of her had Turning Point USA’s Charlie Kirk not needed a black face to distract from the documented racists within his nonprofit and it paid off.

Candace Owens wanted attention, needed a job, and has been sanctioned as the latest black “leader”. If Tweets are all it takes to be considered important, one would think Tweets would be well thought out. 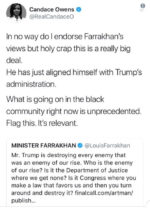 And then, there’s Candace.

In May, Owens praised a Louis Farrakhan tweet praising Trump as “a really big deal” and “relevant.” After a backlash from figures on the right, traditionally no fans of the Nation of Islam chief and his history of anti-Semitic remarks, Owens deleted the tweet.
— Daily Beast, 6/13/18

Any experienced activist with a modicum of common sense knows there are always delicate nuances to be navigated within an issue; not just pop off because you assume you must interject yourself immediately into a controversy.

Sadly, white conservative males are barely any better than liberals when it comes to their ignorant analysis of black politics. Larry Elder, Jesse Lee Peterson, the late Frances Rice, Shelby Steele, Ward Connerly, Walter Williams, Ken Hamlin, Star Parker, myself and many more have worked and lost much to share what are now declared new, fresh revelations by a social media “star”.

Political orthodoxies notwithstanding, there are plenty of black men and women who have broken from the party line on race—from anti-identity politics liberal John McWhorter to Muslim reform champion Ayaan Hirsi Ali to Wall Street Journal columnist Jason Riley to libertarian podcaster Kmele Foster to retired political scientist and Trump supporter Carol Swain to talk show hosts Larry Elder and Amy Holmes to Brown University professor Glenn Loury to Heritage Foundation president Kay Cole James. One may certainly disagree with some or all of their ideas; but no one would suspect them of being opportunists with no substance. Whether Candace Owens has any ideas at all besides the advancement of Candace Owens is very much in question.
— Cathy Young, 5/8/18

Owens created a website to dox anyone who dared say anything negative about her yet has been given star status on Fox News. Very few on the right ever came to the defense and/or offered an almost daily seat on the curvy couch to the many black conservative activists who were left to fend off the vicious left, the Democrat Party and their hostile media. Fox News still hasn’t offered contributor David Webb a show, and we have yet to see them reach out to Herman Cain, Alan Keyes, Alfonzo Rachel, Mychal Massie, Allen West or any of the others who’ve paid dearly as a result of the onslaught received because they dared speak out against the plantation mentality.

But when Candace speaks, clutch the pearls!

I don’t know how many times to say it, but I’ve always found it insulting that liberals and conservatives alike deem it acceptable for black people to be the ONLY demographic in the United States to have unelected leaders: leaders THEY anoint and give a platform despite dubious backgrounds and self-serving motivations. If you can scrutinize an Al Sharpton and Jesse Jackson, why give Candace Owens a pass? 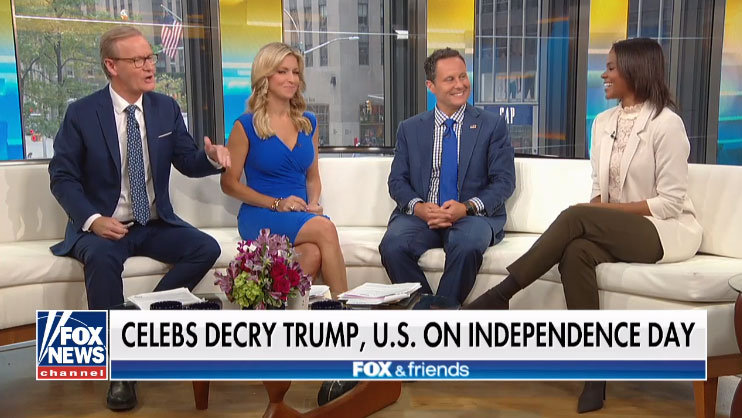 Candace Owens said Thursday she believes the Democratic Party will see a “major exit” by black voters leading up to the 2020 presidential election.

The Turning Point USA communications director predicted that black men and women – not white middle-class women – will become the “most relevant vote” in the United States by 2020 because more and more African-Americans are hearing “different ideas” through digital and social media.

“There is going to be a major black exit from the Democrat Party and they are going to actually have to actually compete for their votes in 2020,” Owens said on “Fox & Friends.”
— Fox News, 7/5/18

If only solving political issues within the black community were as easy as throwing out a few symbolic hashtag Tweets and Facebook posts.

Black people have been hearing “different ideas” for many years and the deaf ears continue for a variety of reasons, the least of which was a social media #WalkAway “movement”. As long as white conservatives prop up those they sanction as important while being too lazy to vet for experience, results and possible self-serving motivations, little will be achieved but then again, it’s been far from proven that the elite within the conservative movement is willing to do anything different and continue to write off black people.

And while it’s supposed to be a cute hashtag, there are risks with walking away from hostiles with no proper strategy. It’s easier to be shot in the back.

I’ve also said it many times that the black convert from Democrat-to-Republican is nothing that will be achieved by an artificial trend but are personal choices (with important familial and social considerations) to be made by those who’ve finally had enough already. Democrats use black people enough for political gain. Modern Republicans have been terrible at messaging while ignoring those blacks who’ve been trying to spread that message. Almost all lost, so it was never about their personal popularity like it is with Candace Owens. 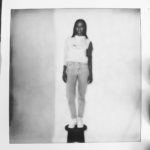 Greatest picture of me ever taken. It was shot by Mike Lerner on an old Polaroid a few days ago.
I love it because I truly recognize myself.
— Candace Owens Tweet, 6/28/18

You were my favorite person ever to do a show with! We had way too much fun backstage. Do I not do the best @RepMaxineWaters impression ever?
— Candace Owens Tweet to Dean Cain, 6/30/18

To all the young people that follow me: I never dreamed of getting into politics, in fact, I never even thought about it. Unexpectedly, God can light a spark into your heart, and that spark can turn into a fire. Everyone has a purpose. It’s unmistakable when it arrives.
— Candace Owens Tweet, 6/27/18

Name ONE black so-called leader on the conservative side who’s ever exhibited such humility while in the trenches.

While the oh-so-important deployment of a hashtag will again be embraced by people who use black people for political and personal gain, the messenger delivering is always going to be important because when Candace Owens stumbles, and she will, conservatives will again look the fool for embracing another race hustler and white enablers behind the scenes will #WalkAway unscathed… again.