Spare Us the Faux Outrage Over ‘Homophobic’ NY Times Video 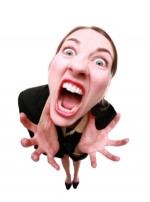 In yet another hysterical, clutch-the-pearls moment, the world has come to a grinding halt over a video cartoon created by “New York Times opinion”….

Spare us the collective shock over liberals being insensitive because despite many offenses, once busted, they collectively issue their “That’s not who I am” statement, to which we have to constantly remind them, yes, it is.

The “video” in question was apparently the “opinion” of many at the New York Times who were paid to produce it.

The video idea was presented to someone at the Times deemed receptive, someone greenlighted it and the rather amateurish artistry was created.

It IS who they are.

Many have called blacks the n-word, women the c-word yet walk away relatively unscathed because they were “joking”. We’ve documented dozens of instances where liberals have slurred gays, ethnic groups, and almost all (especially in the entertainment business) are still working to this day but if the offender has any ties to the Republican Party or conservative movement, they are summarily destroyed.

The only time liberals tend to eat their own is when mostly white liberal women are affected (see: #MeToo). Then it really doesn’t matter who the offender is. Then again, black liberals get an occasional pass when an agenda more important is inconveniently affected.

So, when the apologies and explanations are issued, and they will be soon, remember liberal intolerance is not an anomaly. When the culprits assure all their “opinion” was not who they are, it is and they’ll show us again who they are.