Makework: Why Are the Police Only Stinging Men in Online Sex Operations?

Let’s put it this way; if we were to find out that a county police department were singling out women in stings for high-profile prosecutions, we all know how loud and near-hysterical the calls for protests, firings and jailings would be. But because they’re only going after men who should’ve known better, it’s all good and said police department can continue to create and target “sexual predators” for all the residual revenues and job justifications that come with it.

That’s only recent news and those doing the stings believe they are doing the public a service.

“Your average Joe out there” and despite mentioning that women are engaged in prostitution, it’s the arrest of the men that garners the headlines. You can’t tell us that if women weren’t similarly targeted in a wide sting net, fish wouldn’t be caught, but we don’t see police departments targeting women with comparative zeal. 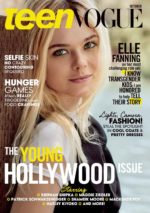 Not to in any way excuse men seeking sex with underage girls, but someone also need talk to those in the exploitative entertainment industry who’ve hypersexualized very young girls for decades in ways highly inappropriate but profitable, and then lecture us when young girls are “victims” of perverse desire.

Police departments pat themselves on the back, the media promotes, citations and promotions are issued, setting someone up in an attempt to separate people from their freedom is something not considered an ethical tactic and government law enforcement is specifically cautioned.

645. Entrapment
Entrapment is a complete defense to a criminal charge, on the theory that “Government agents may not originate a criminal design, implant in an innocent person’s mind the disposition to commit a criminal act, and then induce commission of the crime so that the Government may prosecute.”
— Department of Justice

Obviously, responding to sexual online messages from anyone you don’t know is a very stupid thing and you kinda’ deserve the ramifications should you get caught up in a police-inspired sting. But we’re also told that initial police sting operations can be as innocent as a “young girl” asking for “help” before a sexual aspect is gradually introduced. Too many men are currently languishing in prison because of predatory police divisions who spend more time online than going after documented sex traffickers and violent offenders, many of whom come from south of the border and now infect declared sanctuary cities and beyond.

In Los Angeles, 15 women and girls were forced by a family-run human trafficking organization into prostitution. As a result of the investigation, seven Guatemalan and two Mexican nationals were found guilty of conspiracy, sex trafficking of children by force and importation and harboring of illegal aliens for purposes of prostitution. They received prison sentences ranging from two to 40 years depending on their level of involvement.
— U.S. Immigration and Customs Enforcement, 1/16/13

Many women are physically leading sex trafficking rings and while they do receive minimal fanfare in local media, they receive scant, if any national media attention because the activist narrative must remain that women are ALWAYS the victim, NEVER the predator.

But we see entire departments created with one purpose: police officers successfully role-playing as young females to entrap weak men of all ages and professions to justify created jobs and the taxpayer resources required.

While citizens are victimized by crime that affects their persons and property, police departments have personnel sitting behind computers, pretending to be someone they’re not and doing so in sexually-provocative manners (which requires what kind of mind?), and targeting American unsuspecting men under color of law.