#FireRonna: 39 House Races Had NO GOP Candidate on the Ballot

When the results come in, Republicans will either keep their majority in the House and Senate or could find themselves at the mercy of a petulant, angry Democrat Party. One would hope the Republican Party would do everything possible to keep their majority status, including making every race competitive; not just raising enough money to keep the party staff well fed and financially comfortable.

This Is the Woman Who Could Help Republicans Win in November

Ronna Romney McDaniel loves the phrase “You don’t get what you don’t ask for.”

McDaniel, 45, is supremely confident about asking for what she wants: Since January 2017, when she became the chair of the Republican National Committee, she has helped the party haul in well over $210 million, more than any previous RNC chair during a midterm election cycle. The Michigan-based mom of two has traveled more than 150,000 miles, visiting over half the states. But there’s no time to rest: Republicans are fighting to keep their hold on Congress in a November vote that is widely seen as a referendum on President Donald Trump.
— Glamour Magazine, 9/13/18

If you can raise large amounts of money, cool. You need to be able to show results and if the game is politics during a political season, you need to assure donors and voters that you’re competitive. Appearances on cable news is one thing and it’s sad how that alone can be enough to give one credibility.

It also means you need to have players on the field, something Ronna Romney McDaniel’s Republican Party has monumentally failed at doing, especially in a campaign season predicted to be razor-thin close. 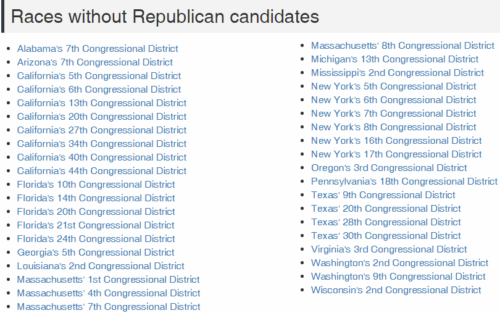 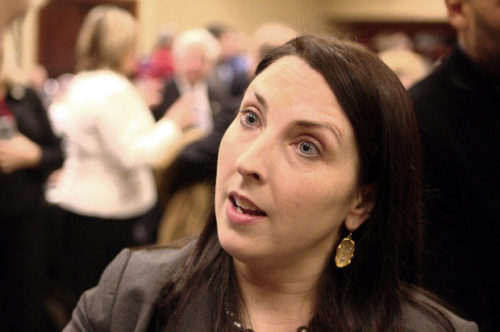 The standard excuse issued is that some races are “unwinnable”; an excuse clearly debunked by that well-known term “upset victory”. However, upset victories are only possible if an effort is made and maintained.

When the final numbers are tallied on election night, we’re hoping the Republican Party keeps both the House and Senate so President Trump’s agenda can continue to move full steam ahead.

However should the Republicans lose the House and the margin is within 39 seats, we hope Ronna Romney McDaniel has more than excuses why the party couldn’t find and support a candidate to at least try and make those races competitive. We hope she has an even better reason on why she should keep HER job, which could be argued was more about the protecting the self-serving while making a half-assed attempt at recruiting those who wish to serve the American people.

In very few instances is a no-show acceptable, especially when it’s your well-paid job to not only raise money to keep your employees compensated and your expensive overhead covered, but to also support candidates who’re sticking their necks out.

That is, unless, you dropped the ball and there are no candidates to support.

As it turns out, Republicans lost the House by 26 seats. 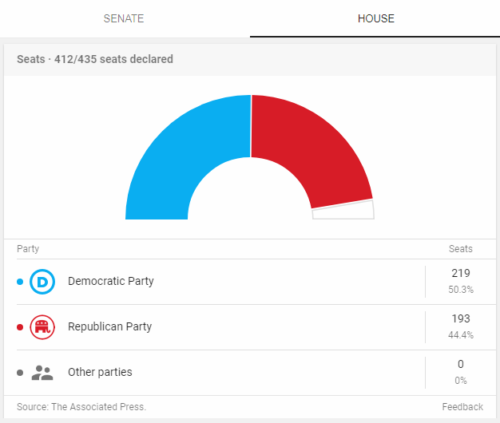 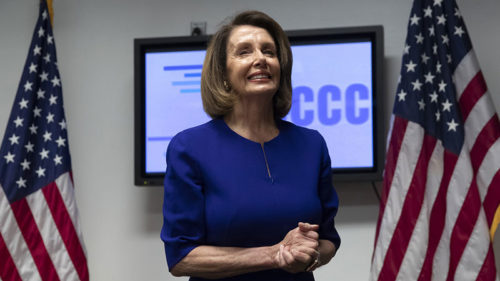 There are many teams prior to the start of the 2018 National Football League season that we all know don’t have a shot in hell in winning the Super Bowl, yet they try and find the best possible players to put on the field in an attempt to compete, and some even win. At the start of the last National Hockey League season, no one believed an expansion team would make it to the Stanley Cup final. Yes, they didn’t win but had they adopted the wisdom of the Republican Party, Las Vegas wouldn’t have even put that team on the ice.

Would those 39 uncontested seats have produced victories? That all depends on how invested Ronna and the national party would have been to that district, but it also shows the lack of interest a “sacrificial lamb” had in sticking his or her neck out knowing they’d receive zero meaningful help from the GOP. One would think Republicans living in those districts would have appreciated the courtesy of having a candidate, other than a Democrat, to vote for.

But her Uncle Mitt found his way back to Capitol Hill, one step closer to what he’s always believed is his birthright, whether the people of Utah or the United States want him or not and Ronna’s presence can only be there for a reason, given her years of experience and political acumen.

Romney McDaniel began her political career in 2012 working on the presidential campaign of her uncle, Michigan native and former Massachusetts Gov. Mitt Romney. She was elected one of Michigan’s two representatives on the Republican National Committee in 2014 and was elected  chairman of the Michigan Republican Party in 2015.
— Detroit Free Press, 12/9/16 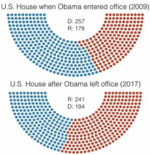 Turning Michigan red in 2014 wasn’t that monumental an accomplishment given the backlash that had been brewing against Barack Obama and Democrats for years. But her name was enough, losing with Mitt in 2012 wasn’t enough and now Ronna Romney McDaniel takes the 2018 midterm House loss with a smile.

That “blue wave” hit the Trump red wall… it was a great night for Republicans!
— RNC Chairwoman Ronna Romney McDaniel, 11/7/18

Tell that to the driven Republican candidates who lost and voters who had no GOP option.

Let’s do some easy math.

In 2018, there were 435 congressional district races and 35 senate races. According to OpenSecrets, the GOP raised $283.6 million and spent $274.7 million. That could’ve come out to roughly $584,415.00 per race, not including what the candidates individually raised. Even if that expenditure per campaign were lowered to $450k per race so assistance could be shared with statewide candidates, there was more than enough cash to help candidates that needed support while keeping the GOP staff fat and comfortable with the remaining $34.2 million “cash on hand”.

Like most on the D.C. political level, failing to do what you were hired to do is not a fireable offense like in almost every other business entity. We’re probably stuck with McDaniel for the foreseeable future and we’ll also soon see where her true alliances lie and why she was installed as Chairman of the Republican Party in the first place.