No matter the number of smiley-face appearances she puts on it, despite the fundraising numbers due more to President Trump’s performance than anything the party can point to, Republican National Committee chairwoman Ronna Romney McDaniel’s term continues to be an abysmal failure and the numbers bear this out.

On Tuesday night, Democrats flipped two Republican-held state legislative seats — one in Oklahoma, one in New Hampshire — that Donald Trump carried in the 2016 election.

That makes six turnovers from Republican to Democrat in contested state House and Senate races so far in 2017 — and 26 out of 35 races (at the state legislative and congressional level) in which the Democratic nominee has overperformed Hillary Clinton’s showing last November. (Worth noting: Republicans have yet to flip a Democratic-controlled seat so far this year.)
— CNN, 9/13/17

After the 2018 midterm elections, 20 House Republican incumbents lost their seats to a Democrat. Of those, 10 were in Clinton-won districts, while 9 were incumbents who Republicans had previously said were in competitive, coin-flip races.
— Axios, 11/8/18

Republicans suffered setbacks in two states in off-year elections Tuesday, despite President Donald Trump’s efforts to rally supporters to the defense of GOP candidates down the ballot as the 2020 race heats up.

A staunchly pro-Trump Republican governor in Kentucky faced what could be an upset loss in his re-election bid. And in Virginia, Democrats seized both houses of the Legislature from Republicans, gaining full control of state government for the first time in 26 years.
— Bloomberg, 11/6/19

But that didn’t stop Ronna from basking in another Fox News appearance to explain victories despite the unpleasant new realities on the ground we all now have to live with.

If anything, Ronna Romney McDaniel is consistent. Given the activities of her “progressive Republican” Uncle Mitt over the years, her appointment to chair of the Republican National Committee can only be politics-as-usual at the least, nepotism at the worst. And while her tenure as chair has brought in highly-touted record amounts of fundraising for the party, like most nonprofits, the only people who appear to benefit are those within the GOP apparatus. Certainly not down-ballot candidates or ultimately Republican voters. 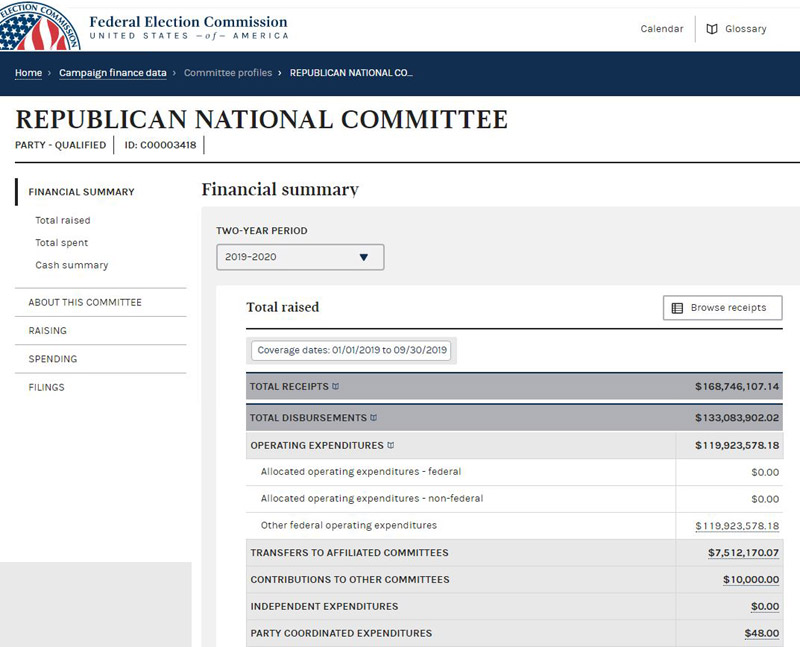 According to FEC filings in 2019 alone, it appears a whopping 71% of the monies raised in 2019 has gone to “operating expenditures”, meaning pricey office spaces, travel costs, lots of meals, overhead expenses and very generous GOP staff salaries that keep them visibly well fed.

If 2018 was any indication, it doesn’t appear that the Republican Party supports state and/or local candidates if at all.

The state and local Republican (nonprofit) parties don’t appear to be any better off as those at the top find it easier to blame their voters and not their lackluster attempt to inspire them with a solid ground game and exciting candidates.

For example, Bill Card, Chairman of the Prince William County Republican Committee in Virginia laid most of the blame for 2019 flips of Democrat-to-Republican seats on GOP voters and did so on local Washington, D.C. radio.

While Card conveniently blamed the absence of a top-of-the-ticket draw, the same could be said about the Democrats and for some strange reason, they were inspired to get their voters to the polls; a feat local Republicans failed at big time.

Between hiring inexperienced, victory-challenged millennials to charge top dollar and consistently run losing campaigns to lazy and literally fat-and-happy heads of state and local Republican parties who show little interest in providing near zero evidence that Republicans are even on the ballot, it’s no wonder why disciplined Democrats are winning seats previously held by Republicans for decades. 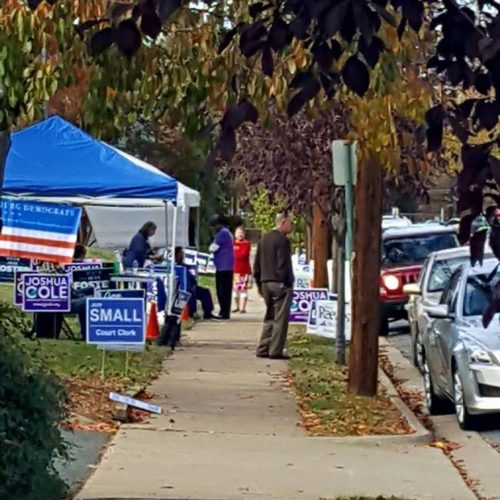 For example, outside voting precinct #401 in Fredericksburg, Virginia, Democrats were present and readily handing out sample ballots. There were no Republicans in sight and in general there seems to have been an overall lack of urgency, especially given the highly-publicized monetary interference of George Soros. That was NOT the fault of the voters but of those who readily take in party donations and again have little to show in return.

…
While those running the national, state and local Republican parties will continue to absolve themselves of results that would have gotten them run off The Apprentice long ago, Republicans in many locales will be forced to endure higher taxation, sanctuary states, counties and/or cities, infanticide on demand, anti-police #BlackLivesMatter and #Antifa promotion, assaults on the 2nd Amendment, LGBTQIAP+ anything and everything in schools, climate change mandates, Muslim special treatment, voting rights for super majority Democrat felons, gerrymandering run amok, pro-illegal alien programs and oversized welcome mats for “refugees”, complete with every housing, food and cash demand that can be doled out at taxpayer expense.

Yes, this is what happens when Republicans don’t vote.

It’s also what happens when the RNC party leadership provides little-to-no support for candidates, that is if we don’t provide Democrats the gift of more uncontested seats.

Only someone who considers donors and voters stupid could make such a blatantly dishonest statement on national television with a smile.

Ronna Romney McDaniel is a self-serving, empty plus-size and the continued examples of her failed “leadership” has tricked down to the local level and the Republican Party is being made quite irrelevant.

It’s almost like this could be part of some divine plan to plow a path for a possible savior.