If you didn’t think the so-called #DeepState isn’t scared shitless about the possibility that President Trump may soon declassify all documents relating to the Russian collusion ruse, remember: only they are allowed to screw people’s lives and even send anyone they want to prison. It’s not supposed to happen to THEM and now that it’s a distinct possibility, they are fighting back to save their arrogant, fat and comfortable asses.

In court filings last week the Department of Justice deployed what could be the nuclear option in its latest effort to prevent President Trump from declassifying information regarding FISA warrants used to spy on his campaign aide Carter Page: It is claiming that such a move would interfere with Special Counsel Robert Mueller’s investigation.

This is the first time the DOJ has explicitly made this argument implying personal peril for the president, since interference could open Trump to charges of obstruction of justice. Until now, the department has argued that declassifying the documents threatened national security.

In the 178-page court document, DOJ officials said they had “determined that disclosure of redacted information in the Carter Page FISA documents could reasonably be expected to interfere with the pending investigation into Russian election interference.” 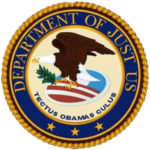 That rationale has heightened suspicions among congressional investigators that the special counsel is being used to prevent the disclosure of possible FBI abuses and crimes committed during the Russia probe.

“The obstruction trap was built into the special counsel,” a congressional investigator told RCI, speaking, like the two other sources in this article, only on condition of anonymity.  “If Trump fires Mueller, or Rosenstein, or declassifies documents [embarrassing to the FBI] it’s likely to bring an obstruction charge.”

And that would mean double jeopardy for Trump. “Obstruction is the instrument the Democrats are likely to use to impeach Trump if they win the House,” said the congressional source.
— Real Clear Investigation, 10/26/18

Now you can understand why the 2018 midterm elections are so important, especially to the left.

A lot of people feel the way you do, Senator, that words matter. Why don’t a group of you all get together and just confront him and say, you know, “Mr. President, this is not helping. You’ve got to stop it”? So many people come on this program and say what you’re saying, “This is wrong, this is bad. What are we going to do?” It’s very tit for tat. But I know there are people that feel, a lot of people that feel the way you do in very powerful positions. Why don’t a group of you just confront him and just say stop it?
— CBS This Morning co-host Gayle King to Senator Mark Warner (D-VA), 10/26/18

It looks like the message has been sent again because President Trump hasn’t gone away, despite earlier warnings.

Let me tell you, you take on the intelligence community, they have six ways from Sunday to get back at you.

“They have six ways from Sunday to get back” at the President of the United States… wow.

So, even for a practical, supposedly hard-nosed businessman, he is being really dumb to do this.
— Senator Chuck Schumer, Rachel Maddow Show, 1/3/17

It’s not about who the people want to represent them but about saving those within the federal government from the peril they created for themselves and a media so willing to collude with them to remove a president they didn’t authorize.