If anything, the present drama illustrates the glaring difference between two Americas: one where we all live by the rules of capitalism and the other where those rules don’t apply and those within it feel entitled to what most of us can’t even imagine.

And guess which America the media and punditry sympathizes with?

For example, a Boston restaurant which has been open since the late 1820s (no, that isn’t a typo) will soon be closing because of mandatory minimum wage hikes that will make it harder for them to compete. There is scant media, social or otherwise, outcry for the looming financial harm to their employees.

Michael Weinstein, CEO of Ark Restaurant Group, which owns and operates Durgin-Park, this week said the restaurant will close on Jan. 12 because fewer customers are coming through the doors and costs have risen. Manager Kenneth Thimothee said the state’s new minimum hourly wage, which rose from $3.75 to $4.35 for tipped workers and from $11 to $12 for other employees, is partially to blame. And Durgin-Park will not be the only high-profile restaurant that will close this year, said Bob Luz, president and CEO of the Massachusetts Restaurant Association.
— Boston Herald, 1/5/19

The minimum wage law was passed by the Massachusetts Democrat supermajority and signed by the RINO governor, which is why so little of its destructive and predicted ramifications are being talked about. The federal government #shutdown is now being given headline status because a Republican president can be given the blame and all we’re hearing is how adversely it’s affected federal employees.

“As we discussed, I am a federal employee who has recently been furloughed due to a lack of funding of my agency. Because of this, my income has been severely cut and I am unable to pay the entire cost of my mortgage, along with my other expenses.”
— Office of Personnel Management “sample letter” for employee creditors

Remember that when you have hard times and you’re pleading for compassion from some of these very same people.

Many Americans who’ve interacted with federal employees are less than sympathetic.

Voters are overwhelmingly aware that there’s a partial shutdown of the federal government, but so far at least it isn’t bothering them.
— Rasmussen, 1/4/19

Maybe because more of us have had to endure the negative ramifications of the illegal alien presence in our country than any interaction (good or bad) with a faceless federal employee.

While we know some federal employees who fall into that “essential” column, too many others are publicly whining about their paychecks (which they will recoup in full once the shutdown ends), and despite what they say, it’s all about them; NOT the general public who they claim to care so much about.

Federal workers already collect bigger salaries, on average, than workers in the private economy doing comparable jobs. Their benefits packages are also on average 47 percent fatter, according to the Congressional Budget Office. They get up to 49 paid days off a year. And firing them is often impossible. Then, at age 55, if they’ve put in 30 years, they get a gold-plated ­retirement package almost ­unheard of in private enterprise, including defined benefits that protect them from inflation.

In short, federal employees are riding the gravy train, and the rest of us working stiffs who pay the taxes to support the federal government are taken for a ride.
— New York Post, 1/2/19

We’re being inundated with news story after news story about the hardships these employees are now facing because of the Democrat/Trump impasse over the relatively meager funding of the border wall.

Our personal experience with federal employees has been mixed, but I will say some of the conduct we have been exposed to would NEVER be tolerated in the private sector, but then again we all know how some private sector coworkers would conduct themselves if they knew they couldn’t easily be fired.

There is also a very visual consistency when it comes to federal employees and media stories tend to back this up: they are literally well fed and comfortable.

When we lose our jobs, how many restaurants and schools offer us a free meal?

Jose Andres, who owns restaurants in Washington, D.C., Puerto Rico and other places across the U.S., has reached out on Twitter saying that his D.C. locations will be providing a free sandwich for lunch to federal workers impacted by the partial shutdown.
— Fox 5, 1/4/19

A Maryland school board member is seeking immediate action to make school lunches free for all students in his county during the federal government shutdown. Prince George’s County is home to several federal offices, including the Food and Drug Administration, National Archives, Goddard Space Flight Center, the Census Bureau and National Archives.
— Fox 5, 1/5/19

We were always on our own or left to the dubious mercy of some of the very public sector employees who saw no sense of urgency in our situation, in fact, some of them considered us a nuisance.

Again, look at the local news reports with footage of federal employee as well as interviews, and you’ll see one thing in common: gluttony.

In 2017, there were announced layoffs in Illinois’ Cook County. The tears and real motivations of employees were on public display….

How many of these government workers, when we go to them for help, really give a shit but we’re supposed to care once the shoe is on the other foot. We’ve personally experienced horrible customer service at the VA hospital in Washington, D.C. and the employees involved will remain because things rarely get fixed within the government club.

Public employee unions are trying to stop reform of the Veterans Administration, where in 2014 it was uncovered that employees doctored patient waiting lists to make themselves look good. Vets on the phony waitlists died waiting for care.

We’re now talking about federal employees who’ve lived off the taxpayer dime for literally decades so they can retire in manners few of us can relate to. Unlike the private sector where performance is essential to the survival of the employer, public sector employees don’t have to do a good job because the government will never go out of business, per se. Unlike the private sector where bad service means fewer people coming into a restaurant, federal employees will have a job even if their customer service skills suck and they know it.

Seeing how inflated wages aren’t enough, the American people are given an entire week annually to show government employees just how much we couldn’t survive without them.

Honor public servants in your community with a note of thanks by organizing a letter writing or e-mail campaign. You can also distribute an electronic thank you card which can be forwarded to other public servants.
— Public Service Recognition Week “Celebration Toolkit”

The Southern Maryland/Northern Virginia region is one of the wealthiest in the nation. When I first moved here in 2009, the first thing I noticed was the head-turning number of very expensive cars driving north on Route 1 heading into D.C. every morning. 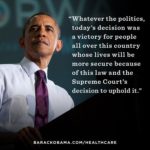 Remember, there was ZERO sympathy for those in the American public who suffered the ramifications of those in the White House and Capitol Hill who were assured they could keep their doctors and health insurance and families would save $2500 annually in premiums. The result of those blatant lies were lost jobs, broken families and no one in the federal government issued suggestions to the impacted on how to stave off creditors. No one offered free meals to those who lost hours at their places of employment and subsequently had trouble meeting their financial obligations.

As the government shutdown can be blamed on President Trump, we’ll be bombarded with as many federal employee #ShutdownStories sob stories as can be produced. 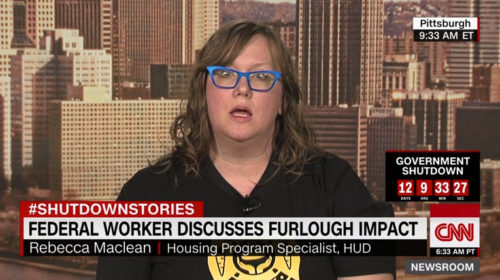 CNN: “Federal worker: I worry every day about food”

Crimes by illegal aliens can be managed and muted. But when the American people are negatively impacted by misguided liberal Democrat policies; policies the political class and their staffs exempt themselves from, there is no sympathy, let alone comparative media coverage.

Despite what you’re consuming from the media elite who are relatively shielded from the long-standing inaction of the federal government regarding the effects of illegal immigration, some federal employees are onboard with the president. 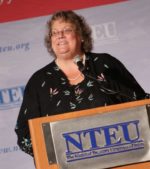 More than half of federal workers approve of Trump’s changes, ­according to a June poll. After all, they have to pick up the slack from these bad apples and resent seeing them promoted regardless of their inferior performance.

These federal employees and contractors are living very well off the forcibly confiscated tax dollars of the American people. Even though they mostly will be reimbursed for their #shutdown inconvenience, one number we’ll never be told is how much money it would’ve cost to fund the government every day to pay these employees; some of whom are productive but many more who are dead weight.