Why has the Democrat-media and their left been on the offensive#Resistance against Donald Trump ever since he won the Republican nomination, the presidency and ever since? Yes, it’s because they can’t accept the fact someone they didn’t authorize won the hearts and minds of Americans they failed to dissuade.

But also because there was a lot of, dare I use the word, treasonous activity committed by those who believed they’d never be caught had Hillary Clinton won, and are now praying liberal media interference will keep their pasty, fat asses out of prison.

It is now clear that elements within the FBI, the CIA, the Department of Justice (DOJ), and the State Department were actively working against the Trump campaign, and that these elements continued to work against President Donald Trump’s administration following his surprise win.

Immediately following Trump’s victory, these efforts focused on two specific fronts: hobbling the effectiveness of Trump’s newly formed administration and simultaneously working toward his impeachment. Complicit in this effort was the mainstream media, which almost gleefully promoted story after story full of half-truths and partial facts.
— The Epoch Times, 12/27/18

Keeping the liberal sheep distracted and angry is all the left and their media has, also knowing once the truth comes out, a very important question will be asked: How much of this did the media know and why did they take it upon themselves to be accomplices to what’s in essence a coup d’état?

And if the media admits they were totally hoodwinked by rogue elements within the FBI, CIA, DOJ and State Department, then what fucking good are they?

Everything appears to be still riding on the never-ending Mueller investigation and that’s NOT a good card to be relying on.

The Mueller investigation has proven to be an emotional issue and a source of concern for many. But there are some potentially reassuring facts for those concerned the special counsel is acting out of bounds. Mueller’s investigation has exhibited a common theme: influence peddling and FARA violations. And the majority of his investigations, such as the one into Paul Manafort, relate to events preceding Trump. Thus far, there have been no allegations of collusion in any of the Mueller indictments relating to the president.

Remember, the Democrat left and ALL of their allies have assured their consumers and donors that President Trump worked in cahoots with the Russians to change the minds of rational Americans into voting against Hillary Clinton.

Christopher Steele, British national and former MI6 agent, admitted in a recent court filing that he was hired for the purpose of providing information that would allow Hillary Clinton to challenge the validity of the 2016 election.

The Steele dossier was used by both the FBI and the CIA, and a summary of the document was provided directly to President Barack Obama. And yet, for all the weight attached to this document, most of its assertions have never been proven to be factual, many have been proven to be false, and it remains unverified to this day. 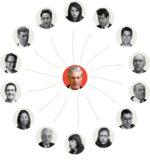 Armed with the best investigative law team taxpayer money can buy, all Mueller’s “team” been able to do is kick in the doors of the homes of lower level federal and campaign employees, break them into plea bargaining to charges that have NOTHING to do with Russian collusion (because it never happened); and some of these charges pertain to rarely-enforced “crimes” that preceded any direct affiliation with Donald Trump, his campaign, transition team or administration.

The truth ALWAYS comes out and when it does, the same indifferent lack of mercy should be shown to these people. The same level of mercy that’s resulted in some having to sell off their assets in order to obtain legal representation on par with the FBI and/or DOJ, not to mention going to jail for things Democrats were offered immunity for after doing much worse.

We should also not let the likes of ABC News, CBS News, NBC News, MSNBC, CNN, PBS, the New York Times, Washington Post, Politico, The Hill, Newsweek, TIME, as well as MoveOn, the ACLU, Democratic AGs or any of the other liberal nonprofits that pushed the “Russian collusion” hoax to a semi-trusting American people solely for the purpose of initially damaging and ultimately impeaching a sitting president off the hook. This should also include all those presently investigating the president, knowing he did nothing wrong and still want to damage him politically just because they can.

Yes, lock them all up and throw away the keys.

Hillary Clinton, the Clinton Foundation, and most everyone around them were afforded immunity or friendly agreements from the Obama DOJ despite the stench that’s been growing from new revelations.

The Justice Department “negotiated” an agreement with Hillary Clinton’s legal team that ensured the FBI did not have access to emails on her private servers relating to the Clinton Foundation, former FBI special agent Peter Strzok testified during a closed-door appearance before the House Judiciary Committee last summer, according to a newly released transcript. The DOJ’s goal, Former Utah Rep. Jason Chaffetz, who chaired the House Oversight and Government Reform Committee until 2017 and is now a Fox News contributor said, was to “make sure they hear no evil, see no evil — they had no interest in pursuing the truth.”

Chaffetz added that the DOJ’s behavior, including its award of immunity to top Clinton aides early on in the investigation, signaled a clear double standard: “They didn’t go make a deal with anyone in Trump’s orbit. They seized it. They used guns and agents — and just went in there and took it.”
— Fox News, 3/14/19

Meanwhile, anyone associated with Donald Trump’s campaign has been financially damaged, prosecuted and even imprisoned and afforded no such soft cushion. In some cases, those in the Trump orbit were hassled even though partisan investigators knew these people did nothing wrong.

If President Trump declassifies evidence in the Russia investigation, Carter Page’s summer bike ride to a Virginia farm and George Papadopoulos’s hasty academic jaunt to London may emerge as linchpin proof of FBI surveillance abuses during the 2016 election. The two trips have received scant attention. But growing evidence suggests both Trump campaign advisers made exculpatory statements — at the very start of the FBI’s investigation — that undercut the Trump-Russia collusion theory peddled to agents by Democratic sources.

The FBI plowed ahead anyway with an unprecedented intrusion into a presidential campaign, while keeping evidence of the two men’s innocence from the courts.

Multiple FBI officials have testified that the Christopher Steele dossier had not been verified when its allegations were submitted as primary evidence supporting the FISA warrant against Page. We know the FBI failed to tell the courts that Steele admitted to a federal official that he was desperate to defeat Trump in the 2016 election and was being paid by Clinton’s campaign and the Democratic National Committee (DNC) to gather dirt on the GOP candidate.
— The Hill, 3/14/19

It doesn’t give much confidence of the fairness of the criminal justice system when law enforcement feels free to investigate and pressure people they know are innocent just because they can.

The agents themselves, the lower level level agents at the Department of Justice, there has to be a sort of retraining. You can’t suborn perjury. You can’t suppress evidence. You can’t extort false testimony from witnesses through intimidation and threats. This is stuff that we’re seeing now constantly all the time.

We have a political system that has weaponized our criminal justice system for selective and political prosecutions. There is no greater threat to our government than a country that uses its criminal justice system to selectively and politically prosecute people. This isn’t Russia or China or Iran. That’s exactly what happens over there. It’s not supposed to happen here.
— Former New York City Police Commissioner Bernard Kerik, 3/13/19

We all know it happens on the state and local level, but if you are a Republican and can have your life destroyed just because vindictive Democrats have the power and desire to  do so, they our nation is in more trouble than we think.