Yesterday, based on posts found readily on social media, we created a meme. 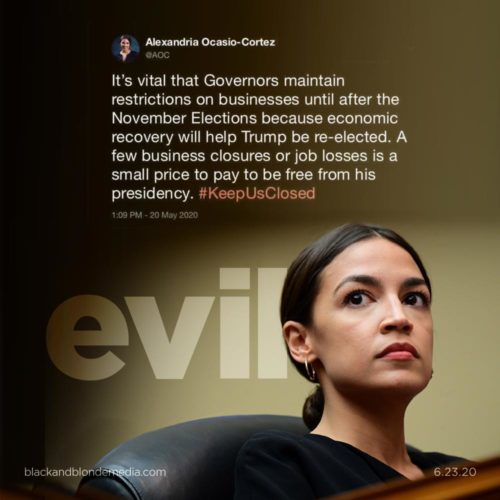 Much time was spent trying to verify if the “deleted” Tweet by Representative Alexandria Ocasio-Cortez was indeed something she authored. We couldn’t prove beyond a reasonable doubt if she Tweeted it or not but hours after screenshots began circulating around social media, @AOC addressed the Tweet in question. 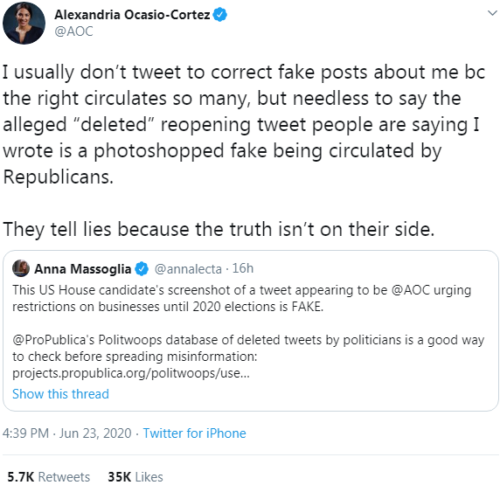 Rep. Ocasio-Cortez has made numerous problematic comments during her short tenure on Capitol Hill, has hundreds of thousands of adoring social media followers and we all know they will cover for Democrats and stifle conservatives on their various platforms. And as far as taking politicians at their word just because they’re politicians, let’s not forget the cover the Constitution grants them.

The Senators and Representatives shall in all Cases, except Treason, Felony and Breach of the Peace, be privileged from Arrest during their Attendance at the Session of their respective Houses, and in going to and returning from the same; and for any Speech or Debate in either House, they shall not be questioned in any other Place.
— United States Constitution (Article I, Section 6, Clause 1)

In other words, as long as they’re on the clock, politicians can say anything without fear of legal ramifications and it’s not like AOC hasn’t said questionable things before. But as long as Democrats have social media and other so-called fact checkers covering for them. The same “independent fact-checkers” who look the other way when mistruths are widely and gleefully shared about Republicans.

Facebook is one of them and the AOC meme we posted caught the attention of their “independent fact-checkers”. 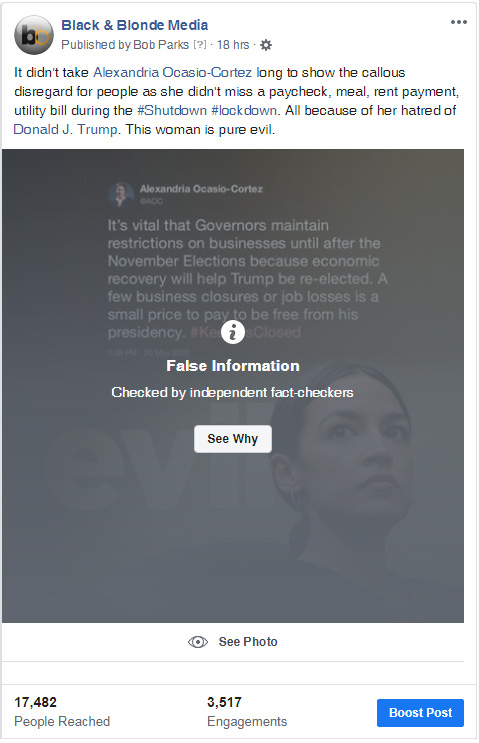 One should rightly ask why this particular “deleted Tweet” is garnering so much attention from social media “fact checkers”? It seems like a bit of overreach considering the millions of posts of questionable content shared on a daily basis. AOC claims she didn’t Tweet it but she also DIDN’T denounce the sentiment as something she doesn’t agree with and/or it wasn’t a directive she heard from higher-up Democrats on the Hill.

If keeping businesses closed and putting people out of work is acceptable, communications between Capitol Hill and the states were made directing them to keep their economies squelched just to damage the economy prior to a presidential election, that would be a huge admission with major ramifications for those participating. And those who are doing overtime “fact-checking” and covering for AOC include those who are outspoken in their partisanship and have the means to act on it. 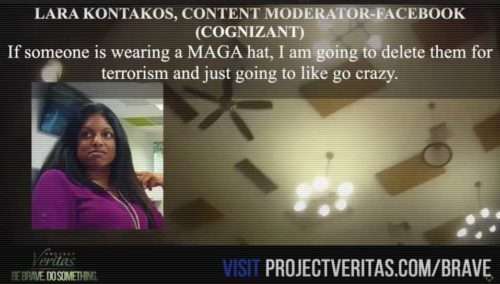 So, for the time being, we’ll leave our meme up and stand by our instincts for three simple reasons:

The overreaction from the left is telling. They’re squelching the inconvenient message in the name of the messenger.

The economy was President Trump’s reelection ace in the hole. Thanks to COVID-19, the economy was seriously damaged and the political actions resulted in many long-established brands permanently closed, millions of employees losing their jobs, all while the political class made sure they were financially untouched. Punishing Americans so Democrats can win an election is not beyond something they’d be willing and able to carry out.