#Resist the ‘No Evidence of Vote Fraud’ Media Disinformation Campaign

Given their track record of telling the public what is real and what’s not and the destructive ramifications President Trump and the nation has had to endure over the last five years, nothing the media and their “fact checkers” tells us should be taken as gospel. They’ve always been concerned about a public revolt when it comes to the trust of those who are paid handsomely to report news.

And with good reason. We now have a classic example of bias-by-omission. In other words, if the media doesn’t report it, it never happened.

As they trumpeted “Russia, Russia, Russia”, convinced half the nation the president was a traitor and there was rampant election interference, the media is now all-in on making us believe that Joe Biden is winning the 2020 presidential election fair and square, despite what many saw and are now seeing with their own eyes.

Despite video, readily available online and defensively flagged by Big Tech, showing Republican observers being tossed from ballot counting areas to the cheers of Democrats, hundreds of dubiously-completed ballots that only have Joe Biden’s name checked arriving by the carload in the middle of the night, the media insists there’s nothing to see here.

Despite the documented voter suppression committed by the media in 2000 by premature state calling and their pledge to learn from their mistake, they did it again in 2020. We won’t even get into the barrage of pro-Joe Biden “polls” that were way off but the political manipulation was accomplished.

Despite the lack of physical proof of Trump-Russia collusion, that didn’t stop the Democrats and their media from making bold declarations of guilt constantly for the first two-plus years of the Trump administration, and continuing on even after exoneration from the Mueller special counsel team.

Despite their defensive denials, it’s also clear why the New York Post was in the social media cross-hairs long before they broke the Hunter Biden laptop scandal.

A top Democratic operative says voter fraud, especially with mail-in ballots, is no myth. And he knows this because he’s been doing it, on a grand scale, for decades.

But the political insider, who spoke on condition of anonymity because he fears prosecution, said fraud is more the rule than the exception. His dirty work has taken him through the weeds of municipal and federal elections in Paterson, Atlantic City, Camden, Newark, Hoboken and Hudson County and his fingerprints can be found in local legislative, mayoral and congressional races across the Garden State. Some of the biggest names and highest office holders in New Jersey have benefited from his tricks, according to campaign records The Post reviewed.

The whistleblower — whose identity, rap sheet and long history working as a consultant to various campaigns were confirmed by The Post — says he not only changed ballots himself over the years, but led teams of fraudsters and mentored at least 20 operatives in New Jersey, New York and Pennsylvania — a critical 2020 swing state.
— New York Post, 8/29/20

In a nation the size of ours and the number of partisans who’ll do anything for a buck, it would be grossly naive to think this whistleblower is the only one ever deployed. But if chaos is what was desired, it’s been permanently installed into our election process. 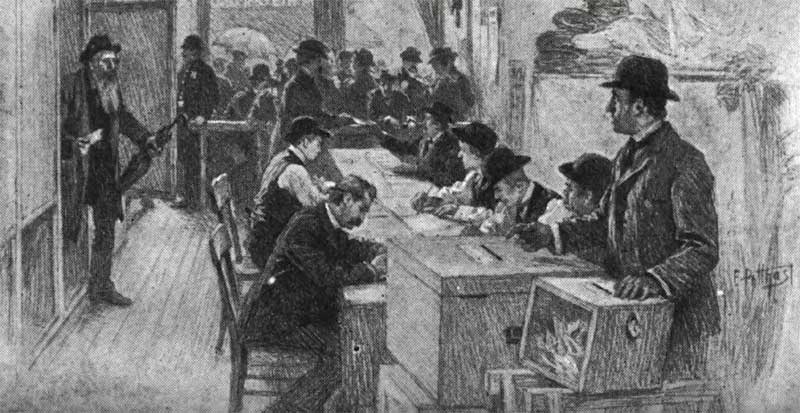 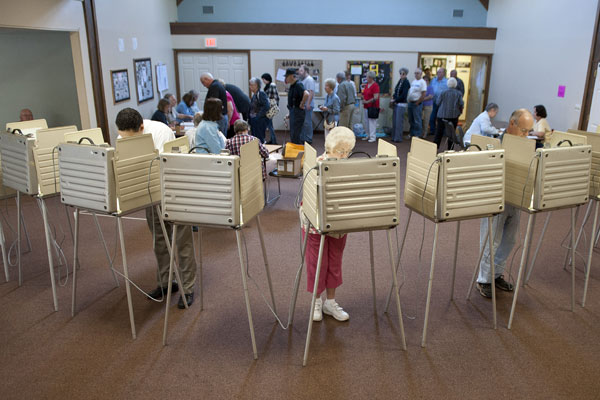 Prior to the last decade full of tabulation machines and computers, people were able to count votes and states announced a winner within hours of the polls closing. The only mail-in ballots mostly came from overseas soldiers and Democrats routinely discarded them as they tended to lean Republican. But “voting irregularities”, as they’re politely termed today, were not as abundant as we’re seeing with a process that now includes, of all people, the United States Postal Service.

Voters are justifiably skeptical when it comes to election outcomes; one because of ignorance and the other for examples being uploaded to social media Big Tech and the media are squelching.

In 2016, Hillary voters were left in tears because they stupidly believed she won because of a higher popular vote total. Note the amount of media posts for morons in 2020 explaining the Electoral College process, while editorially dissing it as antiquated. But one day a Republican president may threaten to win the popular vote and Democrats will be exalting the genius of the Founders and why the Electoral College takes precedent.

In 2020, putting an election outcome partially in the hands of the Post Office would be an idea that would be written out of a comedy script purely because it would be considered way too over the top and implausible. Yet, this is what Democrats deployed and Republicans allowed to happen. If President Trump doesn’t win his challenges, we’re going to be stuck with this shit for years. Seeing how this process has benefited Democrats, that’s all it takes for their media to sanction and defend.

So, the best we can do is let this present process play out in the courts. It’ll be messy and either way, over 70 million Americans will believe they got jobbed on this election. #Resist will again be an active word and before it’s aimed at an administration, it should be focused most on those who believe it’s their job to tell Americans what to think.

…
It’s even more dangerous because too many Americans blindly believe them.