Dominion Voting Systems Did WHAT the Night Before the 2020 Election?

Common sense tells anyone prepping for a major event that you don’t mess with it the night before said event. This goes doubly for anything involving software. You’re only asking for trouble especially when others will be working with whatever you messed with.

That appears to be precisely what Dominion Voting Systems, Inc. did the night before the 2020 Election. 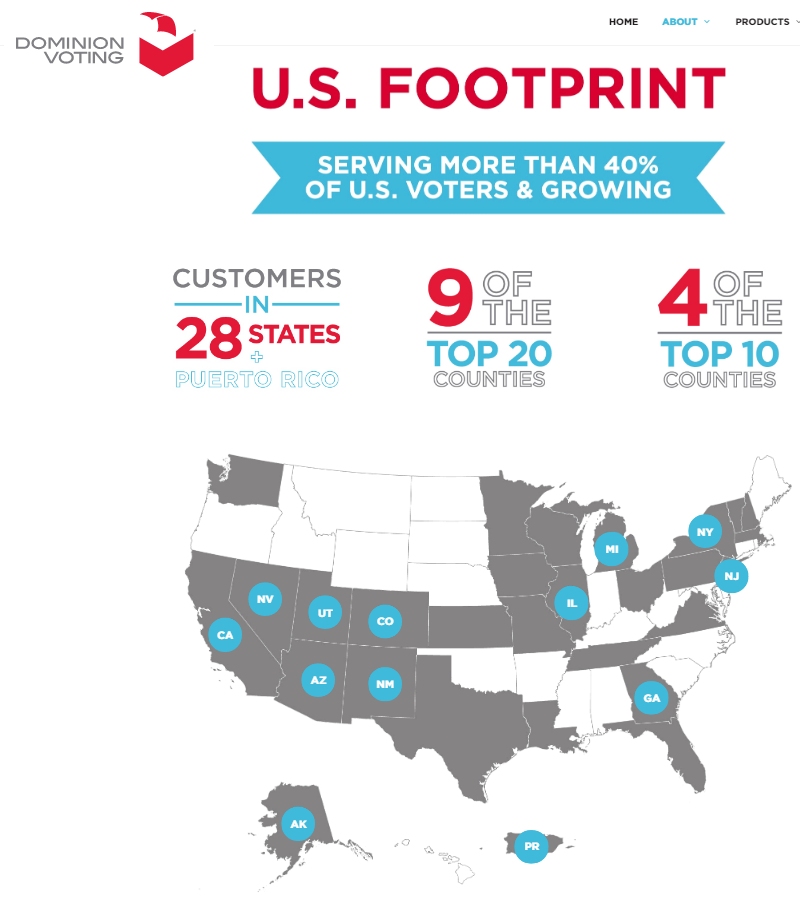 Rep. Paul Gosar (R-Ariz.) said that the election results in some states seem “very skewed” because of a reported election software glitch. Gosar said one thing he suggested to check is the election software provided by Dominion Voting Systems Corporation. “One of the things that we’re taking note of is the software. There seems to be a problem,” he added.

Dominion systems experienced a technical glitch in two Georgia counties on Election Day, which caused the machines to crash for several hours. Marcia Ridley, the elections supervisor at Spalding County Board of Election, told Politico that the glitch was due to the company uploading something the night prior, “which is not normal.”
— Epoch Times, 11/7/20

Let’s remove the casual use of the word “glitch” from responsible conversation.

Software is really stupid stuff. It does not go off on its own, has no mind of its own, and there is no intelligence anywhere in code. It performs instructions and does them over and over, exactly the same every time, no matter what.

Something changing is not a “glitch.” It is a change.

So when you hear that there is a “glitch” in the dark of night and votes got moved around, you can bet it wasn’t the lightning strike or a broken water pipe. It was someone changing something. It likely left some tracks. And my experience is there will be lots of tracks. Competent forensic investigators know just where to look. They are likely to find that someone changed something, and it was not a “glitch.”
— American Thinker, 11/8/20

Uploaded “something”? Seems either extremely reckless or intentional.

The companies “uploaded something last night, which is not normal, and it caused a glitch,” said Marcia Ridley, elections supervisor at Spalding County Board of Election, Politico reported. Ridley said that a representative from the two companies called her after poll workers began having problems with the equipment Tuesday morning and said the problem was due to an upload to the machines by one of their technicians overnight.

“That is something that they don’t ever do. I’ve never seen them update anything the day before the election,” Ridley said.

But it doesn’t stop there when it comes to the stink emanating from Dominion.

Dominion Voting Systems Inc. is one of three voting equipment vendors which control 88 percent of the U.S. market.

During congressional testimony in January, John Poulos, CEO of Dominion Voting Systems confirmed that the machines Dominion manufactures include components from China and noted the issue of foreign suppliers isn’t unique to the voting equipment industry. 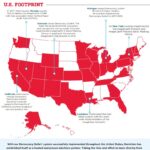 Election integrity analysts have long been concerned about what is known as supply-chain security, the tampering of election equipment during manufacturing.

If you had a company creating products involving elections, one would think you’d make damn sure there was no appearance of political alliances.

Bloomberg reported in April of last year that Dominion Voting Systems hired a high-powered lobbying firm that includes a longtime aide to Pelosi. They hired Brownstein Farber Hyatt & Schreck. Nadeam Elshami, Pelosi’s former chief of staff, is one of the lobbyists on the account.

The stink level on this election has just been raised to “high”.

You don’t have to guess what software was used.

The county uses Dominion Voting Systems equipment and results are manually transported on computer cards from the precincts to county offices, where they are uploaded onto another computer. J. Alex Halderman, a professor of computer science and engineering at the University of Michigan and an expert on voting machines and security, said he is interested in getting more information about what happened.

“It’s plausibly human error, but if a simple screw-up could cause these problems, that sounds like a technical design flaw,” Halderman said. “It’s natural to wonder whether similar problems could have occurred in other jurisdictions that use the same machine.”
— Detroit Free Press, 11/6/20

Former US Attorney Sidney Powell appeared before a Trump Campaign press conference and leveled serious charges against Dominion. Questions need to be answered.

What do they have to hide… 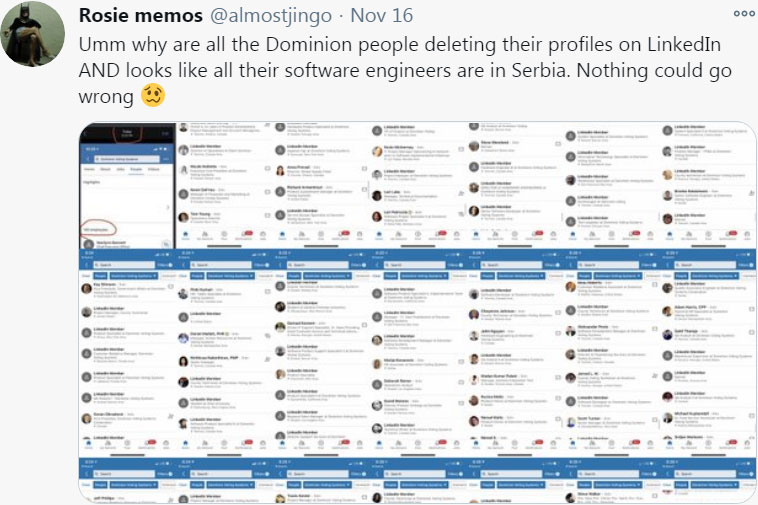 … and why are they now hiding?