For the most part, American women have rightfully enjoyed immunity from the physical ramifications of their words and actions. But sadly, some know they can and will abuse that immunity.

…
Add the power of an elected seat and some women appear to feel free to threaten the livlihoods (and maybe freedom) of those whose politics just piss them off. 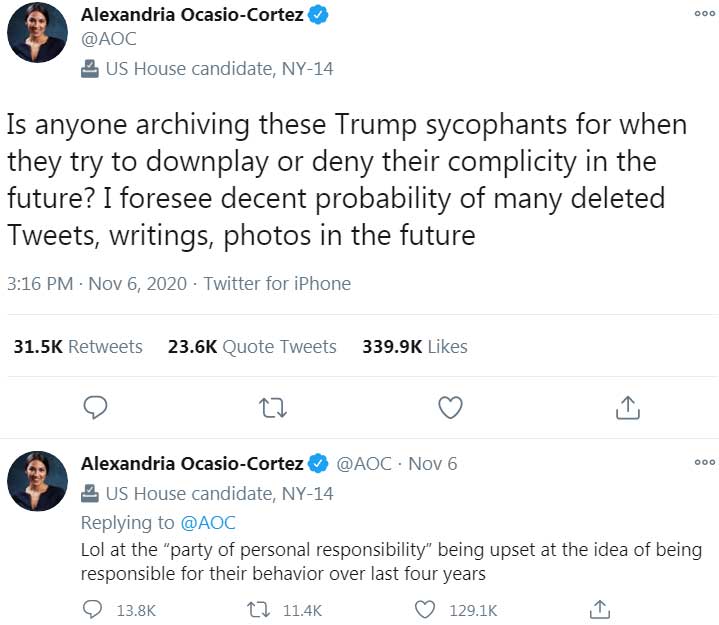 Most men would be very careful about issuing such an implied threat; that is, men who didn’t enjoy the shield of armed protection. Conversely, a lot of women feel no need to think before speaking and unhinged liberal Democrat women are letting it rip. 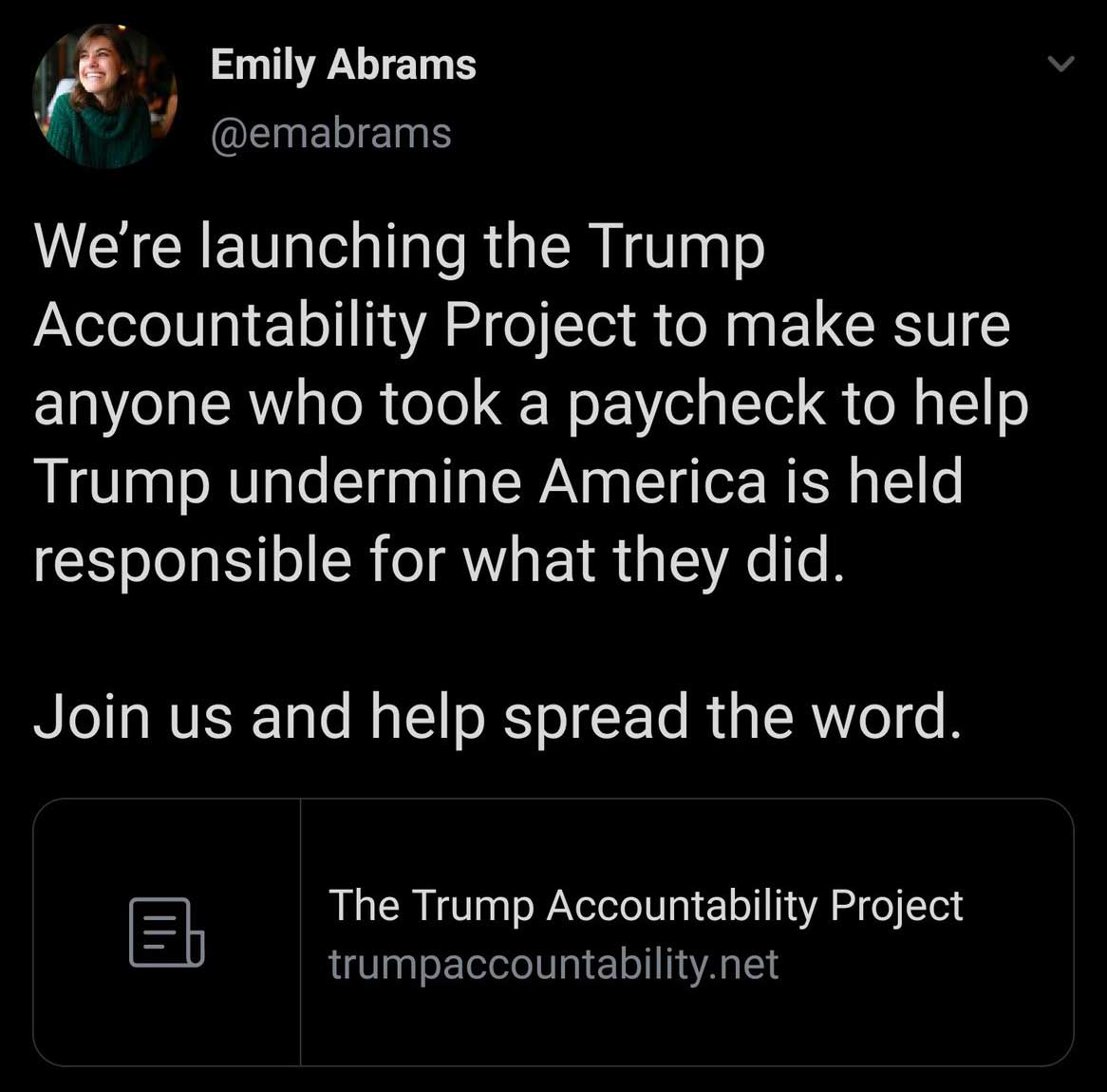 This “Trump Accountability Project” isn’t just a means to kvetch. It appears to be very real, specific and threatening. 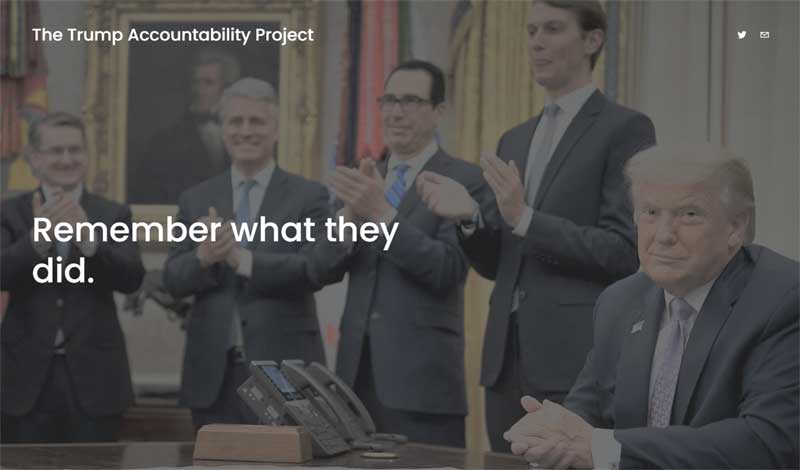 Their mission is clear. 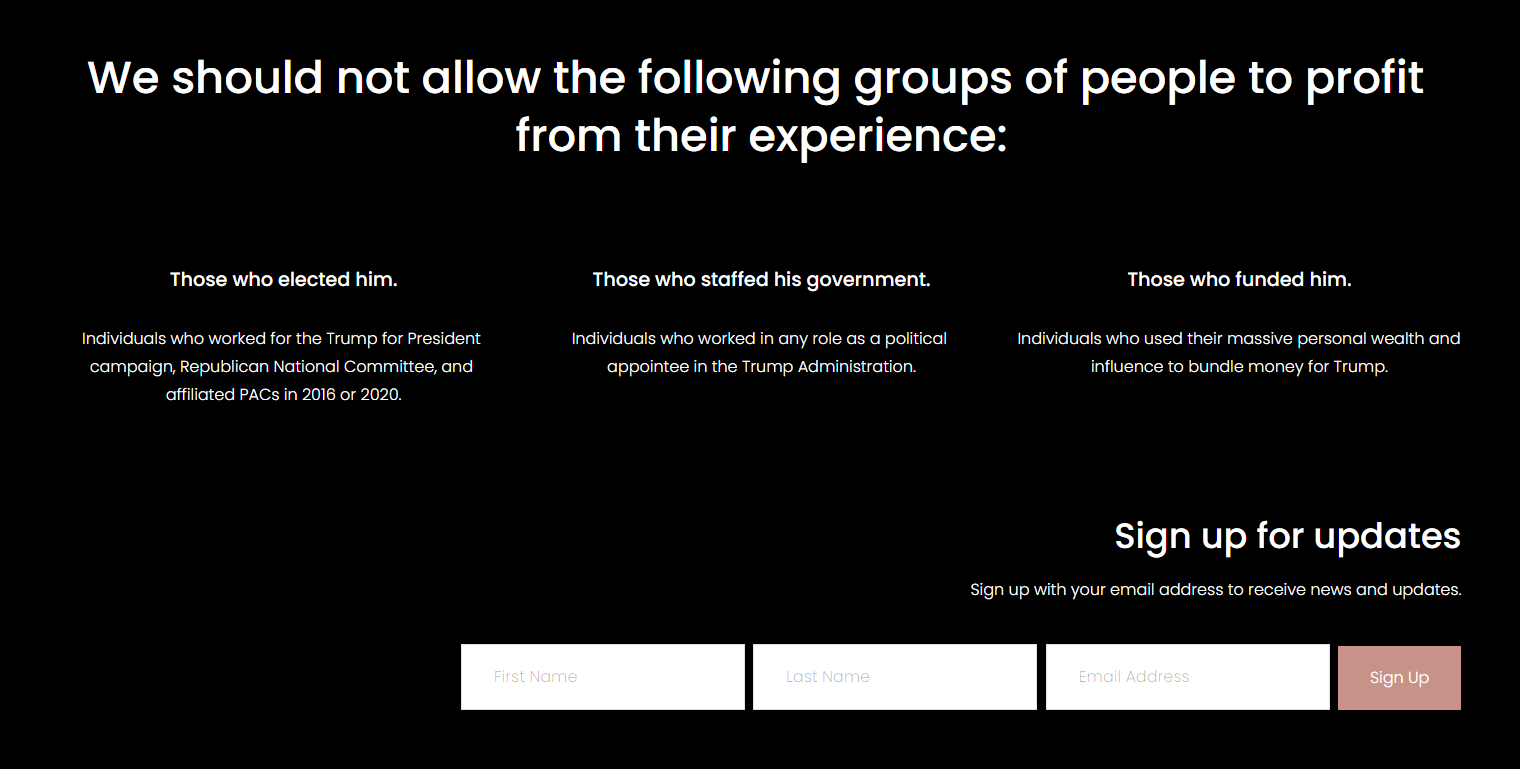 They’ll look the other way for some.

For all the damage the Trump administration is doing to American democracy, several prominent Obama alums seem to have quietly made their peace with a subtler attack on the legitimacy of U.S. institutions. Today, many are lending the prestige of their White House resumes to scandal-fraught organizations in return for large sums of money.

Elite Washington is comfortable with what it calls “the revolving door” ― the movement of government officials into lobbying, contracting or consulting jobs where they can exploit government connections for profit. It’s not considered a particularly admirable career path, but it is nevertheless accepted as a normal part of life in the nation’s capital.

The Trump Accountability Project’s mission is to target:

Those who elected him.
Individuals who worked for the Trump for President campaign, Republican National Committee, and affiliated PACs in 2016 or 2020.

Those who staffed his government.
Individuals who worked in any role as a political appointee in the Trump Administration.

Those who funded him.
Individuals who used their massive personal wealth and influence to bundle money for Trump.
— Trump Accountability Project website

Over the two-plus decades of covering politics, I can’t remember any man who publicly threatened to target political opponents from a previous administration. That’s not to say it wasn’t done; it just wasn’t in your face.

Representative Alexandria Ocasio-Cortez, Emily Abrams “National Surrogates Director, Pete for America”, and other women are ratcheting up potential punitive and/or violent actions against individuals and groups. We all know Ocasio-Cortez and Abrams won’t be physically engaged in the activities themselves; they’ll get others amped up to do it for them. It’s what full-of-yourself mean girls do.

While I’d never seek or endorse retaliatory actions, some people are not going to sit by and allow some loudmouthed women to destroy their finances, be doxxed and harassed at their homes, restaurants and places of business, and be left physically vulnerable to the liberal crazies in the street.

Any of them showing their face, I will never ever forgive them for undermining the possibility to help their own people and their own communities. It is absolutely unconscionable. And for those young Black men who think somehow they can align themselves with Trump, not only are they terribly mistaken. Black men who don’t understand… if they’re not listening to our voices, they have a price to pay.
— Rep. Maxine Waters, 10/30/20

A price we all know Waters won’t personally issue but sit back and goad others to do for her and the “list” is very real. 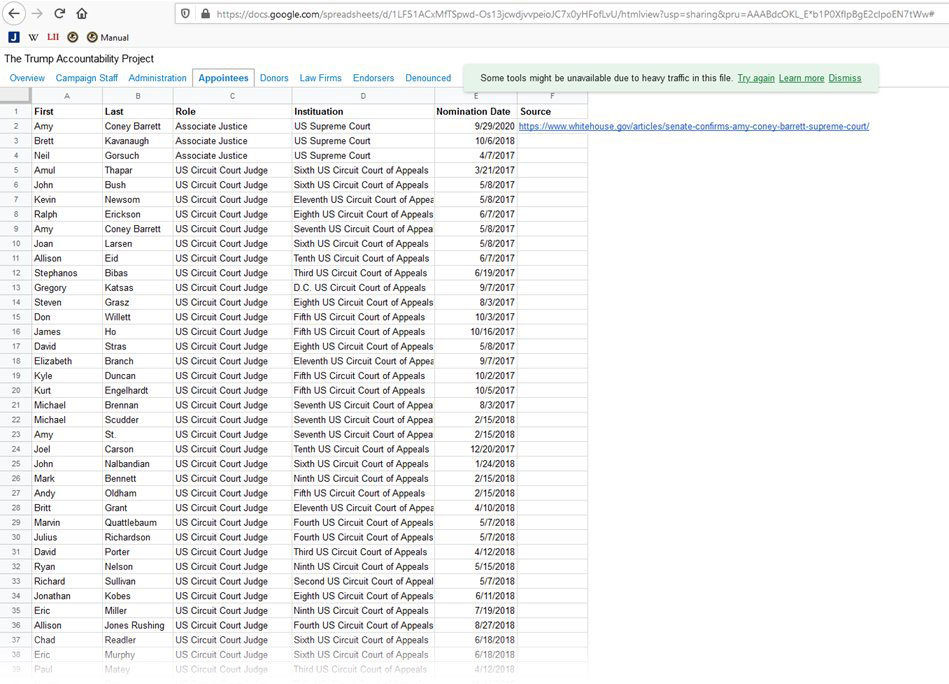 The 2020 Election is almost over. These vindictive, cowardly women didn’t get all of what they wanted. They’re calling for payback while knowing should any blow-back occur, they’ll play the “You can’t hit the girl” card.

The Trump Accountability Project website implies the targets will mostly be men. The fallacy of that assumption is a lot of those Trump-supportive men have wives, other female family members and associates who will be adversely affected by TAP’s punishment. Those women will be pissed, this could get very ugly, and they’ll have no problem hitting back.