Dominion, Elias and the Inconvenience of Selective Social/Media Censorship

The new interpretation of the First Amendment is clear: any talk of a stolen 2020 election is deemed “misleading” information and the punishment ranges from banishment off social media to deplatforming, loss of livelihood and maybe even threat of imprisonment.

In simpler words, Joe Biden won the election, there was no cheating, the “media” said so; shut the fuck up… or else.

Dominion Voting Systems is even going as far as issuing million dollar lawsuits against anyone who dare imply their machines did anything to alter the solemn votes of Americans in favor of one candidate over another.

Lawyers for Dominion Voting Systems have asked Facebook, YouTube, Twitter and Parler to preserve posts about the company, even if the material was already removed for spreading misinformation.

The posts need to be kept “because they are relevant to Dominion’s defamation claims relating to false accusations that Dominion rigged the 2020 election,” according to the demand letters from Dominion’s law firm Clare Locke. Dominion sued Rudolph W. Giuliani and Sidney Powell for more than $1.3 billion each in January, alleging that the lawyers defamed Dominion by saying the machines were used to steal the election from President Donald Trump.

Dominion warned in its letters to the social media companies that more lawsuits would be coming.

Facebook, Twitter and YouTube all have policies against spreading election-related misinformation. They have been removing — with varying degrees of success — posts falsely suggesting the election had been rigged since the baseless rumors began spreading in November. Parler was effectively knocked offline in January when Amazon, Apple and Google stopped providing it technical services for violating their policies against online posts that incite violence.
— Washington Post, 2/4/21

If ANY mention of voting machine “irregularities” can and will be met with a lawsuit, why are voting machines being blamed for an election loss? 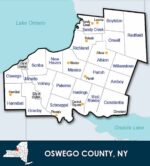 Respondent the Oswego County Board of Elections (“Oswego County”) encountered “voting machine issues in Constantia Districts 1 and 3 and Williamstown,” which required all ballots cast to be “hand counted and added to the machine totals in those election districts.”

In this case, there is reason to believe that voting tabulation machines misread hundreds if not thousands of valid votes as undervotes, (supra at 4), and that these tabulation machine errors disproportionately affected Brindisi, (id.).
— Memorandum in Support of Proposed Order to Show Cause of Respondent Anthony Brindisi, Perkins Coie LLP, 2/1/21 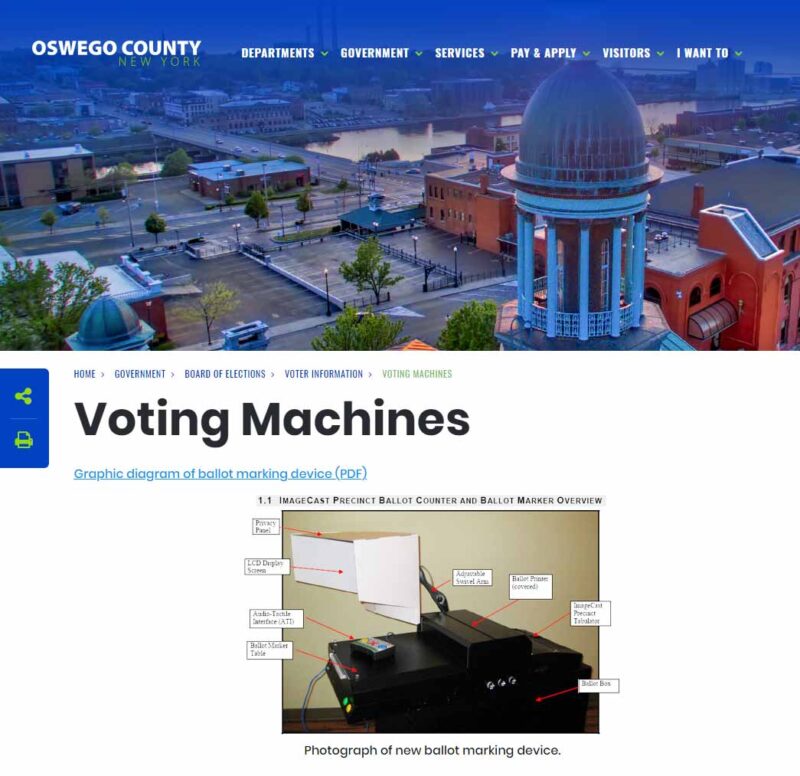 Who makes IMAGECAST® machines and software? 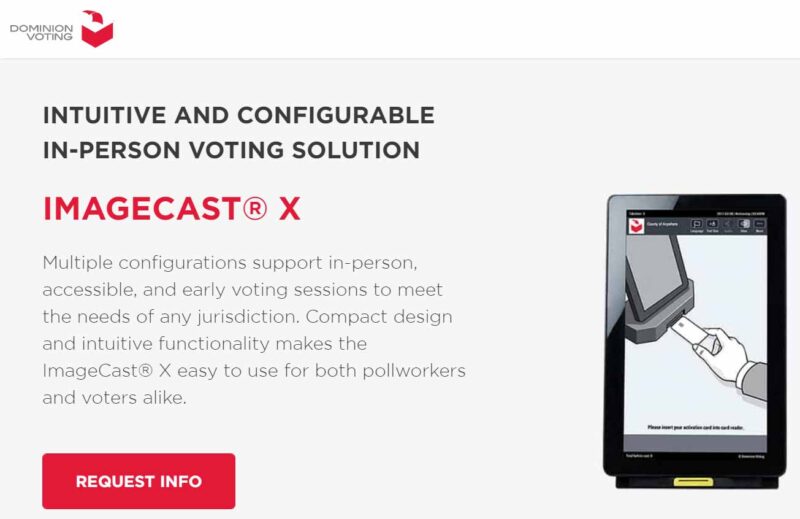 And what lawyer, who values his or her license to practice and speak freely, would risk it all to imply a Dominion voting system provided problematic results in an election?

Marc Elias, the election lawyer who represented Democratic challenges to state rules throughout the 2020 election, alleged in a court filing this week that a close congressional race in upstate New York was marred by faulty voting machines.

In the congressional race for New York’s 22nd district, Republican Claudia Tenney currently leads incumbent Democrat Anthony Brindisi by a razor-thin margin of 125 votes. Tenney declared victory on Tuesday, though challenges continue. In a legal filing Monday requesting a manual audit of the election, Elias, whose Perkins Coie law firm is representing Brindisi, argued that there were “substantial errors and irregularities in the conduct of the election.”

Citing alleged discrepancies between votes counted by hand and votes counted by ballot machines, Elias argued that the error rate, extrapolated across the entire district, could mean that thousands of votes were improperly counted by the machines.

Marc Elias has made a nice living casting doubt and trying to overturn the results of elections; ONLY elections where the Democrat lost.

Elias is also representing defeated Democrat Rita Hart in Iowa’s 1st congressional district, who lost by six votes to Republican Rep. Mariannette Miller Meeks (R-IA). He is asking the Democrat-controlled House to overturn the result of the election and seat Hart, despite certification of the vote by state election authorities, bypassing Iowa courts in the process.

In addition, as Breitbart News has noted, “Elias was responsible for hiring opposition research firm Fusion GPS, on behalf of Hillary Clinton’s campaign and the Democratic National Committee, [which produced] the fraudulent “Russia dossier” on then-candidate Donald Trump in 2016.”
— Breitbart, 2/3/21

Of course, and as usual, the hypocrisy is in your face.

If you’re a Democrat who lost a race in 2020 due to voting irregularities with a Dominion voting machine, everything necessary can and will be done to overturn the results of that election with no fear of media criticism and legal repercussion on the horizon.

However, if you’re a Republican who makes similar claims and dares mention Dominion, you will be publicly labeled a kook sharing fact-checked and debunked misinformation, be banished from social media and sued into oblivion.

Welcome to the First Amendment to the Constitution of the United States, circa 2020-21.