Racism is nothing new to Massachusetts. While there are many fine people who live there, there are also those who believe Massachusetts should stay dis-proportionally white. Anyone who lived in Boston, as recent as the 60’s and 70’s knows this. Professional black athletes share their experiences and issue public warnings before encountering Boston sports fans. Most who grew up in previously poor neighborhoods know they’re no longer welcome after the gentrification local liberals lamented, until they bought up those properties, give the evil eye to former residents.

With that, the recent controversy in Martha’s Vineyard comes as no surprise (especially as we’re talking about the privileged Karens who live far away from those people) how batshit crazy many islanders got when brown faces were deposited without advanced notice or permission, and how quickly they were able to get politicians to mobilize the most efficient of resources to have them removed in less than 48 hours.

Black people have seen these progressive smiles and condescending gestures of tolerance before. 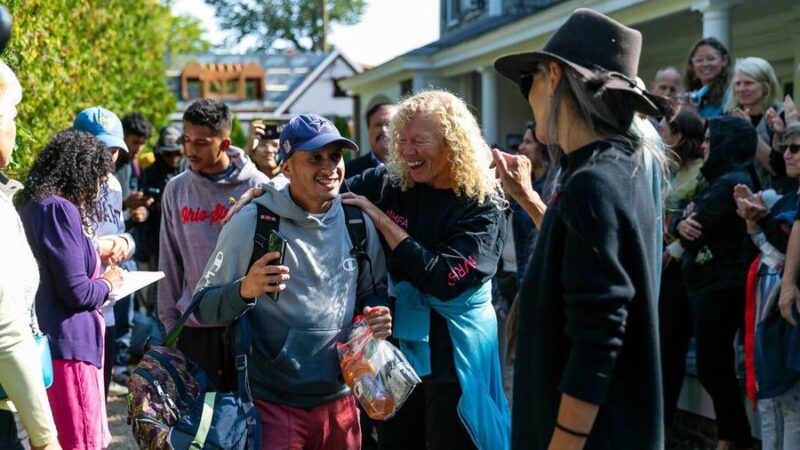 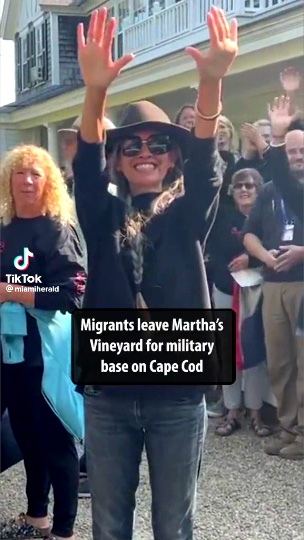 Now, you want me to call someone to come get you…?

Massachusetts called in the National Guard on Friday to deal with the “humanitarian crisis” that locals claim was set off by just 50 migrants being flown to Martha’s Vineyard by Florida Gov. Ron DeSantis — before the deep-blue state shifted the new arrivals to Cape Cod.
— New York Post, 9/16/22

Sadly, the rest of the nation isn’t as hooked up and fortunate.

You know, just like the rest of the nation has had to endure since these same Massachusetts liberals overwhelmingly voted for the president who’s inflicted so much unnecessary pain on the nation. It was no problem… until it happened to them.

The left has the chutzpah to lecture the nation about racism, diversity, inclusion, equity, etc. while those who have more than their fair enough to vacation yearly on Martha’s Vineyard, let alone own multi-million dollar mansions, spend their leisure time far away from any of the “people of color” they claim to champion. 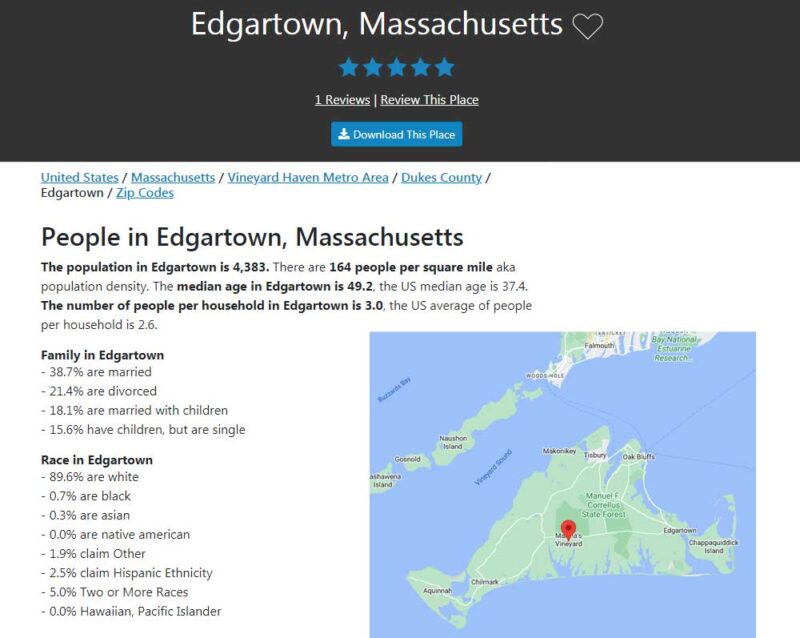 The super-majority-plus of Martha’s Vineyard 90% white residents voted for Joe Biden, applauded his illegal alien invasion-campaign promise, and may have gotten a heads-up (maybe from DHS vacationers?) about the Venezuelans they had quickly removed.

A recent Department of Homeland Security intelligence report received by the Border Patrol instructs agents to look for Venezuelan inmates released from entering the U.S., according to a source within CBP. The report indicates the Venezuelan government, under the leadership of Nicolás Maduro Moros, is purposely freeing inmates — including some convicted of murder, rape, and extortion. Of the thousands of Venezuelan migrants surrendering along the U.S.-Mexico border daily, most, according to the source, are being released into the United States.
— Breitbart News, 9/18/22

The message was sent loud and clear while we’ll probably never know the true extent and urgency of phone calls made directly to local, state and federal politicians. By the end of the second day of the invasion, Martha’s Vineyard was cleansed of the scourge of illegal aliens they previously claimed to welcome into the nation. All was well and good until they washed ashore onto their island.

Telemundo: Not all residents are thrilled at this migrant dropoff
Facebook Thread Shows How Martha’s Vineyard Residents Really Felt About Illegal Immigrants In Their Community And It’s Not Something You Can See On The MSM
NBC News deletes tweet with activist quote comparing migrants in Martha’s Vineyard to ‘trash’

No “Key to the City” for this huddled mass. No “Give me your tired, your poor, your huddled masses yearning to breathe free, the wretched refuse of your teeming shore.” No “Send these, the homeless, tempest-tost to me, I lift my lamp beside the golden door!”

No, they were quickly shown the door and you don’t inconvenience, let alone embarrass, politically-connected, vindictive liberals with money on their own turf… ever.

Sheriff Salazar is a Democrat.

… said that an illegal Venezuelan migrant allegedly was paid to “recruit” the others to board the planes “under false pretenses.” Salazar explained that he was in touch with attorney Rachel Self of Boston, adding that his office hadn’t interviewed her clients yet. The DCNF recently obtained the documents the illegal migrants were given before boarding the flights that showed their destination would be Martha’s Vineyard. A source close to the situation also told the DCNF that the illegal migrants were “asked multiple times if they wanted to go.”
— Daily Caller, 9/19/22

Meanwhile, the timing of this incident couldn’t have been better for island commerce. It happened long after the vacation season ended and those who may have had political reservations about the hypocritical tone of the residents, will hopefully forget before making their lodging reservations next spring.

The lesson remains the same: if you’re rich, white and liberal in Massachusetts, you can get away with almost anything. The rules don’t apply and you won’t be held responsible for your vote. If you’re not white and come to the island of liberal Karens without a paid reservation or intention to spend money, they’ll kick your ass outta’ there with the efficiency displayed for the whole nation… with a smile.