Had any of the participants been a Republican, that’s all we’d be hearing about and the whole party would be implicated and shamed by the left and their media. But since, in this latest case, we’re talking about Democrats and their racism, you’ll be hard pressed to know the party affiliation of the gross offenders.

In what they thought was a private conversation, some of the most powerful people in Los Angeles politics gathered to discuss the city’s once-every-decade redistricting process. Council President Nury Martinez, Councilmembers Gil Cedillo and Kevin de León and Los Angeles County Federation of Labor President Ron Herrera were all present. Martinez is now facing calls for her resignation.

The same Kevin de Leon who led an effort in 2019 to make all of California a sanctuary state.

Martinez and the other Latino leaders present during the taped conversation were seemingly unaware they were being recorded as Martinez said a white councilmember handled his young Black son as though he were an “accessory” and said that Councilmember Mike Bonin’s son “parece changuito,” or is “like a monkey.”

It would appear there’s more of an issue that these comments were “leaked” instead of the comments being made in the first place.

Instead of offering potential Pulitzer nominations, as would probably be the case had these busted councilmembers been Conservatives, there are more important questions that someone’s going to have to answer for….

With L.A. still reeling from the contents of the audio, much about the recording itself remains a mystery: Who made it? And how? Who leaked it? And why?
— Los Angeles Times, 10/13/22

After all, the reason Nury Martinez has only resigned her presidency and Cedillo and de León have not resigned from the council is obvious: while they are Democrats, who would hire and cover the opulent compensation they currently enjoy? 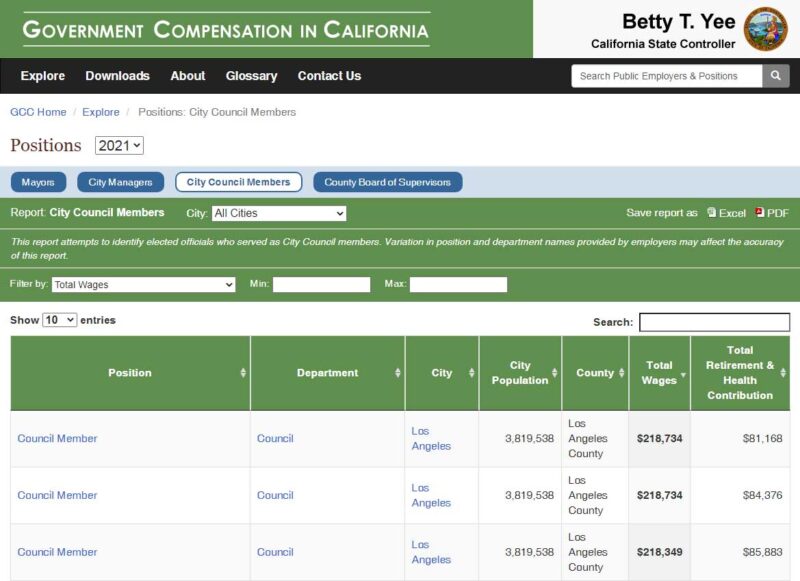 Martinez , Cedillo and de León stand to lose over $303,000 each (as of 2021) in salary, health benefits and pension; a dollar amount that translates to now potentially-devastating monthly bills they won’t easily cover. Los Angeles County ain’t a cheap place to live, especially if you live in nicer neighborhoods during the Biden recession.

The deliberate and ongoing cover-up of the party affiliation of these racists is yet another disservice to those on the left who are continually found to be clueless of the racist history of the Democrat party. Not to mention the latest justification for total dismissal of the overpaid media as an accurate source of news. They seldom admit being wrong and once found to be so, lack the decency of issuing apologies when appropriate.

In this case, their bias is self-serving and expected.