Let’s start off with a pattern I saw developing way back in 2008….

The pattern became a consistent.

“When Bad Things Happen to” became an ongoing theme where the special are more than okay with obviously absurd policies they advocate, but when bad things happen to them, it suddenly becomes an emergency worthy of national discussion. In 2020 dozens of American cities were plagued by liberal-sanctioned “mostly peaceful” protests, violence, burning, looting, billions of dollars in damage and the Democrat response almost universally was the police were the bad guys and needed to lose their jobs. Regardless if it would make the impacted cities more unsafe, it was okay because politicians generally live in nice neighborhoods devoid of the civil carnage.

It was inevitable that the soft bail policies of Democrat politicians in blue cities would result in those deemed special being caught up in the hoopla. 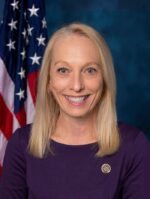 Congresswoman Mary Gay Scanlon, D-Pa., became the victim of a carjacking at FDR Park in South Philadelphia, according to police. Scanlon was carjacked at gunpoint on the 1900 block of Pattison Avenue around 2:45 p.m. Wednesday following a meeting at the location. Philadelphia police say Scanlon was walking to her vehicle when she was approached by two unknown Black males approximately 20-30 years old. The suspects demanded the keys to her blue 2017 Acura MDX. The congresswoman handed over the keys to her vehicle and one of the two suspects drove off in the SUV. The second suspect entered a second dark-colored SUV and followed the other suspect.

Scanlon’s SUV was found in Delaware Wednesday night near the Christiana Mall. State Police say five people have been taken into custody. No word on charges at this time.
— Fox 29 Philadelphia, 12/22/21

Note how quickly these suspects were apprehended as she was special and her case received special treatment.

The investigation determined a 19-year-old man was involved in the armed carjacking in Philadelphia, police said. He was turned over to the FBI. Scanlon’s office said she expressed gratitude to city police for their quick response and to her local police department and the Sergeant at Arms in Washington for working with Philadelphia police “to ensure her continued safety.”
— Associated Press, 12/23/21

I’m appalled to learn of this violent crime that was perpetrated against my friend and colleague, Congresswoman Mary Gay Scanlon. My thoughts are with her during what I’m sure is a traumatic time.
— Jim #VaxUpPhilly Kenney (@PhillyMayor), December 22, 2021

This wasn’t an anomaly…. 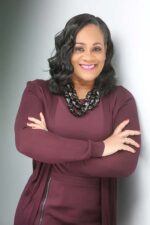 Illinois State Sen. Kimberly Lightford and her husband were carjacked Tuesday night in west suburban Broadview. Police said, around 9:45 p.m., three masked individuals driving a Dodge Durango carjacked Lightford as she was driving a Mercedes Benz SUV in the 2000 block of South 20th Avenue, near Fillmore Street, along with her husband. Lightford’s husband, Eric McKennie, was also in the car with her.
— CBS 2 Chicago, 12/22/21

The senator said she has a hard time not reliving what happened to her every time she closes her eyes.

“I’m doing much better today. I didn’t realize what a traumatic event could do in an adult.

Welcome to the world you created for your constituents!

It’s with a heaping scoop of irony that the first people Scanlon and Lightford called after their episodes with criminals were the police, considering….

After the tragic deaths of George Floyd and other members of the Black community last spring sparked widespread protests, the Illinois Legislative Black Caucus seized the moment and embarked on an ambitious plan to dismantle systemic racism in the state of Illinois. After months of hearings, they introduced legislation to reform four key pillars of Illinois of government: criminal justice; education and workforce development; economic access, equity, and opportunity; and health care and human services.

House Bill 3653 enacts the reforms of the Black Caucus’ Criminal Justice policy pillar, the culmination of nine public hearings during which over 30 hours of testimony was gathered by the General Assembly. This comprehensive criminal justice reform bill makes significant reforms in the areas of police training in everything from crisis intervention tactics to de-escalation, police accountability, transparency in law enforcement and the rights of detainees and prisoners.
— Senator Kimberly Lightford [D], Cosponsor

The assaults on the political class continues in an expected area.

Democrat easy-on-criminals policies are “the circumstances that led to this violent act”.

Only now is it time to work.

The victimized public thanks you, Nate.

And how ironic that violence has now touched one of the most vocal of the #DefundThePolice proponents.

A vehicle belonging to Congresswoman Cori Bush, D-St. Louis, was hit by gunfire early Saturday morning, according to a source close to the representative who spoke on the condition of anonymity because they were not authorized to speak on the matter. According to the source, the vehicle was parked in the St. Louis area and Bush was not in the vehicle at the time and was not injured. It is not believed that Rep. Bush was targeted, according to the source.

When asked about the incident Rep. Bush told 5 On Your Side in a statement, “Like far too many of us in St. Louis, experiencing gun violence is all too familiar.”

“Thankfully no one was harmed. But any act of gun violence shakes your soul,” Bush said. There was evidence that someone had tampered with the door handles of other cars in the vicinity at the time of the gunfire that hit Bush’s vehicle, the source said.
— KSDK News 5, 1/27/22

Who do you think was the first person SHE called?

These will be uncomfortable stories for the woke national, especially cable news outlets to cover because the perpetrators were not white Trump-supporting racists. They were mostly black children, most probably liberal indoctrinated.

While bad things happens to those deemed more important, it flies in their desired narrative that police are evil people in need of reform and the fewer of them on the street, the better.

That is, until those deemed special need them asap.