If that’s the case, either multi-million dollar opinion hosts and smug journalists failed miserably at informing their consumers on important topics or they succeeded greatly in keeping them in the dark so they would vote the way they wanted, albeit via mass ignorance.

It also explains those interactions with hostiles on social media who seemingly bask in their ignorance, forcing you to divert and issue a quick review on a topic they quickly dispute because it wasn’t covered by NPR or The New York Times. They are quick to dismiss “The Big Lie” regarding the 2020 election while being genuinely clueless of almost everything pertinent leading up to it.

While there are those who are still attempting to get accurate tallies of votes and discrepancies of the 2020 election, there is an easier explanation why Donald Trump “lost” to Joe Biden and it’s based on a long-standing problems during elections: media bias and bias-by-omission. It’s more than apparent that without media biases run amok, aided greatly by Twitter, Facebook, and Google, the election would not have been nudged to Joe Biden and those who voted for him are now aware.

To measure the true effect of the media’s censorship on the election, the Media Research Center asked The Polling Company to survey 1,750 Biden voters in seven swing states (Arizona, Georgia, Michigan, Nevada, North Carolina, Pennsylvania and Wisconsin), six of which (all but North Carolina) were called for Biden (survey details below). We tested these voters’ knowledge of eight news stories — all important topics that our ongoing analysis had shown the liberal news media had failed to cover properly. We found that a huge majority (82%) of Biden voters were unaware of at least one of these key items, with five percent saying they were unaware of all eight of the issues we tested.

This lack of information proved crucial: One of every six Biden voters we surveyed (17%) said they would have abandoned the Democratic candidate had they known the facts about one or more of these news stories. A shift of this magnitude would have changed the outcome in all six of the swing states won by Joe Biden, and Donald Trump would have comfortably won a second term as president.
— SPECIAL REPORT: The Stealing of the Presidency, 2020 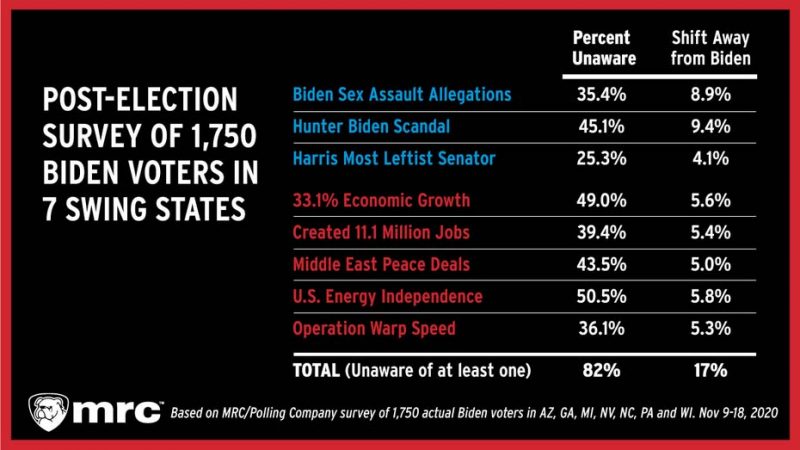 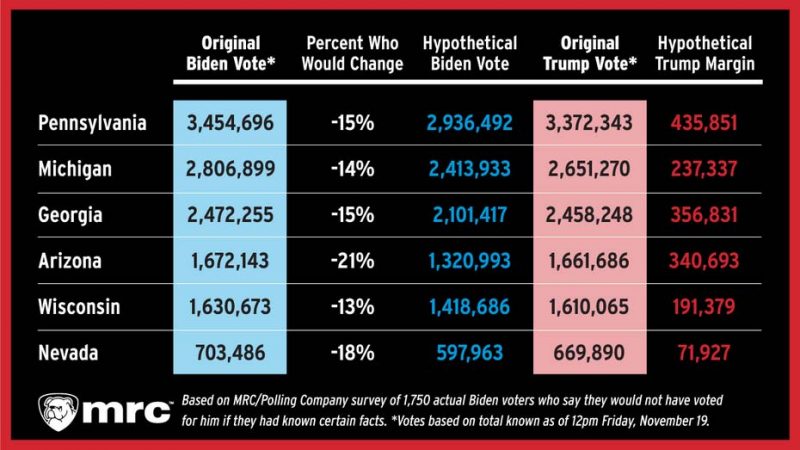 This alone could be one reason the legacy media, while begrudgingly and belatedly, is admitting the got one little piece of information wrong during the 2020 presidential campaign. Like the New York Post story on the Hunter Biden laptop, and all the various issues contained within, that was quickly dismissed by the media and censored by social media mere weeks before ballots were to be cast.

Oops. The New York Times now admits they made a boo-boo. 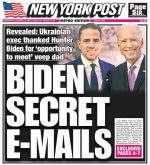 The New York Post first reported this eyebrow-raising information back in October 2020, a month before the presidential election. Pro-Biden, anti-Trump journalists, including several at the Times, portrayed the Post‘s story as unsubstantiated at best. Politico reported that “more than 50 former senior intelligence officials” believed the emails had “all the classic earmarks of a Russian information operation.” Some journalists suggested it was reckless even to acknowledge the Post‘s report. Twitter, which initially blocked links to the article, seemed to agree. While the Times did not ignore the story, the paper’s coverage treated it with skepticism and disdain.

But that was then. A year and a half later, the Times thinks the emails it viewed as suspect before Joe Biden’s election are now newsworthy. “People familiar” with a federal investigation of Hunter Biden, it reports, “said prosecutors had examined emails” between him, his former business partner Devon Archer, “and others” regarding “Burisma and other foreign business activity.” Those emails “were obtained by The New York Times from a cache of files that appears to have come from a laptop abandoned by Mr. Biden in a Delaware repair shop.” The messages “were authenticated by people familiar with them and with the investigation.”
— Reason, 3/17/22

And don’t let the latest plague on society (the “factcheckers”) off the hook. 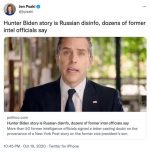 Fueled by a panic over misinformation, the fact-checking industry is shifting the media’s primary obligation away from pursuing the truth and toward upholding vague notions of public safety, which it gets to define. In the course of this transformation, journalists are being turned into rent-a-cops whose job is to enforce an official consensus that is treated as a civic good by those who benefit from—and pay for—its protection.

The fact-checkers have proved to be crucial compliance officers for the state, filtering out troublesome information before it reaches the public, torturing “the facts” until they conform to officially sanctioned narratives, and smearing dissenters as dangers to the public or stooges of Vladimir Putin.
— Tablet Magazine, 3/21/22

The left rarely admits to errors in judgment, let alone outright fraud, without a reason. Many of today’s younger journalists may not appreciate or even know the irony regarding “the boy who cried wolf” because Aesop was obviously a white supremacist misogynist. But in the ramp-up to what’s looking like a severe ass-whuppin’ coming Tuesday, November 8, 2022, the media will insist the American people listen to them before casting an informed vote.