More Than Half of Liberal Democrats Would Flee, Not Defend the USA

It took one obscure Tweet from a government agency to freak out millions…. 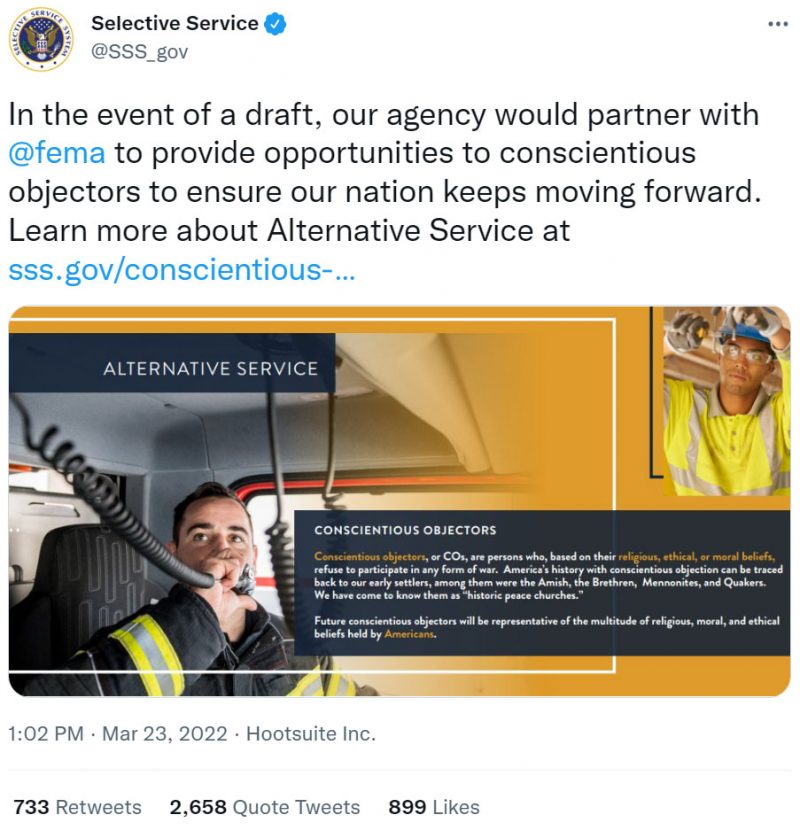 It’s not clear what inspired the folks at the Selective Service agency to put out this Tweet, but they know the left well.

Given how we’ve seen how willing they are to disrupt, loot, vandalize and burn down property, not to leave out create social disorder, it’s not surprising that the liberals value themselves over all else.

Like the illegals who stream across the southern border, these pussies are making an arrogant and narcissistic assumption that another country would willingly take in our cowards with open arms. It’s not like Black Lives Matter protests and Antifa riots weren’t seen on televisions in other countries. It’s not like the transgender-grooming onslaught in American classrooms aren’t being monitored abroad. Many in countries around the world can see who the freaks are on Twitter, Tik Tok, and Facebook. It would really suck for those who fled when the country needed them to be told by other nations, “We don’t want your kind here.”

It’s not like the United States would want them back. Think of how much more calm the country would be without the daily angst the left brings into every topic. Liberal perpetual misery and documented insanity is their normal so even if the USA were conservative-free tomorrow, they’d eventually drive all crazy.

There are a lot more things that would America a better place if Democrats fled. Sadly, it might take a war scenario to cleanse the nation of the infection but if we could start again without them, the United States would be a better place instantly.