Black Republicans understand how much Democrats hate them.

Democrats also hate anyone who makes history at their expense.

Now, Representative Mayra Flores (R-TX) understands. You think it was something she said on her campaign website? 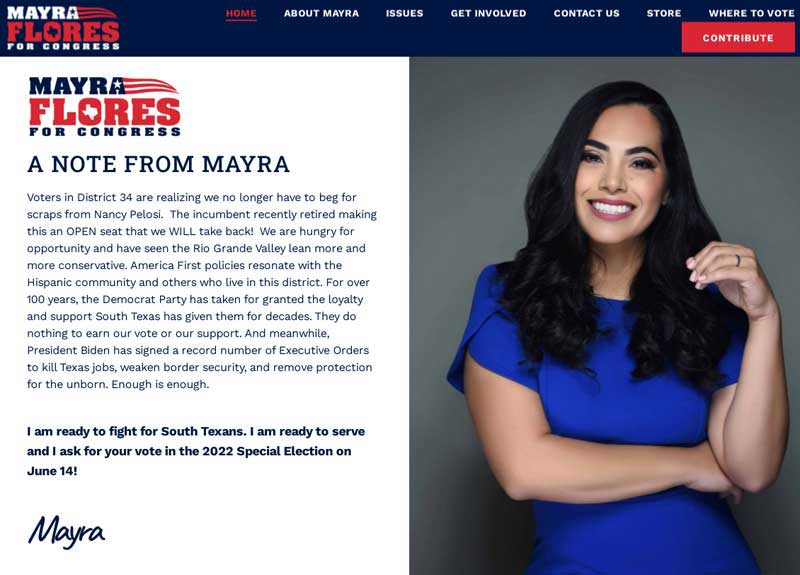 Voters in District 34 are realizing we no longer have to beg for scraps from Nancy Pelosi. … For over 100 years, the Democrat Party has taken for granted the loyalty and support South Texas has given them for decades. They do nothing to earn our vote or our support.
— mayrafloresforcongress.com

Americans were witness to the petty vindictiveness Speaker Nancy Pelosi is capable of. They say one of the most dangerous places to be is between Senator Chuck Schumer and a camera. Nancy Pelosi is apparently a close second, Mayra Flores has no doubt seen the video of the ceremonial swearing-in and is probably really pissed: a clip you won’t see anywhere on legacy media, print or broadcast.

The next time Pelosi walks into the same room with Flores could be awkward because you don’t mess with a mother’s child.

If Democrats thought a Latino revolt was something that could be averted, the “Pelosi elbow” will be shared from now until Election Day and beyond.