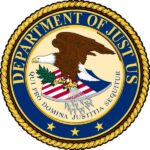 Considering how much classified information was on, and hacked from, Hillary Clinton’s server, you’d think what the feds have “recovered” from Donald Trump’s Mar-a-Lago home was a potential catastrophe. But in absorbing any pontifications from the left political, pundit, activist class, anytime you hear of this domestic terror/insurrectionist threat, replace the words “preserving our democracy”, “national security”, “free and fair elections”, etc. with the word Democrats.

It’s all about doing and saying anything that keeps Democrats in power and out of jail, period.

It’s also been speculated the feds really went to Trump’s place to retrieve any and all incriminating documents he has regarding the numerous frauds and crimes committed against him and the courts from the start of his presidential run in 2015, presidency in 2017 through the 2020 election.

By the authority vested in me as President by the Constitution and the laws of the United States of America, I hereby direct the following:

Section 1.  Declassification and Release.    At my request, on December 30, 2020, the Department of Justice provided the White House with a binder of materials related to the Federal Bureau of Investigation’s Crossfire Hurricane investigation.  Portions of the documents in the binder have remained classified and have not been released to the Congress or the public.  I requested the documents so that a declassification review could be performed and so I could determine to what extent materials in the binder should be released in unclassified form.
— President Donald Trump, Memorandum on Declassification of Certain Materials Related to the FBI’s Crossfire Hurricane Investigation, 1/19/21

Which brings us to Sir Isaac Newton’s Third Law of Motion: “For every action, there is an equal and opposite reaction.”

The FBI’s nine-hour, 30-agent raid of the former president’s Florida estate is part of a counterintelligence case run out of Washington – not Miami, as has been widely reported – according to FBI case documents and sources with knowledge of the matter. The bureau’s counterintelligence division led the 2016-2017 Russia “collusion” investigation of Trump, codenamed “Crossfire Hurricane.”

The FBI agents were given the authority to confiscate “any government and/or presidential records created between Jan. 20, 2017, and Jan. 20, 2021,” which covers Trump’s full term in office. That meant they were able to take any item related to the Trump administration.

If we’re to accept what we’ve been told to date, we’re talking thousands of documents and many could include incriminating information that could result in firings, loss of pensions, criminal charges, debilitating legal expenses, and possible imprisonment for no less than treason. These people could care less about the reputational damage to federal institutions. Federal employees are so well paid, they accumulate substantial monthly expenses and when that spigot is suddenly cut off, all hell can and will break loose. These people have a lot to lose and we’re going to be subtly reminded more and more how much they will be imperiled, marriages and children held in the balance, if the information seized at Mar-a-Lago ever sees the light of day.

Former FBI counterintelligence official and lawyer Mark Wauck said he is troubled by signs that the same cast of characters from the Russiagate scandal appears to be involved in the Mar-a-Lago investigation.

“If these people, who were part of a major hoax that involved criminal activity and displays of bias and seriously flawed judgment, are still involved, then that’s a major scandal,” he said in an interview.
— Real Clear Politics, 8/18/22

Every time there’s a possibility of a government shutdown, we’re also told to show pity on those who’ll end up getting paid in full once the shutdown ends. This will be extended to all of those “resistance” Democrats who brought their intolerance to the office and used the law enforcement club of the federal government to smear and ruin a presidential candidate, President of the United States, and everyone who had anything to do with his campaigns and administration. There was sadistic disregard to collateral damage done and every attempt was made to assure Democrat accomplices would land softly with the assistance of a sympathetic and politically-aligned media.

This is why the feds will do everything possible to maintain the “ongoing investigation” excuse to keep any and all information from the public. The only thing that can reverse this is President Trump declassifying everything again after re-implementing Schedule F in 2025.

Once the truth, the whole truth, and nothing but the truth comes out, Republicans and conservatives won’t devolve into a murderous rage. Democrats do that. But the right, and millions of Americans who believed the lies spewed from the agencies through the Fake News Media, will be very pissed and they’ll want to see that happy ending where the bad guys get their just deserts in the end.

And after all that’s happened politically since 2015, rightfully so.