What’s sad is that we may have a well-to-do Republican donor who seems to have a great sense of humor. However, it also appears he lacks common sense (speaking to the Associated Press) while believing he has the power to dictate who should and should not be in a Republican debate.

Donald Trump’s recent statements regarding illegal aliens (and the deadly ramifications of non-enforcement of our immigration laws) have struck a raw nerve with some, especially in illegal-rich California….

At least one “top” Republican donor wants the party to keep Donald Trump from taking a seat on the debate stage.

“Someone in the party ought to start some sort of petition saying, ‘If Trump’s going to be on the stage, I’m not going to be on there with him,’” Republican donor John Jordan told The Associated Press on Monday, according to a report published Tuesday. “I’m toying with the idea of it. It’s something I feel strongly about as somebody who not only cares about the Republican Party, but also Latinos,” he added.

Well, if we’re talking about ethnic sensitivity, it would be nice if that sensitivity extended to all because common sense also would dictate the use of blackface is not universally well-received. 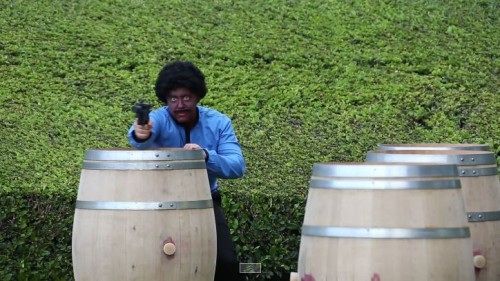 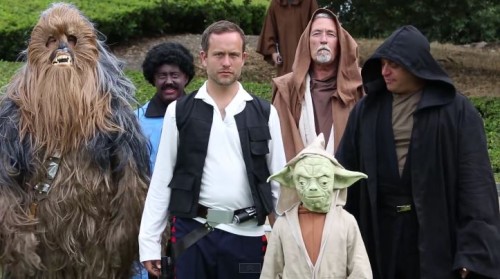 In the “2014 Year in Bloopers – Jordan Vineyard & Winery” video, a white actor (and/or employee) in blackface appears as the character “Lando Calrissian” in their spoof of “Star Wars”.

Aside from this obvious misstep, why is Jordan speaking out against Trump? Could it be sticking up for illegal Mexicans for the more obvious reason…?

The majority of hired farmworkers in the U.S., estimated at around 1 million, are Mexican, according to the U.S. Department of Labor. In California, Mexican migrants account for 90% of hired workers, according to independent estimates.

Many of us on the right have tried to be consistent when it comes to the lack of border enforcement and the hiring of illegals. Some Republicans are squishy on immigration law, thus they would understandably have issues with Donald Trump’s awakening of the topic. The left has taken notice; so should we.

Trump’s comments on illegal aliens are probably making things tough for those who rely on illegal labor.

As in other states, California has been looking at harsher crackdowns on immigrants, with a tightening up of regulation and inspections that keeps many workers out of the fields because wineries, like the rest of the agricultural industry, rely heavily on undocumented labor. 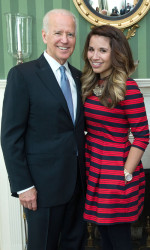 To be fair, there are many in California’s agriculture industry that relies on illegal labor, from the average entrepreneur to those at the highest levels in government. But if you’re going to be a real Republican, it should foremost be about the rule of law and ethics. That’s not naivete; that’s called obeying the law.

Mr. Jordan of the Jordan Vineyard & Winery should remember the Republican Party was founded as an abolitionist party to slavery, thus not exploiting labor (no matter how they got here) should be a no-brainer. If he’s got a philosophical or financial reason for opposing Donald Trump’s claims, he should take it up with him personally. But to call for his not being able to speak, despite his earned-top poll numbers, is not only contrary to the conservative reverence for free speech, but implies Jordan thinks he has the right to choose our candidates because his checkbook gives him Party access we don’t.

Let’s (again) hope that’s not the case because we’re going on eight years of their bad choices, and bipartisan sucking up to illegals can only result in giving us eight more.