If you’re not politically aligned with the self-appointed entertainment royalty, they feel free to insult our intelligence, express their desire to do us bodily harm, encourage others to do violence to a president they didn’t authorize us to support, and seemingly have no fear of professional repercussion.

That is, until the dirty little secret regarding the true level of their intellects is put out for all the world to see. 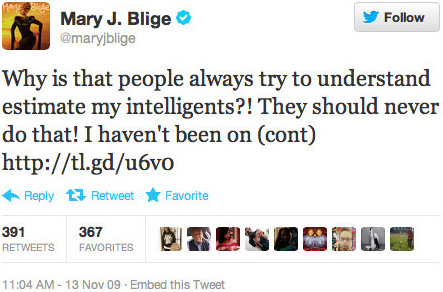 Yes, an occasional Tweet has to be deleted and off-the-cuff comment apologized-for but the personal fallout is minimal thanks to publicists and an ass kissing-for-access media.

I became an American citizen recently, and that night, we watched the Republican debate and I thought, ‘This was a terrible mistake. What have I done?
— Emily Blunt, Hollywood Reporter, 9/14/15

Many people (as a result) have decided not to purchase their music, watch their television programs, go to the theater and pay lavish amounts to see their movies and yet they still won’t stop hurling political and/or personal insults on social media or friendly media platforms leaving millions asking why.

The answer is quite simple, muthafukkah.

Most Americans go to work and their next paycheck depends on the quality of work they do. However, this 1.01 of employment etiquette doesn’t apply to celebrities and professional athletes and if you think about it, it’s really not all that fair.

Unlike most of us, they get paid upfront for services yet to be rendered. How many athletes get monstrous contracts after a good season just to go into a rude slump after the signing? Many movie stars are paid millions to appear on screen just to see the box office numbers for a particular production bottom feed. Once they get paid to perform, the results are what they are and they could care less. How the general public perceives of them is fairly irrelevant unless if affects a team or a television series where ratings determine the livelihoods of costars and crew. Then, you may hear an apology after a political, racial, or sexist insult is hurled.

So, we’ll continue to see liberal celebrities and athletes insult Republicans and/or conservatives on talk shows, in magazine interviews, and especially on social media. Their bank accounts are healthy and a couple bad Tweets aren’t going to limit what’s on their dinner table or put a mortgage payment in peril.

They’ll smile when we see them in commercials for products we may lose interest in purchasing in the future. They’ll come off as very nice people when they appear at special events but remember, they have one advantage millions of Americans don’t: they can hate our guts, say as much, and it won’t hurt them because they’ll continue to get offers and paychecks from people who think just like them.

Maybe the only thing that could possibly send a message to these self-important celebrities is the one word that insults them the most: when responding to one of their outbursts, respond with “Who”?

See Lib Hate Excused for many examples of celebrity public disdain for their consumers.