Why the Arrogant, Liberal Media Needs Remedial Training in Journalism

We’ve presented multiple examples of media bias and their arrogance in defending their deceptive edits, bias-by-omission, and/or errors. We’ve also been witness to that arrogance when they break the most fundamental rules of journalism, like relying on the word of someone who won’t go on the record.

Of course, it took someone who had reach for our reminders to be validated, along with sloppy reporting from some of our nation’s more important news outlets.

Then again, we’re really not talking about serious journalism but political advocacy and things get really dicey when you call the media on the basic rules regarding “sources”.

Calling out the media malpractice drew the expected response of faux exasperation and outrage because anyone dared not believe, thus respect them. 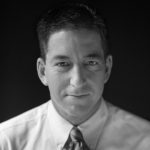 U.S. media outlets are very good at demanding respect. They love to imply, if not outright state, that being patriotic and a good American means that one must reject efforts to discredit them and their reporting because that’s how one defends press freedom.

But journalists also have the responsibility not just to demand respect and credibility but to earn it. That means that there shouldn’t be such a long list of abject humiliations, in which completely false stories are published to plaudits, traffic, and other rewards, only to fall apart upon minimal scrutiny. It certainly means that all of these “errors” shouldn’t be pointing in the same direction, pushing the same political outcome or journalistic conclusion.
— Glenn Greenwald, The Intercept, 12/9/17

The media’s honesty and journalistic integrity can lead to inflaming the public and even negatively affecting the stock market and last week was one of the worst ever when it came to their errors and the real world ramifications.

Greenwald’s soul search has many examples but his conclusion is spot on, even more devastating is this is coming from a bonafide liberal.

One should expect with journalistic “mistakes” is that they sometimes go in one direction and other times go in the other direction. That’s exactly what has not happened here. Virtually every false story published goes only in one direction: to be as inflammatory and damaging as possible on the Trump-Russia story and about Russia particularly. At some point, once “mistakes” all start going in the same direction, toward advancing the same agenda, they cease looking like mistakes.

Anyone whose taken the time to consume something other than the major American news outlets understand the media took sides decades ago. But because of Rush Limbaugh and later the blogosphere, the media’s influence has dwindled while their blatant partisanship has ramped up to include liberal-trained poly-sci majors planted to occupy so-called anchor seats.

No matter your views on those political controversies, no matter how much you hate Trump or regard Russia as a grave villain and threat to our cherished democracy and freedoms, it has to be acknowledged that when the U.S. media is spewing constant false news about all of this, that, too, is a grave threat to our democracy and cherished freedom.

So numerous are the false stories about Russia and Trump over the last year that I literally cannot list them all.

Yes, there ARE that many. Contrast that with the number of false news stories about their beloved Barack Obama.

The press survived Obama’s persecution, and it will survive Trump’s mean words
“Over the past eight years, the administration has prosecuted nine cases involving whistle-blowers and leakers, compared with only three by all previous administrations combined,” New York Times reporter James Risen wrote in a Dec. 30, 2016 column. “It has repeatedly used the Espionage Act, a relic of World War I-era red-baiting, not to prosecute spies but to go after government officials who talked to journalists.”

With him, they were very careful because he DID threaten those who spoke to the media without his blessing, but back to Greenwald’s lecture. 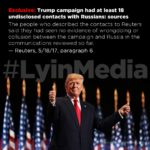 But what it means most of all is that when media outlets are responsible for such grave and consequential errors as the spectacle we witnessed yesterday, they have to take responsibility for it by offering transparency and accountability. In this case, that can’t mean hiding behind P.R. and lawyer silence and waiting for this to just all blow away.

At minimum, these networks — CNN, MSNBC, and CBS — have to either identify who purposely fed them this blatantly false information or explain how it’s possible that “multiple sources” all got the same information wrong in innocence and good faith. Until they do that, their cries and protests the next time they’re attacked as “Fake News” should fall on deaf ears, since the real author of those attacks — the reason those attacks resonate — is themselves and their own conduct.

“Anonymous sources” are precisely how the media gets to plant a premise into any story by stating someone said something that can be introduced into a narrative. You’re expected to believe that the source is credible because the media outlet said so while we have no idea if that person even exists at all.

Sharing partisan hopes versus reality since the 2016 presidential election persists to this day, and in most cases, intentionally aimed at those most susceptible due to lack of life experience and ignorance.

At this point there is mounting evidence that the Russian government meddled in the 2016 U.S. presidential elections, with methods including social media propaganda, attempted hacks into state voting systems, and discussions about damaging information on Democratic candidate Hillary Clinton with her opponent’s son Donald Trump Jr.
— Teen Vogue, 12/11/17

We’re just expected to take their word for it… again.