Intellectually-superior Democrats were all a-chuckle after the attention-seeking stunt pulled by Tennessee Congressman Steve Cohen just prior to the House Judiciary Committee hearing that Attorney General William Barr declined to attend.

And with good reason.

Politicians always jump at the prospect of being the subject of that great photo-op and Cohen is no different. However, a white southern congressman offering a fried chicken prop to black collegues is something only a Democrat could get away with.

Last year, Cohen was rebutted for many of his untruthful social media posts about President Trump, we created a meme from one of his Tweets and it’s clear his skin wasn’t extra crispy. 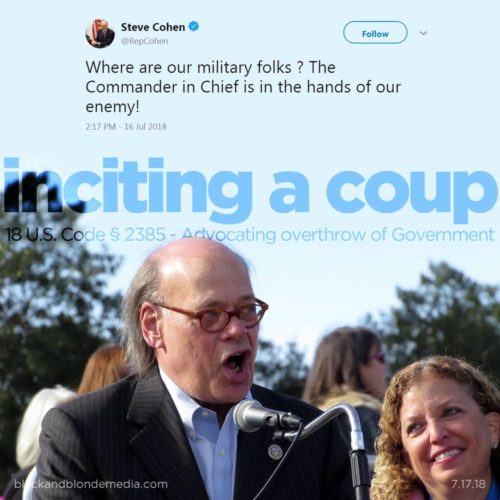 If anyone knows “chicken”, it’s Steve Cohen, and the good folks from the Tennessee 9th should reconsider just how seriously he takes the privileged position he currently holds.